As Britain’s zombie prime minister left the chamber of the House of Commons on Monday a blood-red full Wolf-Moon filled the sky. For the first time in 187 years, Venus was aligned with Mars with Saturn in the ascendency. 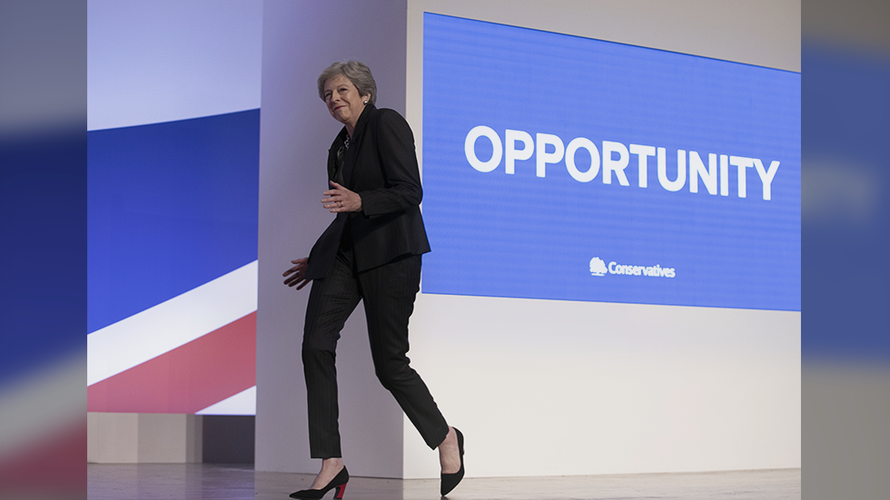 No-one can know the significance of that but everyone was clear that Theresa May’s Plan B looked remarkably like her Plan A which had the previous week been shot down in flames fiercer than any meteor.

Unless she knows something about an EU climb-down as yet unrevealed to the rest of us, she set Britain firmly into orbit heading for a No Deal WTO Brexit in just a few weeks’ time.

To seek to resurrect her failed deal with the tweaks she announced on Monday seems like a Messianic idea, a triumph of faith over facts. But it has driven the majority “Remain Camp” in British politics into a terrible bind. If Mrs. May’s Plan B works, we leave the EU on her terms or something like them, or, alternatively, we just leave the EU. These are the two poles which now have any prospect of success. The rest – delaying Article 50 and stopping the clock and/or disregarding the electorate last time and holding the referendum again are now pie in the sky.

Unless the parliamentary universe is re-aligned entirely; meaning a formal split in both the main parties and the creation of a “national government” to “save” the country from a No-Deal Brexit which is opposed, in fact, by all globalised capitalist forces – particularly the banks, the civil service, the deep state and the vast majority of the media, the commentariat, and especially the state-broadcaster BBC.

I stress this is the more unlikely of the three options but it is worth studying what it might look like as well as recalling that this has happened before.

The first Labour government of Ramsay MacDonald was brought down by the “Zinoviev Letter” in 1924. Purporting to be instructions to the Labour Party sent from the Kremlin by the “Comintern” leader, the letter was later unmasked as a forgery cooked up between “White Russian” emigres and the British Security Services.

But MacDonald came back to power in 1929 – the first Universal Suffrage election in Britain.

He resumed office just as Wall St crashed and the Great Depression took the whole capitalist world in its icy-grip. All at sea on the ice-floes MacDonald grasped onto the lifeboat offered by the Opposition Conservatives and deserted the majority of his party and formed a “National Government” led by him but kept afloat by the Conservatives.

Were this to happen again, the Speaker would have to be complicit and the Queen would have to accept it. Neither is an insurmountable obstacle (to say the least).

There are 317 Conservative MPs. At least 100 of them are Brexiteers who would never go quietly into the good night of the current political dispensation. But 200 of them conceivably could if it meant: a) avoiding a “Hard-Brexit” and b) avoiding a General Election.

There are 256 Labour MPs. Most of them hate the idea of Brexit and many of them equally hate the idea of a General Election, which would bring their own leader to power. Mindful though that MacDonald became a historic by-word for treachery in the labor movement and that “all over the country Labour people turned his portrait to face the wall” in the wake of his betrayal, let’s imagine 100 of the current crop of Labour MPs “doing a MacDonald” and betraying their banner. That gives us a hypothetical 300 MPs in a House of 650. That makes them the “biggest party” in the house by far and with a claim to the Speaker and the Queen for recognition as the “Government” of the UK.

When you factor in the support (assured) of the 11 Liberal Democrats the 35 Scottish Nationalists (if their deal was right) the 8 independents, (assured) the 4 Welsh Nationalists (assured) the one Green MP (assured) and the assured abstention from the House of the 7 Sinn Fein MPs (Irish Republicans who cannot swear allegiance to the Queen and thus cannot take their seats) this would give the “National Government” bloc 359 MPs in a House of effectively 640 (650 less 7 SF and 3 Speakers and Deputy Speakers). A much more “strong and stable” government than Theresa May could even dream off. Their purpose – canceling Brexit. Far-fetched – yes. Difficult? Enormously difficult.