A monster storm that started Sunday in California will quickly transverse across the country over the next 72 hours, spreading snow, rain, ice and a wintery mix to more than 200 million Americans. 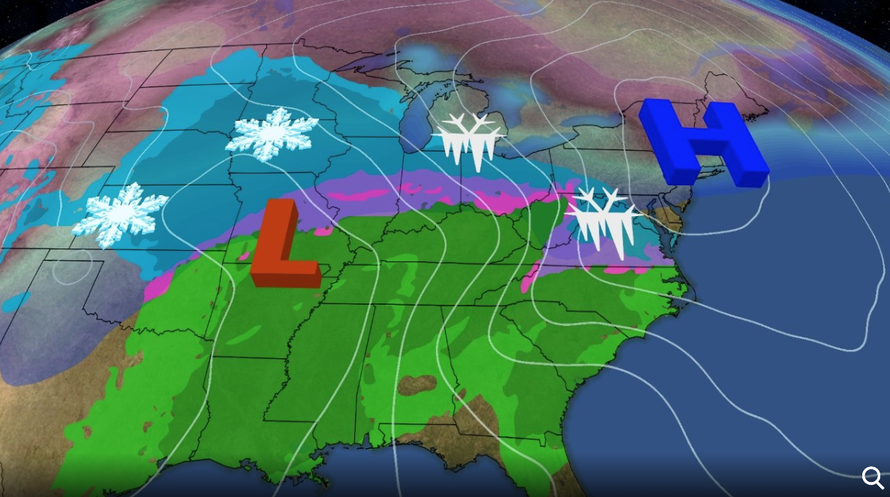 This is approximately 60% of the entire American population, AccuWeather reported.

“Parts of 39 of the 48 contiguous United States will be impacted by the massive storm, including every state east of the Mississippi River. The storm will have such a large impact on so many because it will reach parts of 26 of the 30 most populous states,” AccuWeather meteorologist Faith Eherts said. 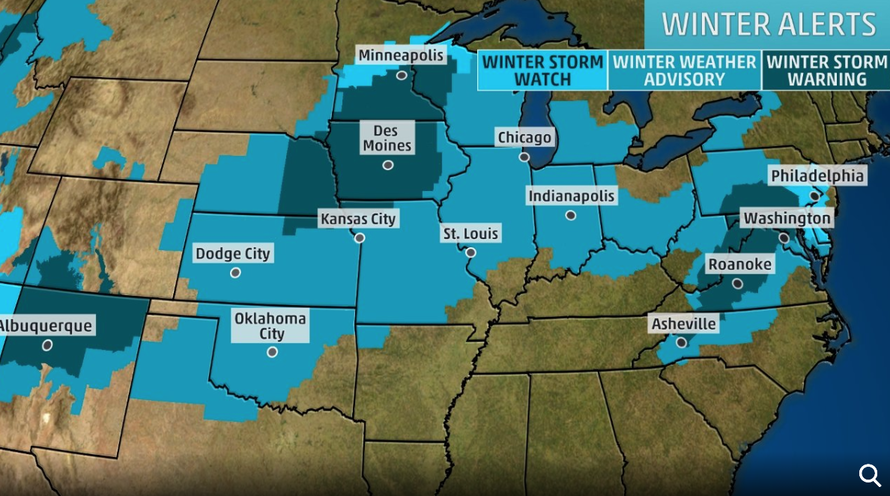 As the storm gains momentum up the Tennessee and Ohio valleys by Wednseday, it will unleash snow and ice over the Midwest, Mid-Atlantic, and Northeast.

“Since this storm will have a great deal of moisture available to it from the Gulf of Mexico and the Atlantic Ocean, a substantial amount of precipitation is likely,” said AccuWeather Meteorologist Tyler Roys. 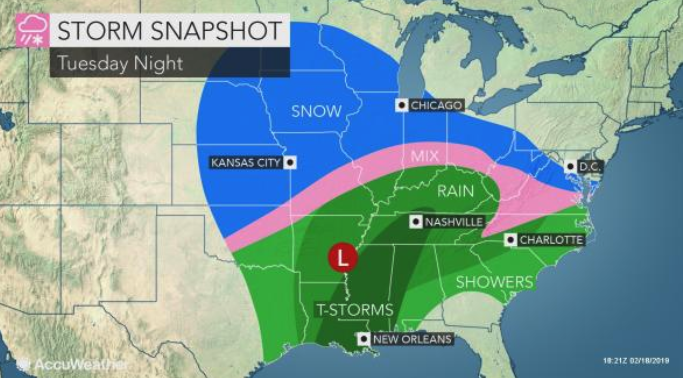 While the Deep South deals with heavy rainfall, temperatures will drop enough for wintry precipitation from northern Texas to Minnesota and Maine.

“As the moisture reaches the mid-Atlantic on Wednesday, it will be cold enough for snow from Washington, D.C. to New York City.”

Washington, D.C., Baltimore and Philadelphia metro areas can expect a quick burst of 3 to 6 inches of snow starting late Tuesday night into Wednesday, before the precipitation changes into ice then rain.

“Near the time of the change from snow to ice, it may be snowing at the rate of 1-2 inches per hour,” according to AccuWeather Senior Meteorologist Alex Sosnowski. 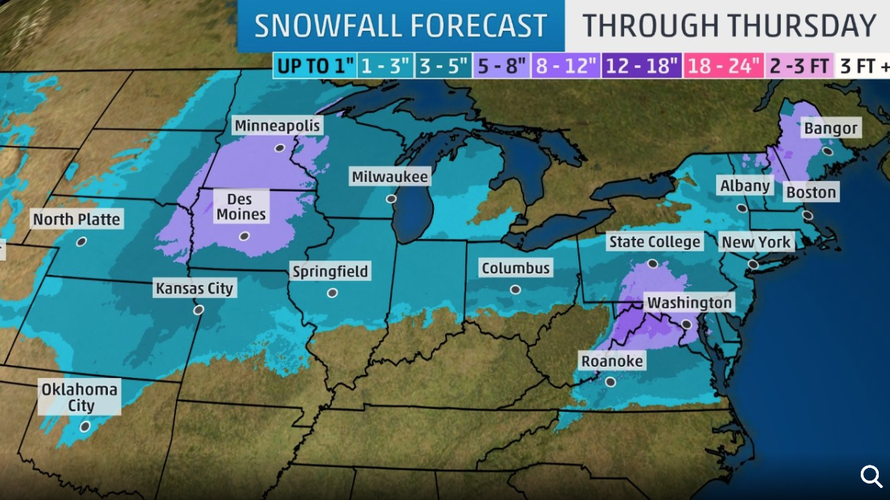 Accuweather warns that commuters in parts of the central Appalachians and the mid-Atlantic region could leave their homes in dry conditions on Wednseday morning but have a hellacious commute back.

“Any delay in the change to ice can result in substantially more snow, not only around Washington, D.C., and northern Virginia and central Maryland, but also perhaps across a large swath of Pennsylvania and perhaps areas farther to the northeast in New Jersey, southeastern New York state and New England,” Sosnowski said.

“There could be significant accumulation of ice across parts of western Virginia, West Virginia and southern and central Pennsylvania,” Roys said. “An ice storm is also possible across interior portions of southern New England Wednesday night into Thursday.” 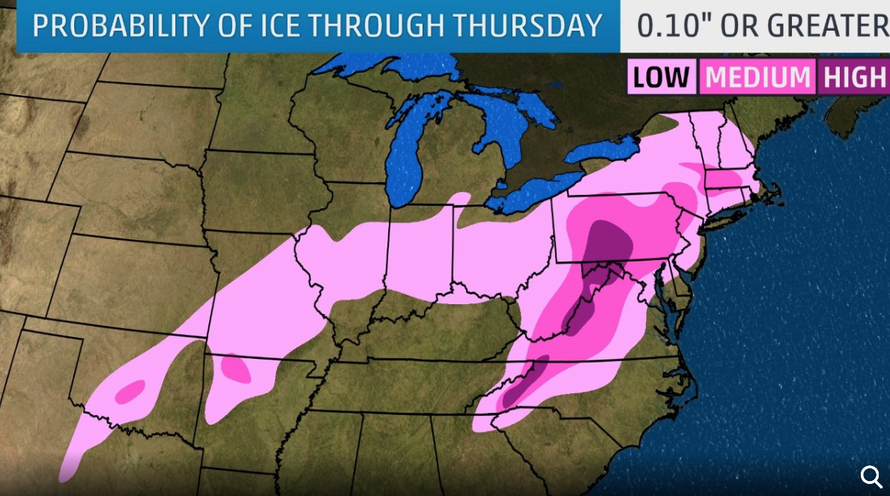 With warmer air expected to enter the region, rain will be the last form of precipitation that will fall across much of the mid-Atlantic and Northeast Wednesday night into Thursday.