Some philosophical thoughts on optimal investing and existential philosophy, by Mark Spitznagel, President and CIO of Universa Investments.

The great 19th century German philosopher Friedrich Nietzsche was an investing Ubermensch, and whether he knew that or not, his advice is more applicable to investing today than ever.

Imagine a demon approached you and declared that you would have to live your life exactly as you have lived it—including your same investment returns, with “every pain and every joy”—over and over again, for eternity.

This is Nietzsche’s “eternal return of the same” or, in this case, the “eternal return of the same return.” At its heart, it’s a hypothetical test: “Do you desire this once more and innumerable times more?” Would you kiss or curse the demon? From an investing standpoint, your answer would surely depend on your results, ex post (the actual results).

But it’s possible to set yourself up ex ante (before you know those results) to  say “yes” to that question—and “yes” to your same investing fate forever—regardless of the market’s path. This is “amor fatl” — the love of one’s fate — an existential imperative that is Nietzsche’s “formula for greatness in a human being,” and is the secret to successful investing.

What we first need to ask is, when the time comes to look back at our investing fate, how will we evaluate it? That’s the easy part: No matter what path materialized, we will want to have experienced a respectable long-term compound annual growth rate (CAGR) on our capital. If you did a good job with that, you’d be pretty happy repeating the same for eternity, wouldn’t you? The next question is a little bit harder: How to ensure that we do this? To that end, amor fati gives us a practical ethic and a way of thinking about investing. (And this is a way of thinking that most, including most of the best and brightest, get terribly wrong.) In fact, Nietzsche’s idea can have a monumental impact, “the greatest weight” as he called it. Could you endure the weight of just  one random realized path? Well, you do anyway. And understanding this simple fact is why the amor fati exercise is such a good thing.

If taken seriously (and he seemed to even take it as a cosmological fact), it can shatter and transform your temperament and disposition—arguably the most important things to get right as an investor. It flies in the face of Modern Portfolio Theory, the way we price assets and construct portfolios. Every investor implicitly aims to maximize their expected return and minimize their expected risk over a given period. Expected return is, of course, a highly-subjective, probability-weighted average of all possible “what-if” paths during that period; risk is a similar weighting of the possible bad paths. The eternal return, however, would mean that all the weight is given to just one path—the path that was actually taken.

That’s where it gets interesting: You’re going to live that one path for eternity. So to hell with all of the other alternative paths; to hell with your guestimates of probability, expectation, and risk. No more “Oh, I just got unlucky, but my expectation was right!” We don’t have the luxury to just be right in expectation, or in theory; we have to just be right. We only get one go at this, only one singular, as Gottfried Leibniz coined, “beste aller moglichen Welten” (“best of all possible worlds”), and that’s it.

More than ever, investors need to optimize risk by investing in such a way that, whatever happens, they can declare, as Nietzsche exhorts, “Thus I willed it!” What better statement is there of the function of risk mitigation to an investment portfolio?

By giving all the weight to this path, we essentially need to have gotten pretty much every possible path right. We need to be robust to the realized path—to have “covered all the bases.” This may sound a little daunting, but we really just need protect ourselves from screwing it up. This means two things.

First of all, it means that each of the moments that occur along this path must be valued. They aren’t all just part of some average moment; any one moment can really screw up our fate. That’s because, you see, it is the big losses that really matter to compounding — more than the small losses, and more than even the big gains for that matter. If you don’t believe me, consider this: Lose 50% one year and it will take almost two +50% years to get you back to even. Not so lovable. Steep losses just matter more than anything else. (This was surely what Nietzsche meant by his other great investing truism, “That which doesn’t kill you makes you stronger.”) But investors get this wrong, all the time, as they chase the average moment or path. 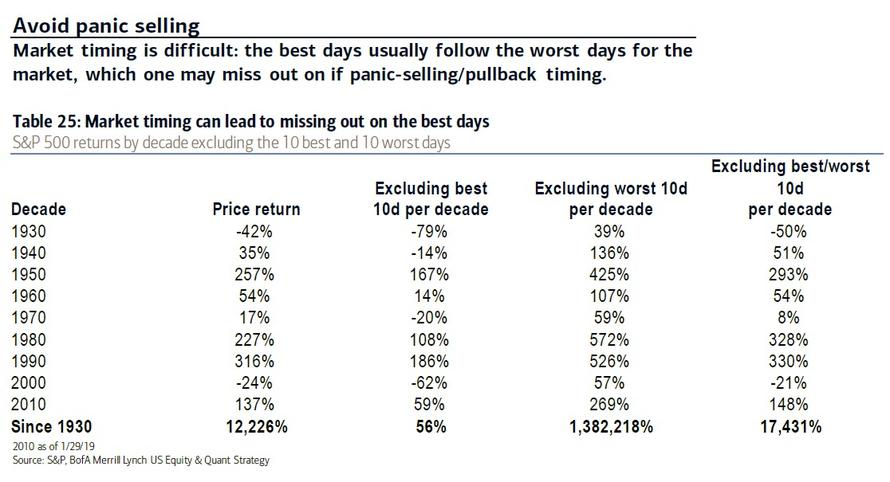 Amor fati acknowledges the way in which returns are all intimately interconnected through time, backwards and forwards. Each investable moment is just as significant, and each influences the entire path forever. Past returns persist in the present and future via the simple mathematics of compounding: The geometric mean return is mathematically the (exponential of the) average of the logarithms of the arithmetic returns; because the logarithm is a concave function (i.e., it curves downward), it increasingly penalizes negative arithmetic returns the more negative they are. One big loss impacts your CAGR in a painfully disproportionate, exaggerated way, and it never goes away. Retaining this key perspective keeps us focused on the cumulative compounded path rather than just the expectation of each step along that path.

Second of all, along this path we still must expose ourselves to risk. Hiding away and taking no risk is also very risky—and, in the long-run, is another reliable way to screw up our fate. The objective is not to avoid risk, but to optimize it—to the point of appreciating and even embracing disasters. That’s the proverbial making lemonade when life hands us lemons.

To be sure, this is a high-wire balancing act, and it is the central investment problem—with no easy solution. The greatest investors actively try to figure it out every day. They try timing, different stocks/bonds mixes, risk parity, momentum, complex hedge fund strategies. They try various stock-picking criteria such as value and “moats” to protect their downside. And then there are more explosive insurance-like strategies like Universa’s (but please don’t try any of this at home, folks). Far more important than the strategy itself is the disposition of amor fati. Get it, and you’re way ahead of the game.

In investment choices, like life choices, don’t pursue the average path, which sets you up to cry “unlucky” if you happen to get a bad one. Think every path, long term and geometrically, with all the gains and losses compounded from whatever path we actually get—rain, shine, drought, typhoon.

There’s only one question to ask when you make any investment decision. If I had to live with this forever, would I be capable of amor fati? If your answer is no, then you need to rethink your choices.

Nietzsche’s existential imperative is to appreciate and protect what we have to work with, our investment capital. It’s all we have for eternity. We are not hapless victims but rather active participants in the markets. So we need to love our fate whatever it is, to love all that came before—the good and the bad—and that mostly just means to avoid the steep losses and stay in the game. Screwing this up, more than anything else, will make us curse the demon.

Finding the above a little too whimsical? Then watch this interview between Spitznagel and Bloomberg’s Erik Schatzker in which the usual – for Universa – topics are discussed: the next market crash, the size of the hedge fund industry and worries about hedging market risk.