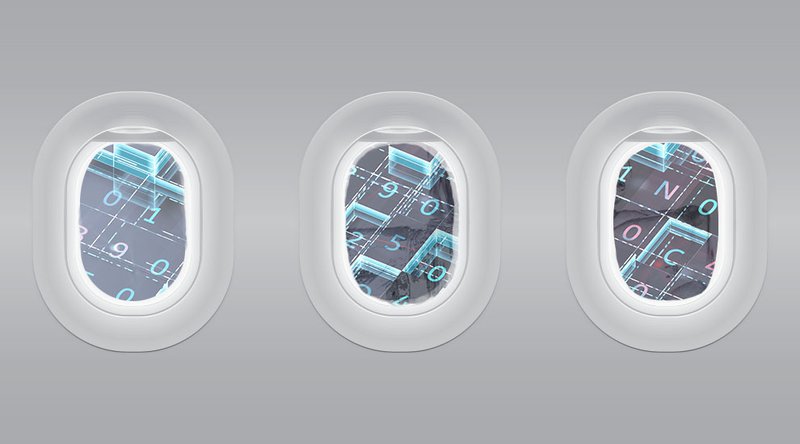 The shift has already started; finance is moving onto the blockchain, leveraging the decentralization and disintermediation benefits of the technology’s architecture.

Assets of all kinds are being moved to the blockchain, creating a more efficient and economical system for the transfer of value, and management of fractional ownership. This migration isn’t just disrupting the existing financial system, it’s democratizing access to growth capital across the world.

Today, security for much of the blockchain community relies on an outdated hash algorithm standard (SHA-2), one not best suited to the needs of the demanding financial markets. Existing chains will eventually need to upgrade to what our team has determined to be the best-in-class cryptographic hash function, SHA-3, but new blockchains should implement it now.

These are the very early days of putting securities on the blockchain. As leaders in crypto-securities and blockchain technologies for the capital markets, we must be thoughtful about how we facilitate this transfer of assets; we must ensure that we operate in such a way that lays the groundwork for long-term security and sets a standard for industry best practices. Implementing the best-in-class cryptographic hash function, Secure Hash Algorithm-3 (SHA-3), serves this mission.

Blockchain technology is disrupting the data management industry. Peer-to-peer networks have promoted the use of cryptography, creating a growing demand in data security and transparency solutions.

A cryptographic hash function is an algorithm that employs mathematics to create a unique digital fingerprint of alphanumeric characters of a fixed size, given an input document of unknown size. This makes the task of comparing the authenticity of a document with an original very simple: Instead of having to read both documents in detail, we can simply compare the much smaller digital fingerprint produced by the hash function.

In peer-to-peer networks, hash functions help secure transaction data by generating a unique digital fingerprint for each transaction. Transaction hashes are organized into a Merkle tree (a.k.a. a hash tree) to help validate the authenticity and relationship of each transaction stored on the blockchain.

The SHA-3 hash function is also used at the block level to generate a proof-of-work challenge that becomes the target for miners seeking to create the next block on the blockchain. This challenge is an important part of how the network maintains its integrity and reaches a decentralized consensus. Cryptocurrency is awarded to the miner that successfully calculates a SHA-3 hash that matches the requirements specified in the proof-of-work challenge.

While blockchain technology is the clear way forward for industry early adopters, within traditional finance there remain concerns about corporate and enterprise application. Serving these needs, and thus bringing the blockchain solution to the mainstream, will depend on how blockchains are architected to protect client data from network interference or manipulation. As a significant component of the architecture, the right hash function can determine enterprise-level operability.

Securing the Capital Markets With SHA-3

As a hash standard providing certified security over users’ private keys as well as high speed, hardware-based encryption, SHA-3 best suits the needs of tomorrow’s capital markets. SHA-3 has the right characteristics to instill confidence in a peer-to-peer network that does not rely on centralized intermediaries for authority or governance.

Unlike the hash function of Bitcoin and other blockchains based on SHA 256, SHA-3 was developed by community collaboration via the National Institute of Standards and Technology (NIST), forcing different perspectives and issues to be addressed. This meant that the hash function had to endure public scrutiny and exhaustive testing in order to be considered the hashing standard, which it hs now become. In 2015, NIST released SHA-3 as its standard for “securing the integrity of electronic information.”

A subset of Keccak, SHA-3 cryptography is built on sponge construction, a particular method of “absorbing” data in and then “squeezing” it out. Unlike other cryptographic hash functions, sponge construction allows for the input and output of any amount of data, extending the output function and making for greater flexibility of use.

One outdated concern weighed against SHA-3 is a slower hashing speed than its predecessors. This is fair, but only with regards to software. When it comes to hardware, SHA-3 easily outpaces SHA-1 and SHA-2, and hashing is increasingly occurring within hardware components. The third in a series, SHA-3 is remarkably different from its first and second iterations which share some of the same math and cryptographic structure (MD5).

We have the opportunity to take what we’ve learned from today’s most prominent blockchains and create an iteration of the technology that leverages what works and meets our business needs for capital markets.

Building a new, dedicated cryptosecurity blockchain allows for customization and transparency that can better serve the needs of the future. Following the Federal Information Processing Standard (FIPS), SHA-3 is best suited to industry use with a hashrate “an order of magnitude higher than SHA-2,” as pointed out by the Keccak team.

After our own recent survey of hash algorithm candidates, including Equihash, Cuckoo Cycle and Ethash, we concluded that SHA-3 genuinely best serves the needs of capital markets. The survey looked at method of operation, work independency, ASIC optimization or resistance, difficulty control, algorithms, security and speed. Of the candidates, SHA-3 proved to be best-in-class, providing certified security and establishing trust in a network supporting global securities issuance, trading, and clearing and settlement.

Still nascent in its expansion, the blockchain industry as a whole is showing signs of maturity.

Continued volatility in the valuation of cryptocurrencies has proven to be too much for people looking for quick crypto profits. Token price does not faze those who “hodl” with a vision to build better tools and networks for a better future. And while volatility has helped to reduce some of the hysteria around cryptocurrency, there is a growing community looking for greater sophistication from industry participants. “Buidl,” a direct homage to “hodl,” is a movement focusing on development over cryptocurrencies. “Buidl” encourages teams to examine how blockchain technology can best support needed societal change versus quick, frivolous application. Thoughtful infrastructure is the way forward.

When it comes to capital markets, it should not be a race to move assets onto the blockchain, but a strategic process that makes it easy for new market participants to access growth capital and for existing participants to leverage the full benefits of distributed ledger technology. Employing the best-in-class cryptographic hash function serves this mission and empowers trust in a trustless system.

This is an opinion piece by Kiarash Narimani, Ph.D., Development Director at Equibit Group. View expressed are his own and do not necessarily reflect those of BTC Inc or Bitcoin Magazine.