Peter Schiff, the CEO and chief global strategist of Euro Pacific Capital Inc. says that the real national emergency is not at the southern border.  The real ticking time bomb is the national debt. 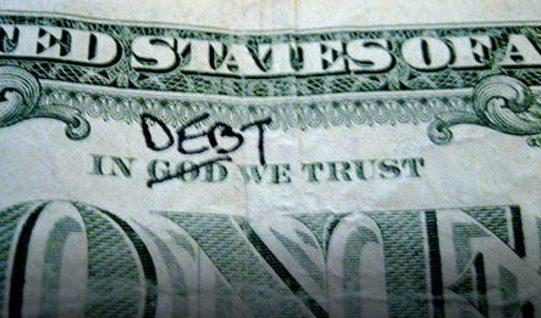 We are headed for a train wreck in this country because of the national debt and yet nobody seems concerned about it.  In fact, many Americans have taken to emulating the federal government by getting themselves buried in massive amounts of debt as well, compounding the issue. According to Seeking Alpha‘s report by Schiff Gold, we should all we wary of the government’s overspending and desire to tax more to make up for it. Just because we haven’t suffered a crisis – YET- based on this debt doesn’t mean that one isn’t coming.

On Friday, President Donald Trump declared a national emergency so he could build a wall at the southern border. Based on that declaration, the president will reallocate $6.5 billion from other government programs to fund a border wall. But the problem isn’t that we don’t have a wall, says Schiff.  The problem is we’ve already built a wall of debt.

“Of course, the real national emergency is not the lack of a wall, the failure to build a wall, but building up the national debt.” –Peter Schiff via Seeking Alpha

The United States debt surpassed the $22 trillion mark just last week and continues to rocket upward with no end in sight and this is just the very tip of the iceberg.

“This is just a funded portion of the debt. This is where the US government sells a bond and somebody owns that bond. It doesn’t include [unfunded] liabilities like what the government owes for Social Security, or guaranteed bank deposits, or mortgages, or student loans, or all that nonsense. That’s not there. Those are contingent liabilities. They’re just as real. They’re not even part of the national debt.” –Peter Schiff via Seeking Alpha

Americans have become far too comfortable with selling their children into slavery to the government because of the debt, and they continue to be oblivious to what they are doing.

Many have claimed that the national debt isn’t that big of a deal because it’s been growing quickly for years and nothing bad has ever happened. But Schiff begs to differ.  He thinks everyone should be concerned.

“Just because we haven’t suffered a crisis – yet- based on this debt doesn’t mean that one isn’t coming. In fact, there’s no way around it. It’s just a question of when. It’s not a question of if, it’s a question of when, and I think when is a lot closer than a lot of people think.” –Peter Schiff via Seeking Alpha