Update: Apollo has reportedly allied itself with Citadel and Elliott Management in the $4 billion rescue plan designed to stave off a bankruptcy filing for the troubled utility, according to Bloomberg.

A consortium including Paul Singer’s Elliott Management Corp. sent the company a proposal on Monday backed by convertible notes maturing in about five years, the person said, asking not to be identified discussing confidential matters. At least one other group that includes Ken Griffin’s Citadel LLC is pitching a competing financing plan that would keep the company out of bankruptcy, another person with knowledge of the discussions said.

The consortium of investors is separate from a second group of debt holders who are preparing for a prolonged bankruptcy process.

Mere days after founder Ken Griffin set a new record in the US for most expensive home ever purchased by closing on a Manhattan penthouse apartment, Citadel is reportedly leading an investor group to try and stave off a possible bankruptcy filing for embattled California utility PG&E.

The utility, which was last week cleared of responsibility for the Tubbs fire, one of the deadliest fires in the state’s history, could still face some $20 billion in liabilities if it’s equipment is conclusively found to have caused other wildfires during 2017 and 2018 which led to dozens of deaths and billions of dollars in property damage.

According to CNBC, Citadel has reportedly furnished a second investor proposal to the utility, which has been threatening to file for bankruptcy (what would be its second in the last 20 years), to the consternation of California lawmakers.

Shares climbed as much as 15% on the news before trimming their gains. 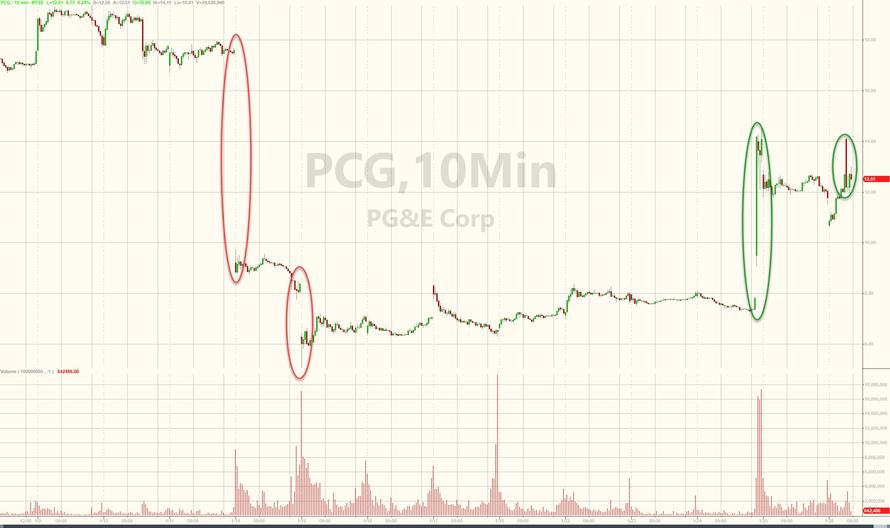 Investigators have already determined that PG&E’s equipment caused at least 17 major wildfires in 2017, though it remains to be determined whether PG&E will be found liable for November’s Camp Fire, which killed 86 people and destroyed about 14,000 homes, making it the deadliest fire in the state’s history.