It should be no secret that the Pentagon is starting to worry about commercial drones posing a significant risk to personnel and military interests.

One area of concern is the proliferation of inexpensive drones could be used to produce one-way flying bombs. After years of dragging its feet, the US military has realized just how complex and disturbing the drone threat is thanks to the fighting in Syria.

One of those is the Light Marine Air Defense Integrated System, or LMADIS, and it is comprised of two MRZR vehicles, a command unit and a sensor vehicle packed with antennas.

The LMADIS can detect, track, identify and even use an electronic warfare weapon to take out enemy drones.

The MRZR counter drone system is currently deployed with the Marine Corps where it was recently spotted on the flight deck of an amphibious assault ship USS Kearsarge as it transit through the Suez Canal, providing a much-needed short range defense for the vessel, reported The Drive. 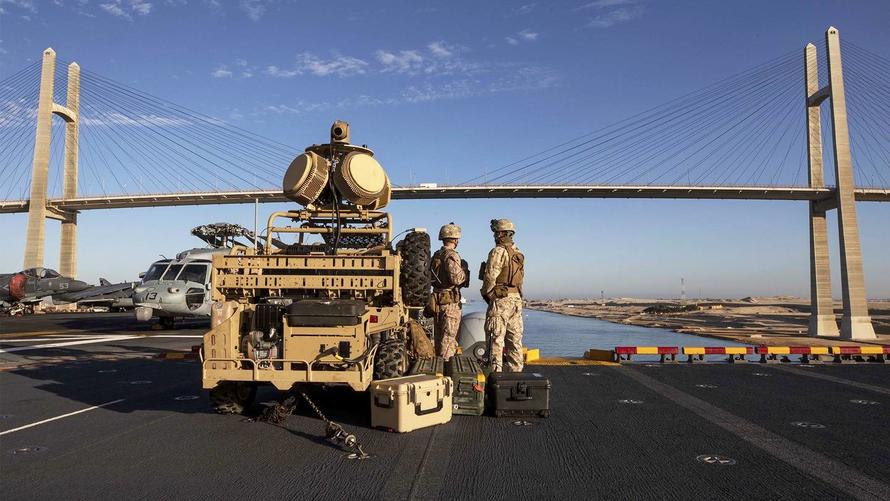 It is hard to believe that a vessel like Kearsarge, which has four layers of air defense weapons, needs the MRZR counter drone system to detect, classify, and fend-off weaponized drones that can be bought on Amazon. But it is due to the environment of a large capital ship transiting through the narrow Suez Canal, which alongside has regions known for harboring terror organizations. 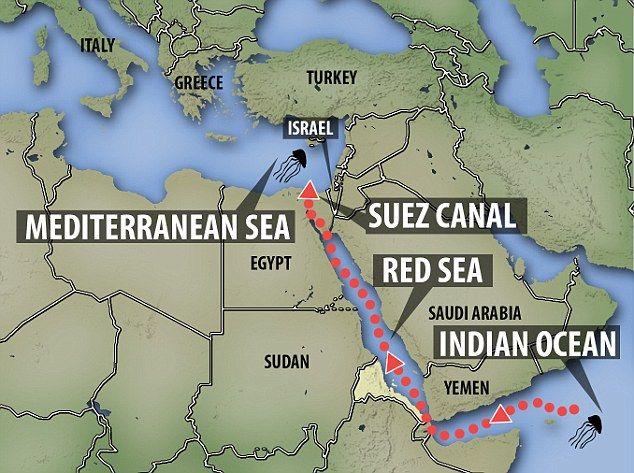 With this in mind, the LMADIS makes perfect sense, and it likely suggests that similar anti-drone systems could soon become integrated on US Navy ships.

LMADIS consists of the RADA RPS-42 hemispheric air surveillance AESA radar system mounted atop a MRZR dune buggy. The short-range S-band radar is highly sensitive and can spot different types of targets including helicopters and aircraft, as well as small radar signatures like light aircraft and small drones. 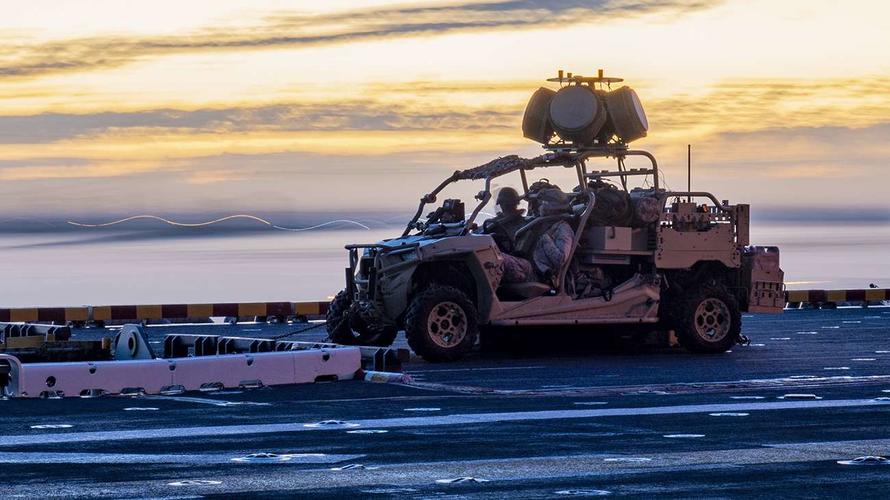 If the target is deemed unfriendly, a radar jammer can break the communication link between the drone and its controller on the ground.

It is not clear how much information LMADIS can share with the vessel’s air defense system.

But for now, the radar jammer and Stinger shoulder-fired missiles are what the Marines are working with to combat enemy drones.

These systems are part of an expanded ecosystem of weapons that aim to revitalize the US military’s waning short-range air defense capabilities.

In the meantime, strapping MRZR counter drone systems on the flight decks of an aircraft carrier seems to be the short term solution to combat weaponized unmanned vehicles.