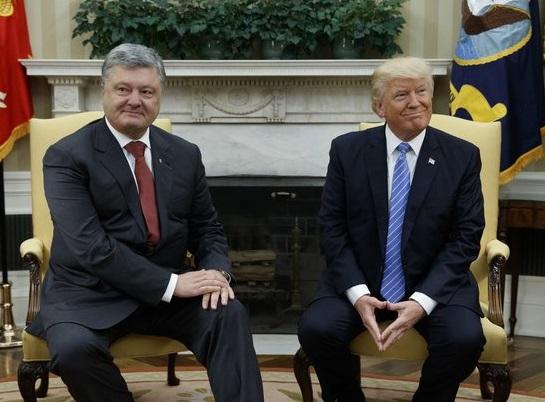 “I think that this administration does an excellent, a great job. This is not an assumption,” said Poroshenko. “I have a feeling that this U.S. administration clearly understands the possible danger of Putin.“

Poroshenko spoke out against Putin’s hostilities toward his country and said Putin’s only goal was to re-establish the glory of the “Russian Empire.”

“He wants to renew, to restore the Russian empire, the Soviet Union and he does not have any red line for reaching these results,” Poroshenko told co-host Bill Hemmer. –Fox News

Wednesday marked the five-year anniversary of a popular uprising as anti-government protesters advanced on Ukraine’s parliament calling for the resignation of pro-Russia President Viktor Yanukovych, who refused to sign a trade agreement with the EU. 77 activists and 17 police officers died following shootouts in Kiev, while over 500 were injured.

Poroshenko, when asked if it was possible for Trump to have a working relationship with Putin, said “I think it’s possible to speak with Putin only with the position of strength,” adding that it would require a strong global coalition and sanctions.

“With this situation I am confident that only strong U.S., the global leadership of the United States and the leadership of President Trump can keep the world safe.“