Anticipating the weakest GDP growth in nearly three decades, Beijing earlier this month unleashed another widely expected wave of stimulus to try and goose lending and consumption in the world’s second largest economy. But if history is any indication, most of the benefits from this stimulus will accrue to state-owned enterprises, which account for a shrinking share of the country’s overall economy.

As the Financial Times reported on Monday, while state-backed banks swoop in to bailout state-owned firms, the country’s private sector enterprises have been left to figure out how to navigate an unprecedented capital crunch more or less on their own, as Beijing’s deleveraging drive, which as haphazardly continued even as the PBoC has ordered more RRR cuts and tax cuts, falls disproportionately on the shoulders of the country’s private enterprises (many of which accessed funding through the country’s shadowbanking system). 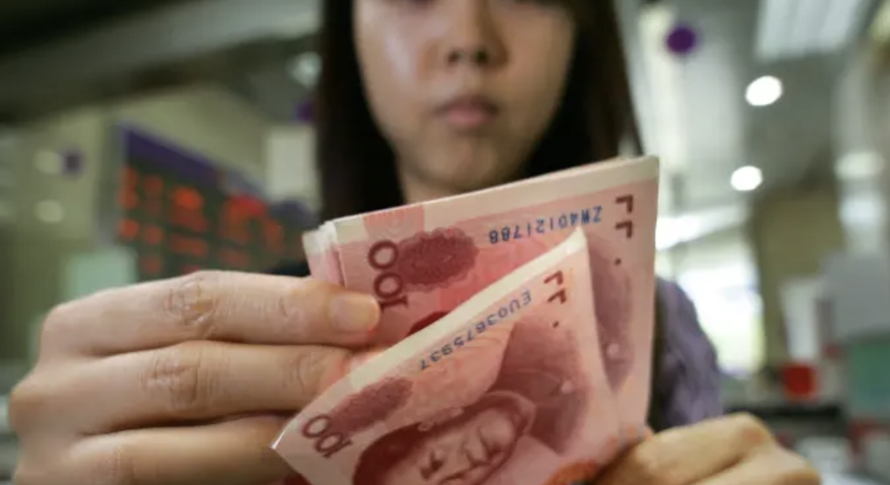 Many are turning to foreign investors. But if the trade war between China and the US isn’t resolved soon, this lifeline could soon be cut off. But regardless of what happens, China’s private companies have made it clear that they are in need now. 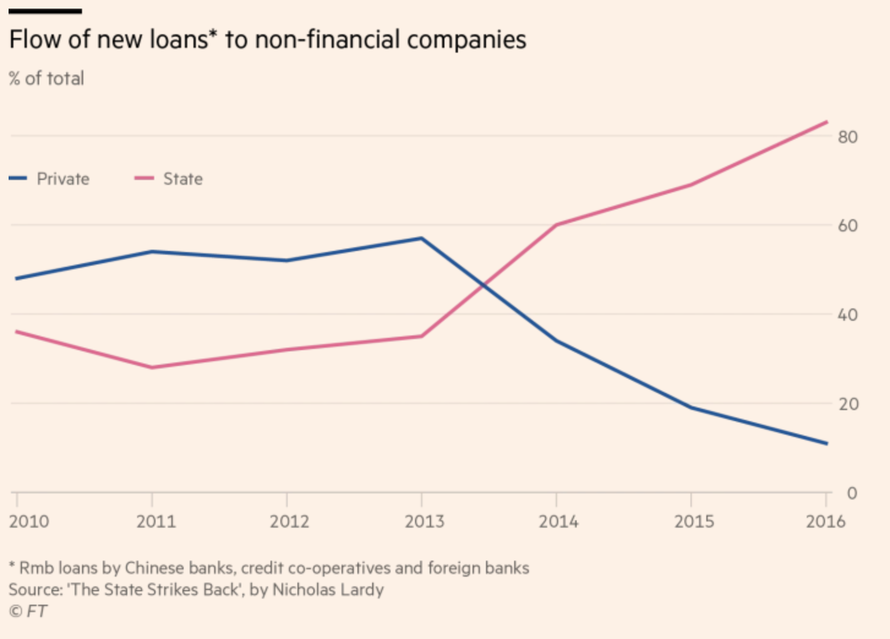 If this trend continues as slowing growth and consumption squeeze the Chinese economy, something inevitably has to give, as one analyst pointed out.

“In an economy that is 50 per cent private, Xi cannot repress the private sector without limit,” said Andrew Batson, China research director at Gavekal. “It seems like we reached that limit some time in late 2018.”  An increasing number of influential economists now think that the officials driving China’s economy need to take pressure off the brake and instead feather the accelerator, albeit without resorting to “flood-like” stimulus measures that Beijing employed during the depths of the 2008-2009 global financial crisis.

“Yes we should try to stabilise the [overall] leverage ratio, but you can’t cut the [overall debt] ratio in a hurry,” said Yu Yongding, an economist at the Chinese Academy of Social Sciences and a former central bank adviser. “That’s wrong. Growth is still very important for China. Without growth, everything will get worse. We can only tolerate a certain slowdown.”

When Xi Jinping hectored state banks about being more “inclusive” in their lending practices, it received blanket coverage in Chinese media, the FT pointed out.

Within hours, China’s central bank, in an effort to stimulate such lending, announced an Rmb800bn ($117bn) cut in the level of reserves banks are required to hold.

Mr Li and Mr Liu’s admonishments came just two months after Mr Xi, in a similarly hyped meeting with some of the country’s richest entrepreneurs on November 1, pledged “unswerving support” for the private sector. In the weeks that followed that encounter, a financial regulatory commission headed by Mr Liu dispatched inspectors across the country to figure out why the credit “transmission mechanism” between state lenders and private borrowers was not working.

But because bank’s loan officers are ultimately held responsible for loans made to private enterprises, the admonishments of the Chinese leadership have been largely ignored, as one entrepreneur who eventually partnered with the US private equity giant Carlyle Group explained to the FT.

Wu Hai, founder of the Beijing-based Crystal Orange hotel chain, said one problem was that even when a bank’s risk control committee approves a loan, ultimate responsibility still rested with the loan officer who brought it to them. “If the loan defaults, it’s the loan officer who gets blamed,” he said. “So [loan officers] just follow the rule book.”

Like Mr Qin, Mr Wu had difficulty dealing with state banks because Crystal Orange rented rather than owned its hotel premises and could only borrow against its cash flow. Mr Wu instead sought outside private equity investors such as Carlyle Group, which became Crystal Orange’s largest shareholder before its Rmb3.65bn sale last year to a rival Chinese hotel chain.

Now flush with his own cash from that sale, Mr Wu is investing in a chain of upscale karaoke parlours and other ventures. Across town, however, a worried Mr Qin is still struggling to raise money, even as the country’s most senior leaders seek to reassure him and other entrepreneurs.  “It takes time for policies [supporting the private sector] to be implemented,” Mr Qin said. “So, for now, we do not feel at ease.”

In what looks like a silver lining, it appears Beijing has finally accepted the fact that it needs to shift its policies toward more market-oriented reforms if it wants to alleviate the overwhelming debt burden constraining its economy.

But unfortunately for many of these private firms, this realization might have happened too late, as defaults in the world’s second largest economy – particularly among small- and medium-sized corporate enterprises – continue to soar.