Residents of Salisbury, UK awoke on Sunday to a giant Russian flag hung from the scaffolding at the North front of the local cathedral, in what many interpreted as mocking the poisoning of Sergei Skripal.

“My initial reaction was just one of shock and sadness that someone would choose to do this at any time, but particularly as we’re leading up to the first anniversary of the incident and the city is very much trying to be positive,” said Conservative councillor Jo Broom, via ITV News, adding “Residents will just be very upset, it’s just a little bit of a slap in the face.“

Some went so far as to suggest that the flag was a psyop & “gaslighting on the British public.”

Will there be any CCTV captured of the people who dared scaffolding to erect this flag? Yet another psy-op & form of gaslighting on the British public #Salisbury https://t.co/t5bMN7loW5

The Skripal poisoning – blamed on Russia by the UK, took a strange turn in January when it was revealed that the first responder to the scene was the Chief Nursing Officer for the British Army after her daughter spotted Skripal and his daughter collapsed on a bench at the Maltings shopping center in Salisbury on March 5 of last year.

According to Spire FM, 16-year-old Abigail McCourt spotted the poisoned Russians while “out celebrating her brother’s birthday,” and then quickly alerted her mother – Alison McCourt. The two McCourts gave first aid to the Skripals until paramedics arrived. 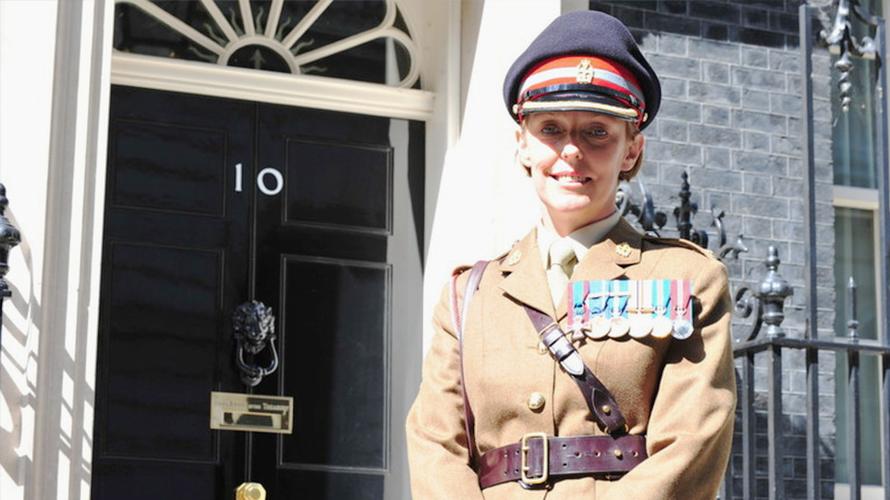 For the Skripals to collapse on a bench from novichok just as the Chief Nursing Officer of the British Army walks past, is as probable as my vacuum cleaner breaking down just as James Dyson knocks on my door looking for directions.

UK authorities initially blamed two Russian nationals they say are connected to Russia’s GRU, Russia’s military intelligence agency, for the attempted Skripal murder, while two days ago a third suspect was identified as a “high-ranking officer in the GRU.”

Meanwhile, as we reported in late January, The Telegraph issued a major walkback of a link between Skripal and Steele Dossier author, Christopher Steele – blaming Russia for laying a “false trail” linking the former double agent to an employee of Steele’s Orbis Business Intelligence over social media. 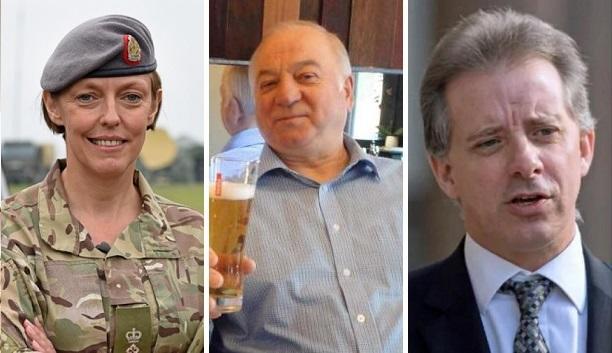 In March of last year, The Telegraph wrote:

The Telegraph understands that Col Skripal moved to Salisbury in 2010 in a spy swap and became close to a security consultant employed by Christopher Steele, who compiled the Trump dossier.

The British security consultant, according to a LinkedIn social network account that was removed from the internet in the past few days, is also based in Salisbury.

On the same LinkedIn account, the man listed consultancy work with Orbis Business Intelligence, according to reports. –Telegraph

On Sunday that entire connection – which implied that Skripal was somehow involved with the Steele Dossier, was blamed on Russia.

Russian intelligence created a false trail linking the double agent Sergei Skripal to the former MI6 officer behind the Trump dossier before carrying out the Salisbury nerve agent attack, the Telegraph has been told.

Well-placed sources now believe that the plot to kill Col Skripal may have included a ‘black ops’ attempt to sow doubt on the veracity of the explosive dossier that claims Donald Trump received Kremlin backing.

The year before the attempted assassination of Col Skripal, a mysterious post on LinkedIn suggested his MI6 handler, who is not being named, worked as a “senior analyst” at Orbis Business Intelligence, the firm that produced the Trump dossier.

But a number of sources have told The Telegraph that the LinkedIn profile is false – if it ever properly existed at all – and that Skripal’s MI6 handler never worked for Orbis.

It is now suspected that the LinkedIn profile was created by the GRU, the Russian military intelligence unit which tried to kill Col Skripal with novichok nerve agent. –Telegraph

“By creating this link, they are suggesting that MI6 are involved with the dossier or Skripal or both. It adds to the confusion and acts as a wedge between the White House and Downing Street. It is exactly the kind of operation the Russians would order to sow confusion,” said the Telegraph‘s “well placed source.”

Oddly, however, a British spy named Pablo Miller was claimed by Russian media in 2007 as the MI6 agent who recruited Skripal in 1995. Miller apparently works (or worked) for Orbis – though it is unclear whether he is the same person noted in the original Telegraph report.

As expected, I searched Google for “Pablo Miller” “Orbis Business Intelligence” and it was the first result.https://t.co/TcrsiY6Nd6 pic.twitter.com/5XUjam5jCZ

Maybe the Russian flag in Salisbury was meant to troll UK authorities over how absurd the Skripal case has become?