Last month at Davos, George Soros turned around completely on China, echoing the Trump administration (of all things) in warning the world against the rise of China versus his previous stance.

The main reason for this shift in Soros’ attitude on China stems from his fear that the European Union will not achieve its goals of becoming the next great world power and subjugate the Chinese, but rather dissolve like the Soviet Union on which it is based.

He finally aired those fears in another of his infamous op-eds over at Project Syndicate (link through RT here). In sum, they are simply that Europeans must chuck off that which makes them individuals for the sake of Mother Europe.

And it’s time to circle the wagons against the ravening hordes of people who don’t like getting slowly bled to death, their culture eradicated, their neighborhoods destroyed and their dignity as people shot in the face with tear gas.

I’ve read megalomaniacal treatises in my life, but this one was impressive to say the least.

At least he didn’t lament the EU’s mistakes by invoking omelette’s and eggs.

I could (and maybe should) go into a point by point counter of all of Soros’ terrible assumptions but we’ve all heard variations on this Marxist twaddle for years.

The important part of this op-ed is not the substance, which itself designed to be chum for conservatives to lose their minds over, but the reason it was written in the first place. 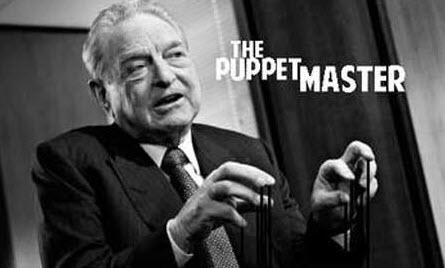 People with power only come out of the closet and plead like this when they are losing. Empires don’t negotiate, they dictate. The same goes for billionaire financiers who are the product of the bubbles they helped blow but refuse to accept the responsibility for when they pop.

No, that’s the fault of those savage Euroskeptics not being sufficiently committed to the cause. Y’all aren’t woke enough in Soros-land.

People like Soros buy influence behind the scenes to get what they want. Soros outing himself from behind the curtain is telling of how anxious he has become.

Instead of sounding like a prophet, he comes off as a clueless old leftie with a lot of money in his pocket talking his book.

To those truly woke to Soros’ schtick, I say what else is new?

He is no different than the tired and moldy Marxists in the Democratic Party here in the U.S. and their useful idiots, arguing that Socialism hasn’t failed, it simply hasn’t been properly implemented yet.

So 150 million dead people (not counting the wars) in the 20th century wasn’t refutation enough?

You can rebrand it ‘Democratic Socialism’ or ‘Stakeholder Capitalism’ all you want, but in the end it is still just a bunch of dudes and dudettes, sitting around playing god while the rest of us toil waiting for the costs of going along with them rising above the cost of overthrowing you.

Welcome to the World Socialism Built.

Democratic Socialism has been the dominant political ideology of the age, going back to the Progressive Era. Y’all have been in charge in some form or another for the past 90 years and Soros thinks the reason his social engineering experiment called the EU is failing because of outdated political party systems he sees as vestiges of the fight between labor and capital.

I’m not shocked George has gotten this all wrong since he made his money fixing currency markets, having gotten his money neither through labor or the creation of capital goods.

Soros mistook getting uber-rich in a corrupt system somehow validated his sense of superiority, versus just being a crook. 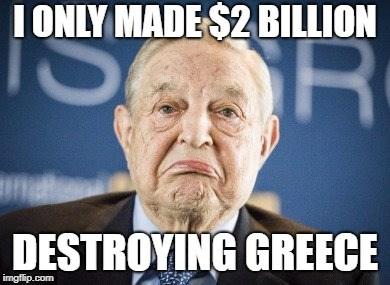 Hubris is the downfall of all rulers and would-be Emperors. And if he lived in a different time he may have been able to pull this off.

But global communications, the natural forces of decentralization and the basic laws of both physics and economics caught up with him before his dreams could come to light.

If there was ever a moment that signaled the end of the European Union, it was George Soros admitting, in public, that we should look on all his works and despair.

Join My Patreon if you need any further black-pilling on Socialism.