“There are no cancellations. None. Zero. Let’s put that to rest.”

Hours after a headline from the FT about the US cancelling a round of trade talks with two senior Chinese ministers send stocks reeling to their lows of the day, the administration has dispatched Larry Kudlow (who apparently had to wait until 20 mins before the close thanks to CNBC’s wall-to-wall Davos coverage) to jawbone the markets back into the green by denying the story.

Kudlow said the only meeting that matters is the meeting with Liu He in Washington at the end of January, and that there was never a meeting scheduled for this week. He also said that enforcement of China’s commitments – on trade, IP theft or whatever – is the paramount issue in trade talks.

It’s working so far, stocks are shooting higher with less than 20 minutes left in the trading day. 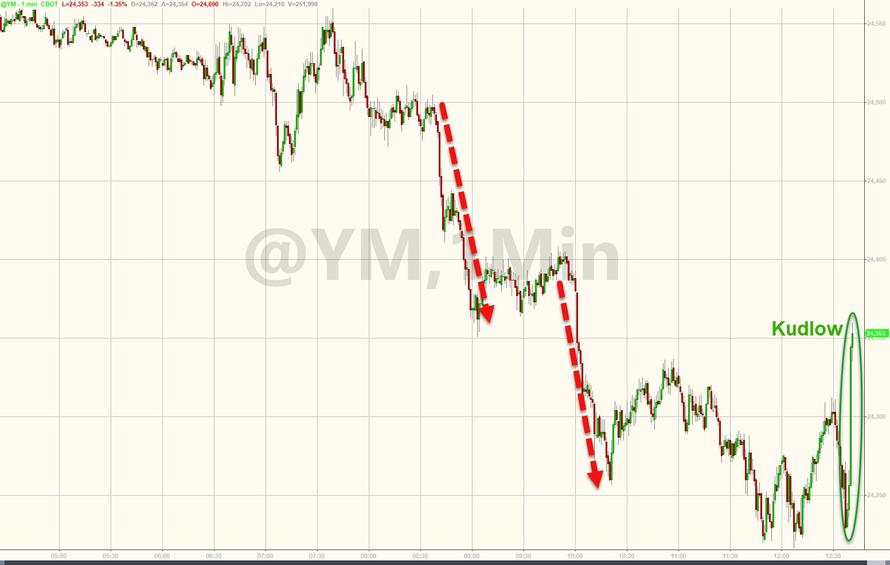 Unfortunately for the administration, the Kudlow bump was short-lived. 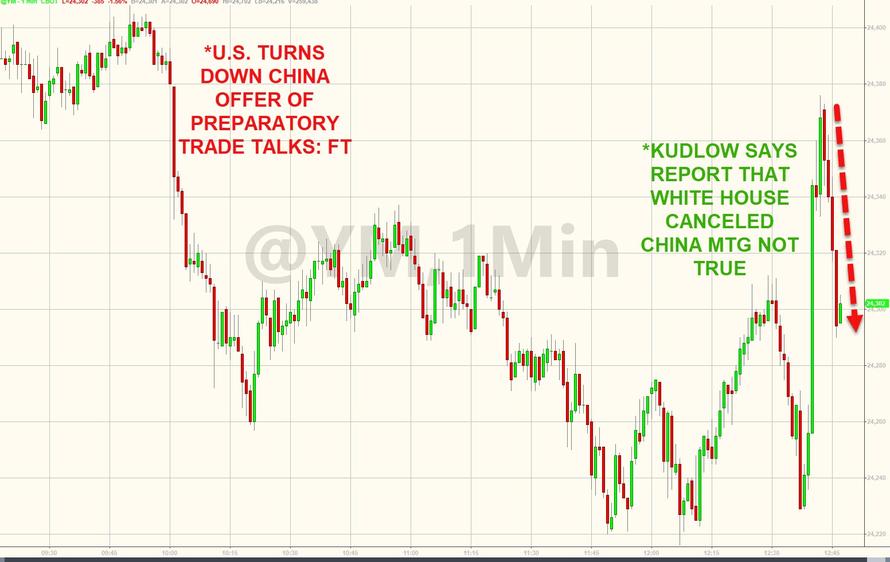