Algos exploded in ebullience once again after Bloomberg headlines proclaimed that China has offered to go on a six-year buying spree to ramp up imports from the U.S., in a move that would reconfigure the relationship between the world’s two largest economies, according to officials familiar with the negotiations. 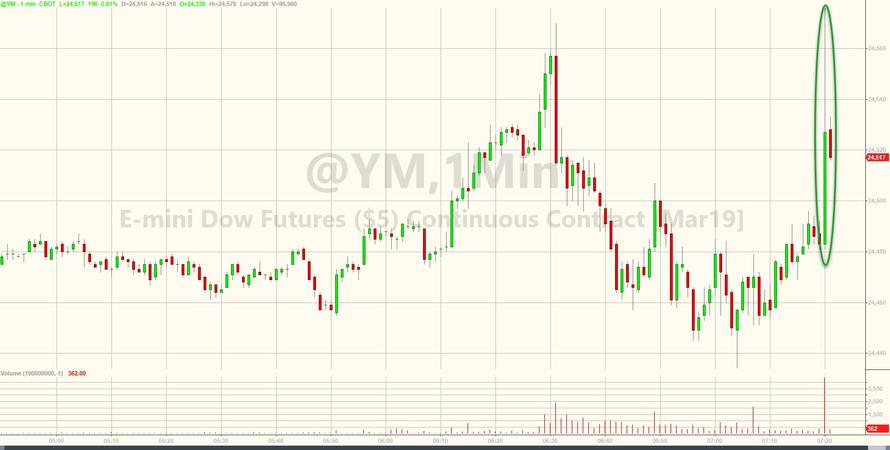 Bloomberg reports that by increasing annual goods imports from the U.S. by a combined value of more than $1 trillion, China would seek to reduce its trade surplus — which last year stood at $323 billion — to zero by 2024, one of the people said.

The officials asked not to be named as the discussions aren’t public (but were apparently willing to allow the leak to levitate markets).

However, Bloomberg points out that the offer, made during talks in Beijing earlier this month, was met with skepticism by U.S. negotiators who nonetheless asked the Chinese to do even better, demanding that the imbalance be cleared in the next two years, the people said. Economists who’ve studied the trade relationship argue it would be hard to eliminate the gap, which they say is sustained in large part by U.S. demand for Chinese products.

And the initial algo panic bid was quickly faded… 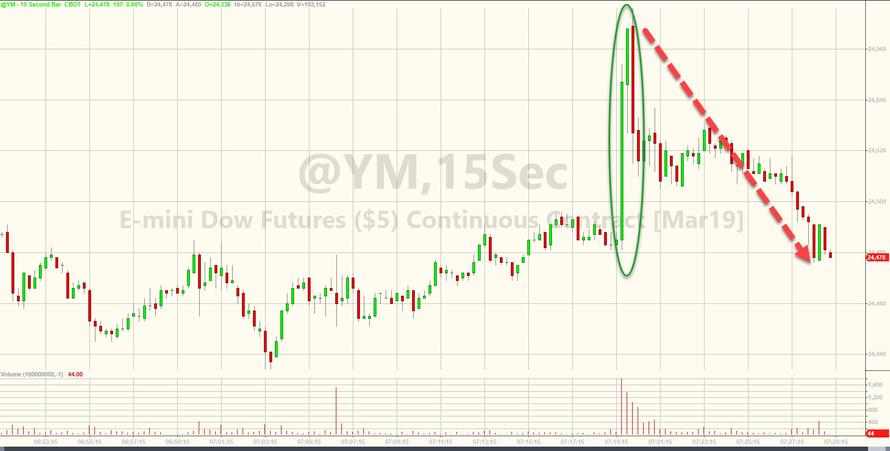 Yuan also surged on the headlines, despite the skepticism… 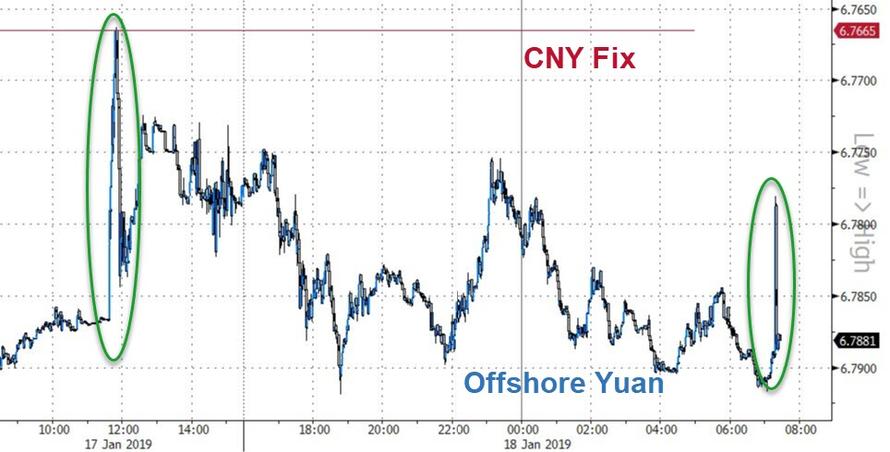 Bloomberg points out that it’s not the first time China has made an offer to reduce the deficit as a way of trying to break the deadlock between the sides which has darkened the global economic outlook and roiled financial markets since last year. In May, Trump scrapped a framework for a deal negotiated by Treasury Secretary Steven Mnuchin that would have seen China “significantly” increase purchases of U.S. goods.