Surveys of consumer confidence have begun to weaken after exploding to their highest levels in nearly two decades over the summer, even as GDP growth is believed to have remained relatively robust during Q4. With consumer debt levels back at all-time highs, worrying signs that consumers are beginning to pull back have emerged – including lower-than-expected holiday store traffic. 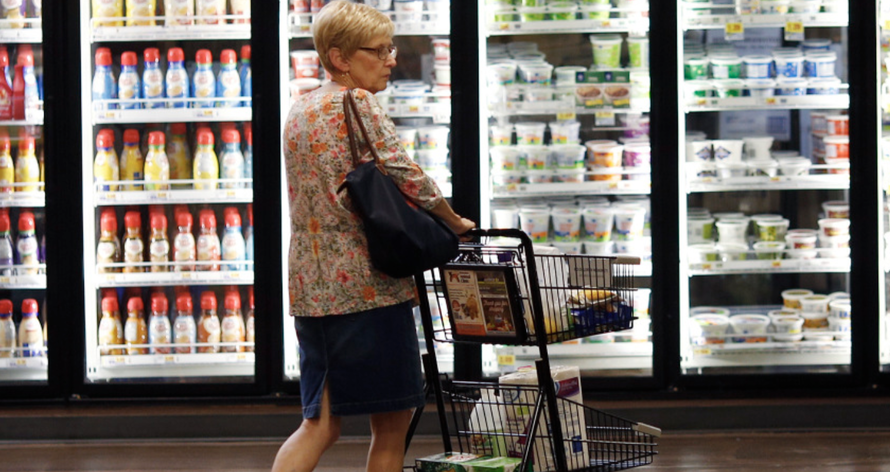 And in the latest sign that consumers are bracing for an uncertain future with the end of the business cycle nigh at hand, Bloomberg reported that the CEO of the largest supermarket says his customers are beginning to express concerns about growing economic uncertainty – though they feel good about where the economy is at right now.

In other words, while shoppers feel everything is alright as of now, if one tweaks the line of questioning just a little, their concerns about a looming recession bubble to the surface. Even with gas prices back below $50 a barrel and consumer price inflation moving back below the Fed’s rate target.

“If you talk about questions in the present,” American shoppers feel just fine, but “if you change the question a little to ‘where do you think things are going,’ there’s a lot of uncertainty,” he said.

Kroger operates stores in 35 states and Washington DC, allowing it solid insight into the shopping habits of Americans. And while McMullen said he isn’t yet bracing for the worst, and executives at Kroger “don’t see anything that would cause us to say there’s a recession right around the corner'”, with interest rates expected to rise further, consumers will soon need to balance higher credit payments with consumer prices that are in all likelihood rising faster than they appear.

While it’s not on the horizon just yet, Krogers’ CEO said judging by consumers’ behavior, “a recession is something that could happen.”

Still, the US appears to be at a “fork in the road,” and if wider macroeconomic issues like trade negotiations don’t get resolved, “the situation could take a turn for the worse.”

All of this begs the question: How long until Krogers and other storied supermarket chains become the next Sears?