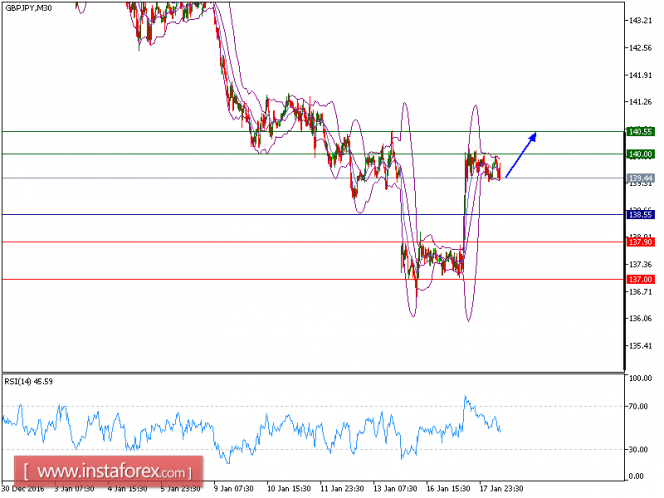 GBP/JPY is expected to trade with a bullish bias. The pair broke above its 20-period and 50-period moving averages, which are playing support roles now, and accelerated on the upside. The relative strength index is bullish above its neutrality level at 50 and lacks downward momentum. As long as 138.55 is holding as support, look for a further upside toward 1.2430 and even 140 in extension.

The material has been provided by InstaForex Company – www.instaforex.com

The post Technical analysis of GBP/JPY for January 18, 2017 appeared first on forex-analytics.press.