Submitted by Scott Stewart of WorldView

The holiday season was less than merry for one Paul Whelan. On Dec. 28, 2018, the U.S. citizen (and bearer of additional passports from Canada, Ireland and the United Kingdom) was arrested by officers of the Russian Federal Security Service (FSB) in his room at Moscow’s Metropol Hotel. His family said the former Marine was in Moscow to play tour guide for the family of a fellow service member who was marrying a Russian woman, according to the Detroit Free Press. The Russians, naturally, have a different story. For them, Whelan is an intelligence officer who was using “non-standard methods for intelligence gathering,” as well as social media to target Russians with access to classified information. In fact, the FSB claimed they arrested Whelan shortly after a contact gave him a flash drive that contained a list of employees at a classified Russian government agency. 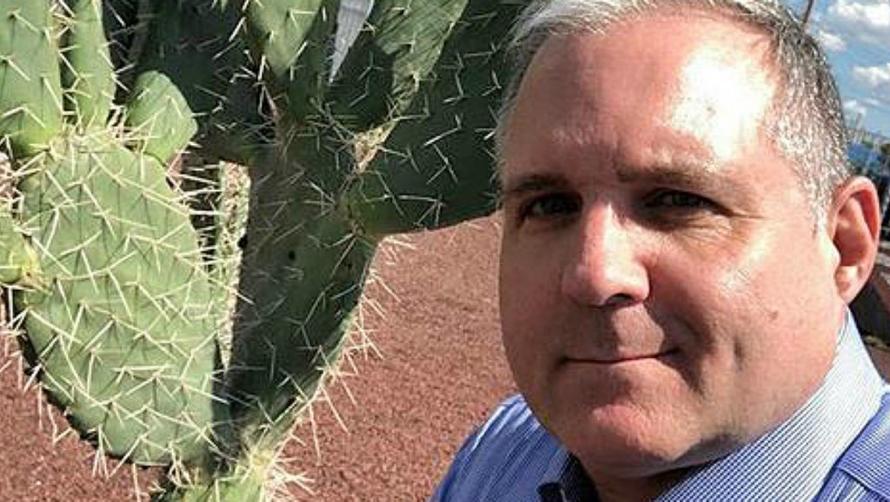 The Western press was quick to tie his arrest to the high-profile case of Maria Butina, a Russian citizen who pleaded guilty in a U.S. court on Dec. 13 to being an unregistered foreign agent. But the more I learn about Whelan, the more I become convinced that he was not an intelligence officer. Moreover, I am also fairly certain that his arrest is not linked to Butina’s guilty plea. That, however, doesn’t mean that the Russians don’t have their reasons for detaining him.

In the wake of Whelan’s arrest, former CIA official John Sipher said the agency would never use non-official cover officers (NOCs) — operatives who have no official ties to the government that employs them and, importantly, no diplomatic immunity — in Russia. Now, it is understandable that Sipher and others would want to downplay the CIA’s use of NOCs in dangerous places, but I remain somewhat skeptical of such claims — although I admittedly have no direct knowledge of CIA operations in Russia. Nevertheless, a simple fact remains: If the CIA or some other U.S. intelligence agency were planning to deploy a NOC in Russia, Whelan would patently not be fit for the job.

First, his current position — corporate security director for an auto parts manufacturer — is a poor choice for a NOC. In many cultures, the terms security and intelligence are interchangeable, meaning many do not view them as separate functions as in the United States. Corporate security personnel generally come from backgrounds in law enforcement, the military or both (like Whelan), which would make them subject to additional scrutiny and suspicion — certainly too much scrutiny for a NOC trying to operate comfortably, especially in the exceptionally hostile environment of Russia. Whelan reportedly made his first tourist trip to Russia while serving on active-duty tour in Iraq with the U.S. Marine Corps, something that likely raised the FSB’s eyebrows. What’s more, given the perilous state of Russia’s auto industry, I am highly skeptical that Whelan was using his position at the car parts manufacturer as a means to engage in any sort of industrial espionage.

Second, Whelan received a court-martial in 2008 for larceny on 10 counts of passing bad checks, along with other charges, while serving on active duty in the Marines. According to news reports, he also had a history of not paying his rent while on active duty. The New York Times also published a court-martial document indicating that military authorities had reduced his rank from staff sergeant (E-6) to corporal (E-4) and discharged him from the military. The record also shows that Whelan was sentenced to a bad conduct discharge, only for a military judge to suspend the ruling.

An FSB officer told the Rosbalt news service that he believed the court-martial may have been cover to allow Whelan to serve as a NOC, but that explanation simply does not add up. A Marine staff sergeant who is experiencing financial problems, passing bad checks and failing to pay his rent is more of a counterintelligence problem — someone who could be recruited by a foreign power — than an ideal candidate for a highly secretive assignment as a NOC.

And according to Whelan’s family, he had engaged in a competition with his sister to see how many passports each could acquire — extremely unusual behavior for an intelligence officer. While such officers do often use passports from third countries to travel, these additional documents are in the name of cover identities, not the officer’s true name, as in Whelan’s case. Moreover, intelligence agencies, rather than officers themselves, are responsible for obtaining these secondary passports. Indeed, possessing multiple passports all in the same name is terrible intelligence tradecraft. It would put any operative more in the league of mall cop Paul Blart than agent extraordinaire Jason Bourne.

Whelan’s social media profile, especially on the popular Russian social media platform VKontakte, is also quite odd. Quite frankly, I believe it’s simply far too amateurish to be the profile of a professional intelligence officer seeking to use social media to recruit sources, especially because he was using his true identity rather than a covert one.

I shared some of these observations with friends who are former CIA clandestine service officers, and we all agree that Whelan is simply too much of an odd duck to be a NOC. Nevertheless, the more I look at the case, I can certainly see why Whelan’s profile and odd activities might have raised the suspicions of the FSB, which might have interpreted them as signs that he was an intelligence officer, particularly in the current environment.

The Importance Of Context

I have long advised people about the need to develop a good understanding of their destination’s environment when planning a trip abroad. This pertains not only to criminal and terrorist trends but also to the intelligence environment, as well as how growing tensions between nation-states can increase scrutiny on travelers who come from ostensibly hostile countries.

Last March, I discussed how the Sergei Skripal assassination attempt and the U.S. operations against Wagner mercenaries in Syria were increasing tensions between the West and Russia. I specifically noted:

But these incidents and their fallout will no doubt make Russia’s Federal Security Service (FSB) and Foreign Intelligence Service even more aggressive toward Westerners living or traveling in Russia.

Civilians caught in the middle of this growing intelligence war can expect to be increasingly scrutinized, especially business travelers, tourists, nongovernmental organization workers and journalists. Security services in the West will place further emphasis on travelers from Russia, and those in Russia will do the same for Western travelers.

I also stated the following:

Individuals suspected of being intelligence officers will be heavily surveilled and their electronic communications will be monitored. The local counterintelligence agency may also interview suspects directly, in an overt attempt to either rattle them or place them on notice that they are under the microscope. Suspected intelligence officers or anyone else of interest to Russian intelligence can expect to be approached by people attempting to honey-trap them, no matter their gender and orientation. And Western visitors to Russia will likely have their hotel rooms wired for video and audio.

This was the kind of morass that Whelan waded into. With his periodic journeys to Russia, strange affect, long-standing contact with Russian guys on social media and apparent uninterest in FSB honey traps — the security service told Rosblat that it was suspicious of him because he was more interested in drinking with Russian friends (male acquaintances he had met online) rather than in “pretty Russian girls” — it is no wonder why Whelan would have elicited the FSB’s suspicions.

Throughout my travels, I have frequently encountered intelligence-officer wannabes: people who have watched too many Hollywood movies and believe that they can become self-styled “spies.” I don’t know enough about Whelan to say whether this could apply to him, although his passport collection could be an indicator of this type of profile. If he did style himself as an intelligence officer, it could explain the flash drive with classified information — another example of sloppy tradecraft for a real intelligence officer. (although it must also be noted that the FSB could have easily planted such evidence to entrap or frame Whelan.) Nevertheless, it is not difficult to see how the FSB would take a dim view of a corporate security director who is a former cop and Marine, who travels to Russia for personal rather than company business, and who likes to hang out with Russian soldiers.

Many in the media have speculated that the FSB might have nabbed Whelan as trade bait for Butina. That was also my initial thought, but on further reflection, she is unlikely to be sentenced to much more than the time she has already served, meaning she could soon be on a plane home to Russia. Thus it makes little sense to frame and arrest an innocent man to exchange for her. Besides, Butina’s guilty plea and decision to cooperate with prosecutors stands in stark contrast to past Russian intelligence officers, such as Rudolf Abel (true name Willie Fisher), who was extremely stoic — admitting nothing and denying everything — even when caught red-handed.

But while Whelan might emerge to be a hobbyist who styled himself as an intelligence officer, I can state with a fair degree of certainty that he is no NOC and that the FSB did not detain him as trade bait for Butina. That is not to say, however, that Whelan might not yet prove useful in a swap. With the Russians increasing their use of “illegals” in the wake of the West’s expulsion of intelligence officers using diplomatic cover, Whelan — and perhaps other Americans caught in the wrong place at the wrong time — might come in handy if and when the United States gets its hands on a Russian illegal.