Authored by Tad Rivelle via TCW,

See You On The Dark Side Of The Moon? 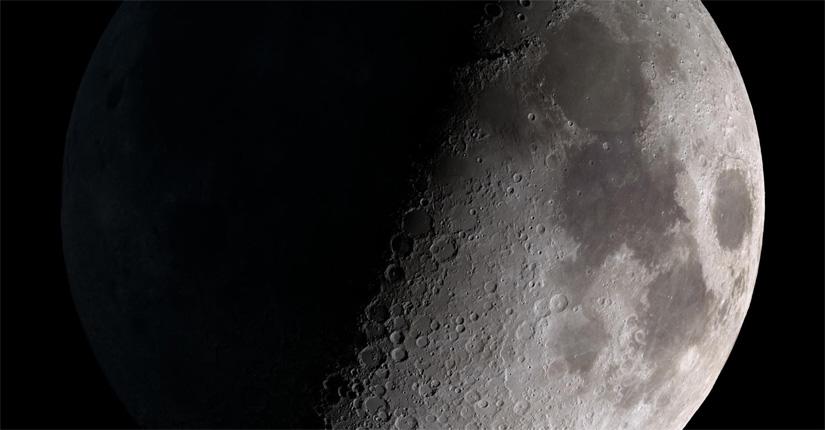 Life comes so much easier when you learn to swim with the tides, and not against them. But tides are not fixed: they come and they go, controlled by the gravitational pull of the moon. So, too, do investment cycles come and go. And, so too, are they governed by forces that can be likened to our physical moon.

Perhaps somewhere in a classroom long ago and far away, you, me – many of us – were taught that there is a cycle to the economy. The so-called “business cycle” was understood as an immutable feature of capitalism. The high tide booms were followed by low tides busts which were followed by booms and so on. If any cause for this regularity were given, it was generally done with a wave of the hands: businesses simply went loony with enthusiasm, which led to excesses in capacity and production. Of course, these excesses would then be cured by shuttering assembly lines and furloughing the workers. Like hulking ships stranded by an ebb tide, all a business could do would be to wait for the waters of commerce to rise again. Great narrative. Yet, has anyone actually seen any such cycle play out, say, any time in the last 40 years? Indeed not! If such a model for the cycle once held water, it has now long since withered.

Anyone think they have a better model with which to understand the ebbs and flows of capitalism? Well, we do. Rather than think of business as disembodied from the financial economy as the “old” model did, consider that capital markets long ago ceased being mere “passive” semaphores for the economy. The growth and maturation of capital markets mean that the influence of the financial economy is as powerful as it is pervasive. The availability of credit – or lack thereof – is not so much a reflection of business conditions as it is a cause of business conditions. Cheap and available credit is the straw that stirs the drink: lowered cap rates power the bull market. The rising tide of asset prices then incentivizes risk taking and investment, pushing production higher. So call it not a “business cycle” – understand it rather as an integrated credit, asset price, and business cycle.

But how is the investor to stay in sync with the tides? By examining the financial moon, of course! Problem is, many investors look only to one side of the moon. During the re-leveraging, optimists focus their attention on the ”light side” and marvel at the luminous glow of high asset prices, a glow that waxes brighter the more credit and leverage is piled on. Meanwhile, the pessimists remind us that a nearly “invisible” build of leverage is occurring on the “dark side” of the financial moon, a build that threatens the sustainability of the glow from the light side. Both perspectives are right. And both perspectives are wrong. Successful bond investing comes not from embracing one or the other side of the moon, but rather from knowing which side is going to be in control of the next tidal flow. Strategies that work when only one or the other side of the moon is running the show will not work holistically over the journey of the entire cycle.

I’d like to illustrate this perspective by describing what we believe to be the two traditional philosophies for fixed income. We’ll begin with the first of the two and personify it as your crazy Uncle Henry’s approach to fixed income investing (note: our terms are meant descriptively only, I have no desire to impugn either the Henrys of the world nor their sponsors!). By the way, have you ever met Henry in person? Well, if you haven’t, let me summarize a (very simplified) version of his pitch:

“Bonds – now, they’re your anchor to windward. Don’t take any risk with your bonds! They’re your Rainy Day asset.”

Now there’s a manager in touch with the dark side! Indeed, Henry’s pitch actually sounds pretty sensible to the Investment Committee that managed its way through a financial meltdown. But, of course, Henry’s philosophy eschews levered asset classes and so his portfolio of Treasuries and agency mortgages ends up looking and tasting like day-old oatmeal. What’s worse is that five or more years into the re-leveraging phase of the cycle, Henry’s returns start to look, well, a bit crazy. Henry’s 1, 3, and 5- year returns are at the bottom of the deck and the same Committee who thought his approach sensible now wonder if Henry just doesn’t understand that, well, maybe, it’s different this time. But then a funny thing happens: it turns out that it is never fundamentally any different this time – it’s a cycle. And, so, the dark side takes over from the light and in the flip of the tides, risk assets experience epic drawdowns, and Henry’s portfolio – now in sync again with cyclical forces–is the star of the show. Henry wasn’t so much “out of it”, as he was “out of step” – until he wasn’t!

Then, there is the second traditional approach to fixed income. We’ll call it the “all risk, all the time” philosophy (again, all due respect to those who practice and subscribe to this philosophy; there are and will always be more than one way to earn a dollar in bond world). These managers systemically overweight their exposures to high yield, downthe- capital-structure tranches in structured finance, levered finance in the emerging markets – basically anything that carries a boatload of yield. And, this approach actually makes pretty good sense – for the 80% of the cycle controlled by the light side. Late into the cycle, these managers’ returns sparkle! But cycles are cycles because they are recurrent. And when the credit de-leveraging comes to pass – as inevitably it must – manager returns which had been best in class for 1, 3, and 5 years, now look dismal. That yield that buoyed returns when the credit tide was high becomes the bane of capital preservation as the de-leveraging advances. Ex ante yields turn into ex post losses.

Is there no way then to manage through a complete cycle? I am glad you asked because we at TCW would offer that there is a third way to approach fixed income. It begins by acknowledging that the tides are immutable and ungovernable. Market forces rule. But if you can understand the tides – even if that understanding is rough and approximate – then, you can purposely choose when to position like Henry and when to position like the systemic risk taker. Neither side of the moon controls the credit tides forever, and adapting your strategies accordingly is necessary so that the portfolio swims with the tides for most of the cycle. As a practical matter, to us this means that active fixed income investing is almost synonymous with actively managing portfolio risk budgets. And, so, we have striven to execute the following principles in the service of securing investor performance over the cycle, and from one cycle into the next:

In the early stages of the investment cycle, risk should be taken freely and abundantly in the portfolios. Following a credit de-leveraging, opportunity abounds, and the underwriting of risk is much like participating in one great “risk-on” beta trade.

In the middle years of the cycle, the risk budget needs to be adapted to the remediation in credit that would have, by now, already taken place. Take risk, for sure, but it is no longer an indiscriminate beta trade. Underwrite the “right” risks and in “right-sized” proportions.

Before entering the late-stage of the cycle, take your cue from crazy Uncle Henry. It will look like the “wrong” strategy or appear to some that the manager no longer “gets it”, but Rainy Day assets are essential so as to have the necessary liquidity to pile on the risk once blood is running in the streets.

While we have been preparing for the late stage dynamic to unfold, we have relied on Henry’s playbook, at least in part, these past couple years. Now that opportunity is presenting itself anew, our risk budgets are already expanding. The de-leveraging “dark side of the moon” will be painful; it always is. But, excesses of leverage and misdirection of labor and capital resources have to be corrected. And, as risk assets inevitably fall in price, we will continue to reposition portfolios to reap strong returns in anticipation of that eventual day when the moon shines clear and bright over the credit markets yet again.