In our world of 24/7 news cycles but goldfish-like memories, deep divisions that fuel unprecedented cognitive dissonance, and a media in the pocket of the deep state; knowing what is fact and what is fake is increasingly hard for many and impossible for most. 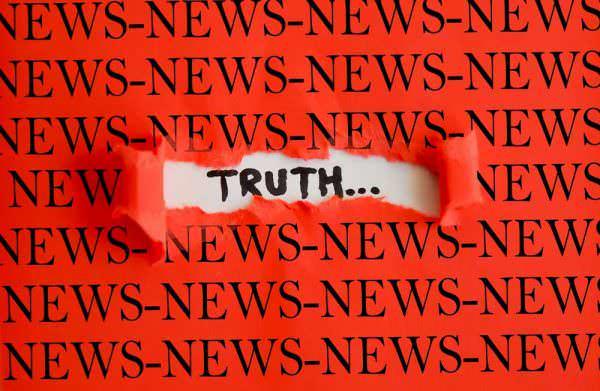 The center has not held and the ‘left’ and the ‘right’ increasingly stick to their own echo chambers, further reinforcing that view that “the other side” are “wrong”, “idiots”, “dangerous” and must be stopped at almost any cost.

No topic of media attention – and thus America’s attention – is more divisive and propaganda-full than that of “Russiagate” – the ongoing belief that then candidate Trump sold his soul to the devil (Putin)… because how else could Hillary have lost?

However, the constant diatribe of leaked ‘breadcrumbs’ – day in and day out – have numbed most to what exactly is going on and for sure has destroyed any ability to discern right from wrong, news from lies, or fact from fiction… That is until Buzzfeed “bombshell” blew up in their hands this week when none less than Special Counsel Mueller confirmed their latest story is ‘fake news’.

So all those denials and head-shaking at President Trump’s insistence that the media is puking forth fake news is suddenly proved right as yet another conspiracy theory becomes conspiracy fact. 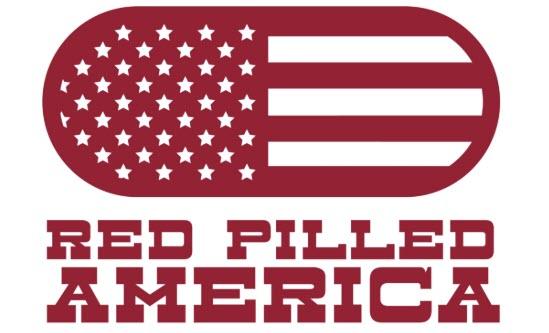 So, in an effort to remind readers of the reality we live in… to ‘red-pill’ those who have been ‘blue-pilled’ into blissful ignorance, Doug Johnson Hatlem (@djjohnso) has assembled a definitive list of over 50 major news stories that had to be retracted or seriously corrected – all in the same direction – with respect to Russia since 2016…

1.1 On July 27, 2016 the @AP falsely reported that RT (formerly Russia Today) is part of the Russian state media complex. While it receives funding from the Russian government, it is a stand alone entity. On August 2, AP issued a correction on top of an accordingly updated story.

1.2 The AP has since deleted the story altogether, but it is still visible (uncorrected) in places like this. https://t.co/ogEKBjBTcH
Here is the link to the original story, since deleted: https://t.co/FDIbdrKBpG

2. From July through October, 2016 MSNBC personalities Malcolm Nance and Joy Reid falsely and persistently pushed the line that Clinton related emails from WikiLeaks were or would be faked by Russians. https://t.co/QiEvOmY5Pg

Folks: Wikileaks is compromised. Russia knew exactly where to look to take my words & put them in HRC friend’s mouth https://t.co/1d5qvU01Yi

6. A long editor’s note to this WaPo PropOrNot article essentially makes the whole think out to be hooey. https://t.co/bupNICDBnj

8. Again the @AP had to correct a story, picked up by ABC among others, that said a Russian commander had told a counterpart in the Philippines “You can choose … to cooperate with United States of America or to cooperate with Russia.” NOW DELETED

9. The NYT’s mangled a story about Abby Martin and Breaking the Set on RT and doesn’t get it right even in the corrected version. https://t.co/C9tNPM6J4I

10. A CNN Russia/Trump story based on a single anonymous source had to be retracted and led to the resignation of three CNN journalists. https://t.co/Im5VIrx02U

11. An article by Ben Jacobs in the Guardian had to include two major corrections in asserting a long established close tie between Wikileaks and the Putin regime.

12. Widespread reports that Russia was behind the hack of Macron’s emails ahead of French election were debunked by French security forces.

14. Russia didn’t hack C-Span in spite of initial “confirmation” it had.

16. A NYT article on Lee Camp’s Redacted Tonight show on RT had to include multiple corrections but is still riddle with inaccuracies.

17. Widespread reports said that Russia had hacked 80 UK Parliamentary email accounts. There was never confirmation and UK intel later said it was actually Iran (but very few outlets with stories still up corrected)

18. Mueller’s team didn’t specifically debunk the on-again/off-again Michael Cohan in Prague story (from the Steele Dossier), but when it recently reared it’s head again, it said that “many” news stories on the Trump-Russia probe are wrong

19. It went everywhere all the time for a while, but the NYT eventually issued a correction that it was 4 intelligence agencies, not 17 that, to varying degrees, agreed that Russia had interfered in election

20. As I’ve long pointed out, WaPo wrongly attributed a vuln scan of Arizona’s election system to Russia. Hackers with Anonymous had claimed the scan looong before the Russia story ever broke.

21. James Comey very publicly said that one of the first huge NYT’s stories that initially alleged repeated contacts between the Trump campaign and Russian spies was “in the main … not true”

22. CNN had to issue a major correction to a story that initially claimed Trump Jr. had advance notice of Wikileaks’ Podesta email dump. The date of the email in question was off by 10 days.

23. CNN just completely erased a story about Scaramucci, Trump, and a Russian Bank. So bad a correction simply wasn’t possible.

24. CNN, followed by other outlets claiming they had confirmed, falsely said that Cohen would confirm that Donald Trump had advance knowledge of the June 2016 Trump Tower meeting. Most outlets retracted, but not CNN.

25. A live ABC report sent markets into panic when it said it had confirmed that Flynn would testify that Trump instructed him to make contact with Russians during the campaign. ABC had to correct. https://t.co/qPrRVWi46D

26. CNN (again!) said that it had confirmation that Comey would testify that Trump wasn’t told multiple times that he wasn’t under investigation. Another correction! https://t.co/08Zmp3Jaiu pic.twitter.com/HBpoJXOv9y

27. NBC news initially suggested that Megyn Kelly had gotten Putin to admit to having compromising material on Trump. Correction!

28. Newsweek retracted a story saying that a Russian influenced bot-network had helped to take down Senator Al Franken https://t.co/1ZUs9CFSHy

29. Yet again, CNN, but this time they just quietly walked back reporting they’d done on Sessions not properly reporting contacts with Russia he’d had in normal course of being a Senator. https://t.co/2OLQtesjQl

31. NBC: Feds monitored Cohen’s phone calls for a long time. Whoops! It was just getting a log of his calls.

32. Talking Points Memo wrongly reported that a Russian social media company was cooperating with the Mueller investigation about contacts between one of their executives and the Trump campaign.

33. It wasn’t Russian supersonic tech in Cuba that disoriented American diplomats it was … crickets… no really, crickets.

34. There’s yet to be any credible confirmation of this wild Guardian story on Manafort meeting with Assange at the Ecuadorian Embassy in the UK when there should have been ample confirmation, including video.

35. NPR had to apologize in an editors note after accusing Trump Jr. of lying in testimony to Senate investigators regarding a planned Tump Tower in Moscow.

36. Even the correction there in #35 doesn’t note that Trump said “yes” in the same interview to whether discussions continued into 2016.

37. Again the AP. It had to correct an erroneous report that Steele’s Dossier started out funded by the conservative Washington Free Beacon.

40. BuzzBleed! “Sources tell WaPo that after BuzzFeed published its story, the special counsel’s office reviewed evidence to determine if there were docs or interviews like those described, reaching out to those they thought might have a stake. They found none.”

Read the rest of the list here at this stunning thread  of the real state of American ‘journalism’.