Over the last decade, the prospect of mass automation has seemingly shifted from a vague possibility to an inescapable reality. While it’s still incredibly difficult to estimate the ultimate impact of automation and AI on the economy, the picture is starting to become a bit clearer as projections begin to converge.

Today’s infographic comes to us from Raconteur, and it highlights seven different charts that show us how automation is shaping the world – and in particular, the future outlook for manufacturing jobs.

The Age of Automation

The precise details are up to debate, but here are a few key areas that many experts agree on with respect to the coming age of automation:

Half of manufacturing hours worked today are spent on manual jobs.

Automation’s impact will be felt by the mid-2020s.

Technology simultaneously creates jobs, but how many?

Unfortunately, although experts agree that jobs will be created by these technologies, they disagree considerably on how many. This important discrepancy is likely the biggest x-factor in determining the ultimate impact that these technologies will have in the coming years, especially on the workforce. 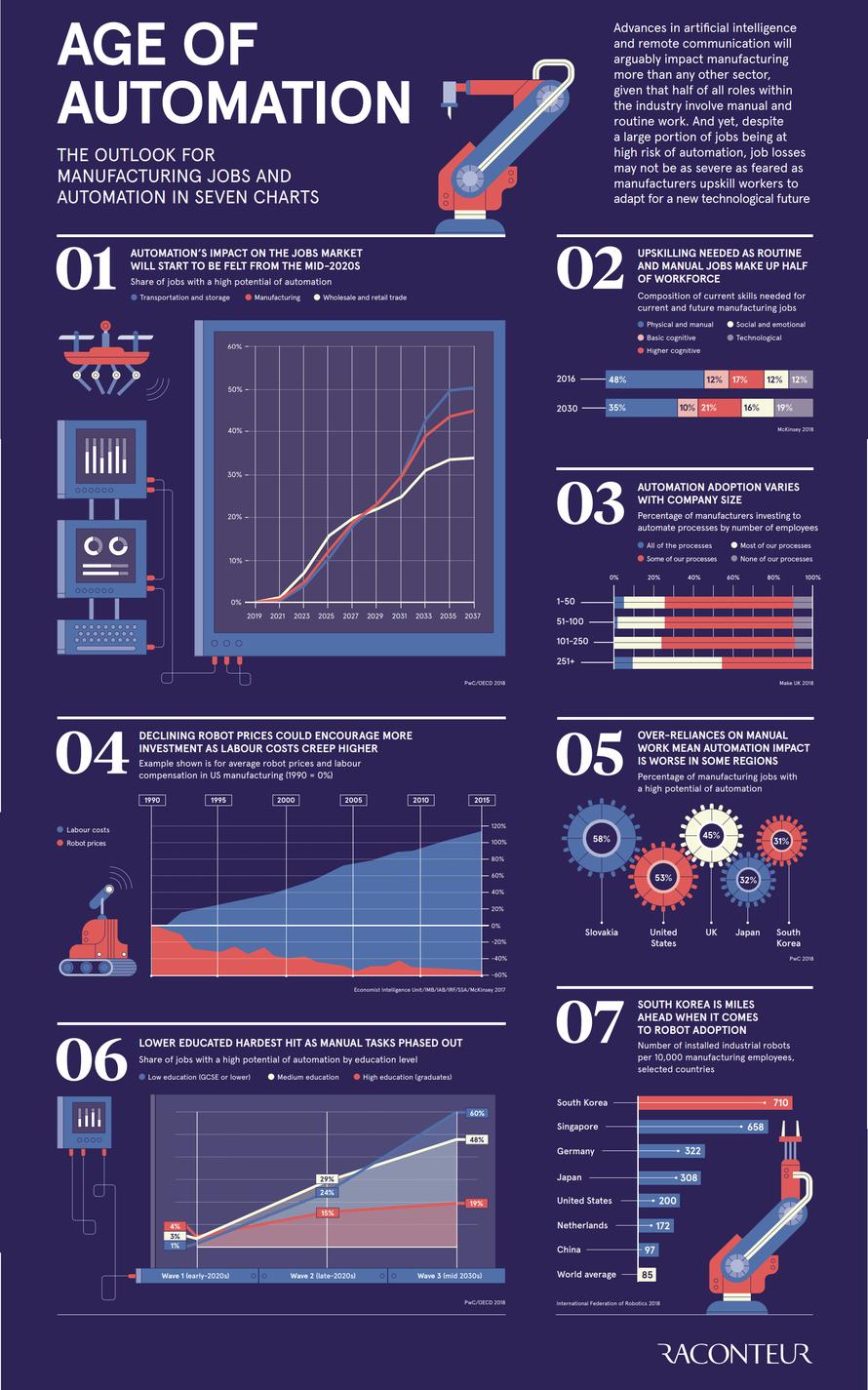