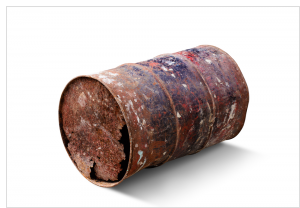 Here in the opening month of 2019, as the US consumes itself with hot debate over a border wall, far more important topics are being ignored completely.

Take US energy policy. In the US press and political circles, there’s nothing but crickets sounding when it comes to serious analysis or any sort of sustainable long-term plan.

Once you understand the role of energy in everything, you can begin to appreciate why there’s simply nothing more important to get right.

Energy is at the root of everything. If you have sufficient energy, anything is possible. But without it, everything grinds to a halt.

For several decades now the US has been getting its energy policy very badly wrong.  It’s so short-sighted, and rely so heavily on techno-optimism, that it barely deserves to be called a ‘policy’ at all.

Which is why we predict that in the not-too-distant future, this failure to plan will attack like a hungry wolfpack to bite down hard on the US economy’s hamstrings and drag it to the ground.

America’s energy policy blunders are nowhere more obvious than in the shale oil space, where it’s finally dawning on folks that these wells are going to produce a lot less than advertised.

Vindicating our own reports — which drew from the excellent work of Art Berman, David Hughes and Enno Peters’ excellent website — the WSJ finally ran the numbers and discovered that shale wells are not producing nearly as much oil as the operators had claimed they were going to produce:

Thousands of shale wells drilled in the last five years are pumping less oil and gas than their owners forecast to investors, raising questions about the strength and profitability of the fracking boom that turned the U.S. into an oil superpower.

The main conclusion of this analysis is that US shale producers have overstated their well output by 10% collectively. And as much as 50% for certain individual companies.

These numbers are easy to collect and analyze. While it’s a great thing to finally have the WSJ show up here, many years later than the independent analysts cited above, they still didn’t get close to the actual truth.

In actuality, the shale plays are going to produce roughly half of what is currently claimed by shale operators.  Instead of a -10% collective hit to production, we should be ready for something closer to -50%.

Not only does that “raise questions” about the role of the U.S. as an oil superpower, it ought to raise alarm bells about its entire energy strategy.

A Quick Lesson On Strategy

To take a minor detour, I spent several years of my life as a corporate strategy consultant.  These efforts involve teams of people, complex processes, and loads of work.  But if you strip away all of the complex nonsense, a strategy is quite simple.

A strategy is nothing more than thoroughly addressing both parts of this question: Where are you going, and how are you going to get there?

Or put another way: What’s your vision and what are your resources?

This is true whether you’re a major international corporation, a nation, or an individual.  If you know where you’re going and how you’ll get there – congratulations! – you have a strategy.

Because it’s easy to dream up more “vision”, the vital part of having a strategy is being sure that your vision is both grand but achievable given your resources.

The US has been blessed with abundant oil and natural gas resources.  What it lacks is any sort of a vision about where we’d like to be when those wind down and eventually run out.

Will the US resemble a 3,000 mile wide version of Detroit, full of decay and misery? Or can it engineer an intelligently-planned and executed transition to a complex network of clean and sustainable energy sources, full of hope?

It’s really not an overstatement to say that the US is currently operating without an energy strategy. The vision, such as it is, seems to rest on the idea that sufficient oil will always be found and produced to meet its needs. End of story.

While I have a lot of admiration for the technology, the expertise and the diligence of the people working in the oil sector, I have even more respect for geology.

The US began its love affair with oil by going after the conventional reservoirs that sat atop ancient marine shale basins where 400 million years’ worth of ancient sunlight was stored in the form of deposited plankton and algae.

Those conventional reservoirs eventually were all found and tapped. Everyone in the oil space agrees that the biggest of them have all been discovered and there are very few conventional finds left.

What the shale “revolution” (or “retirement party” as Art Berman more accurately calls it), did was to drill straight into the source rocks themselves. Which require much more energy and cost to coax oil from.

What’s left after the source rocks?  Nothing, that’s what.  There are no “pre-source” rocks to drill into next.

We’re scraping away at the literal bottom of the geologic barrel, pretending as if that were all perfectly normal and sustainable. It’s neither.

Yes, the shale oil and natural gas extracted by fracking is going to be used. That much is a given. But on what? To continue to allow SUVs and light trucks to continue to be the most popular vehicles sold to US consumers?

Or to continue to flare off (i.e. burn) excess natural gas from these wells that you can clearly see the wastage from space? 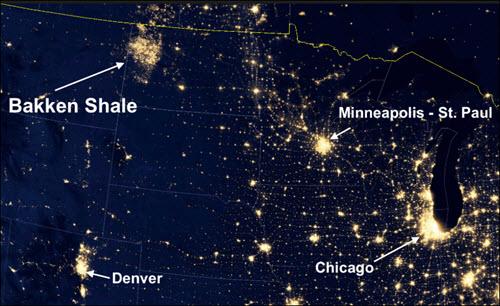 Additionally, fracking has led to shortages of fresh water and sand, as well as pipeline bottlenecks. All of which speak to the blind haste and urgency of the shale business.

As poor as the economics are for the shale drillers, which have collectively spent some $260 billion more than they have taken in from their operations, things are even worse than commonly understood. As the public is on the hook for billions of dollars worth of road and bridge damage caused by fracking trucks.

In Texas, the road damage might be as much as twice the amount brought in by taxing the oil operation revenues.  So billions of public subsidies go typically uncounted in the overall costs of fracking for shale oil and gas.

In short, shale extraction efforts are being conducted at such a furious pace and with such an absence of strategic planning that even an illegal warehouse rave seems well-organized by comparison: 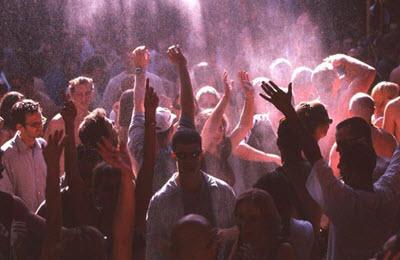 Meanwhile the US press continues to cheerlead the efforts to rip the oil and gas out of the ground as fast as possible. As if there were some national emergency where there just isn’t time to do things right.

What’s the emergency, we wonder?  What’s so urgently important that we feel the need to cut corners and simply burn our natural gas, a non-reneweable fossil resource, as a waste product into the night sky?

The emergency, we suspect, is that those involved in financing the shale companies don’t want people pausing long enough to ask the right questions, which the WSJ finally did.

Look, I consume oil and gas. I drive a car and I heat my house in the winter.  So I’m not even remotely saying that the shale plays should be summarily abandoned.

What I am saying is that we’re blindly proceeding without any sort of national strategy in place, using up extremely valuable and non-renewable energy resources at a blistering pace.

Should our oil be taken out of the ground so quickly that exporting it to other nations is the only opportunity to ‘get rid of it?’

Maybe. Or maybe not.

First we’d have to know how much there is (i.e., the resources) and where we hope to be when it runs out (the vision).  If there’s enough to fund both our future visions and export some, too, then OK, go ahead and export it.

The problem, as you know, is that the US has no clear vision for where it would like to be in 20 or 30 years.

If the future is going to be mostly electrified, then there are huge energy expenditures to be made in alternative electricity production and storage, build-out of electric vehicles and mass transit systems, and a complete overhaul of the agricultural system.

I would propose that the energy cost (not the dollar cost) of all that activity is largely unknown. Which means that the US is running the risk of wasting this last bonanza from the shale revolution on frivolous pursuits.

If the WSJ analysis is right (and they did not consult with any of the experts I trust on the matter) then there’s around 10% less oil in the shale plays than we thought.  Not great, but survivable.

If the analyses I trust are more accurate, then there’s closer to only 50% of what we thought was there. This is a big problem for a nation without any sort of a plan, especially one that has used the shale output to convince itself that oil abundance is always going to be a part of the landscape.

Beyond the significance of not having an energy strategy, there’s the more immediate predicament of how a nation up to its armpits in debt, and sinking rapidly, is going to fare when the great output boom stops and then heads into reverse.

High levels of debt and rising energy costs are a terrible combination.

We’re placing that collision within the next three years.  Are you prepared for that?

As things stand, the US will blunder into that new era completely unprepared, as one might expect for a nation in decline.

In Part 2: A Bust For The Ages, we dive much further into the path and scope of the coming shale yield shortfall, and detail just how devastating it will be for both government, industry and individuals alike given the massive dependency on current assumptions.

If future output disappoints even by a little, the cascade of ripple effects across the economy as that becomes understood will be extremely painful. But the math clearly shows volumes will disappoint by a lot — so get ready for a bust for the ages.