If you look at the Dow year-to-date, you might think the market has rallied fairly well for the start of 2019. You might even think the uncertainty from 2018 was accounted for to some degree.

But not so fast. According to a recent report, Liz Ann-Sonders from Charles Schwab highlighted concerns about an imminent earnings recession.

Ann-Sonders said that an earnings recession – two straight quarters of year-over-year profit declines – is possible. It’s just not “something that the market is forecasting right now.”

She attributed the possibility of this recession to waning effects from last-year’s tax cuts. And over at MarketWatch, Mike Wilson from Morgan Stanley says their earnings recession call is playing out “faster than we thought.”

He also “downgraded S&P 500’s earnings-per-share growth target for the year to 1% from 4.3% and warned of a looming earnings recession.”

Ann-Sonders added more fuel to the fire by highlighting China as a second “wild-card” inside the recent rally:

Sonders and her team pointed out in a report released earlier this month that many big US companies, including paint maker PPG (PPG), chip giant Texas Instruments (TXN) and auto parts supplier Lear (LEA), have cited weakening demand in China on their recent earnings conference calls.

John Butters of FactSet Research provided more insight into what may be a historically “sputtering” market rally:

As of Feb. 8, with 66% of S&P 500 components having announced results, fourth-quarter earnings rose 13.3%. If this holds, it will be the first quarter that the index has not posted an increase of 20%…

So it appears the tax cuts that helped last year’s earnings aren’t going to help this year’s earnings. It also seems like Q4 earnings could be spinning tires in the mud.

Wilson finished the MarketWatch piece by expecting a “full-year decline of about 3.5% in S&P earnings.”

So even if Wall Street optimists are beating the “It’s a rally!” drum, the sound may not be as loud as they claim. 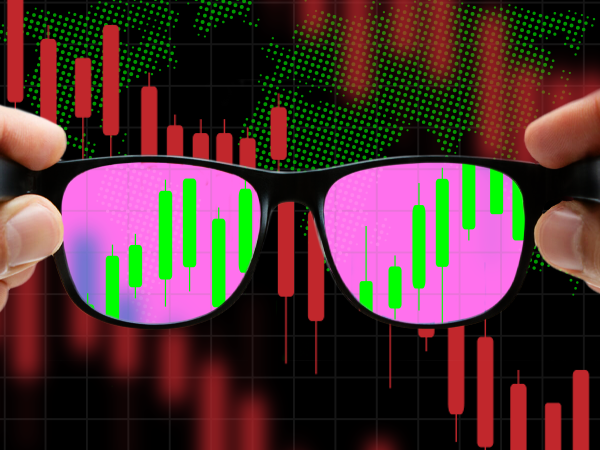 Take Off the Rose-Colored Glasses – And Uncertainty Still Looms

The Dow may have risen 2,000 points to start this year, but it lost over 5,000 points last year between October 3 and December 24.

And if you examine this year’s rise, the “slope” actually seems fairly flat, almost like the market is struggling to recover (see YTD chart below): 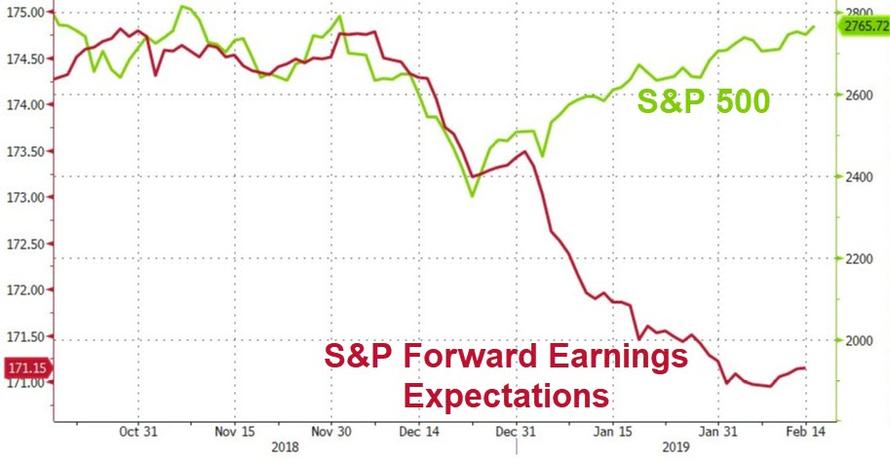 So the Dow is recovering, but the momentum may not be enough to sustain a rally much longer. And the S&P average level is flat compared to last year (at 2,745 for this year according to MarketWatch).

Nothing much has changed since last quarter of 2018, either.

You still have trade war concerns and economic slowdowns in Europe and China.

And even though Federal Reserve Chair Powell has slowed short-term rate hikes, according to an article from MarketWatch, he doesn’t control the longer-term rates (emphasis ours):

To add fuel to the fire, a recent paper from Cambria research surprisingly suggests that some of the biggest “gain” days took place during bear markets.

So this rally might actually be a “black swan” for this bear market. One thing is certain – market uncertainty still hides amongst the market hype. 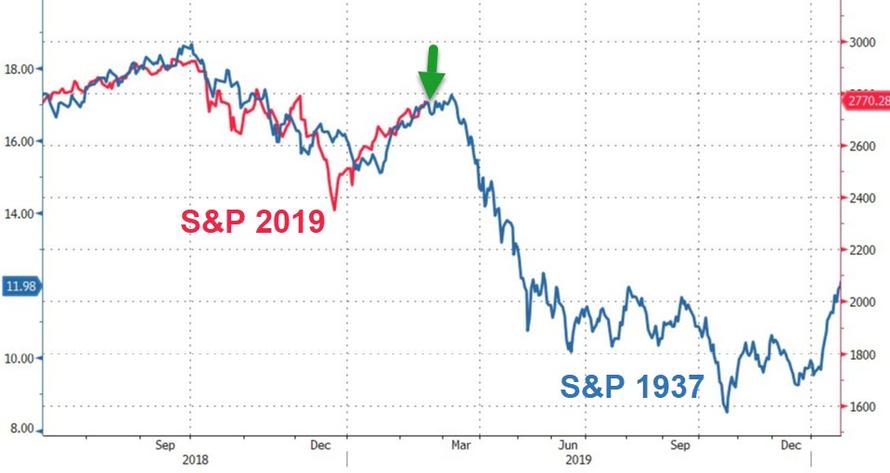 The impact of the recent rally on optimistic investors is telling. Who knows what could happen in any renewed trade war talks, prolonged earnings recession, or other downturn.

It just goes to show that market volatility still operates in the background. And at some point, it’ll take over. After all, that’s what happened in 2008.

Don’t let a volatile market that seems to obscure reality hit your retirement the way it did to so many people in our last recession. Start taking action to protect your savings.

Having a diversified portfolio with assets known for their protection during uncertain times such as gold and silver is a strategic way to protect your retirement.