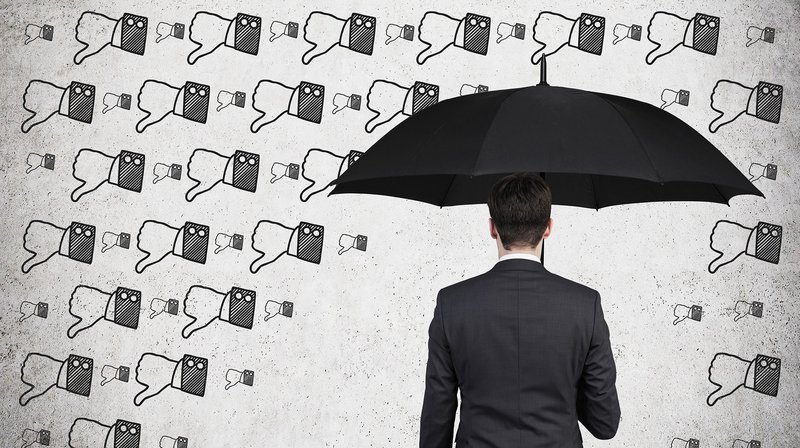 The hard fork part of the New York Agreement is scheduled to take place within about two weeks. This incompatible protocol rule change is set to increase Bitcoin’s block weight limit, to allow for more transactions on the network – if everyone adopts the change. Otherwise, it will create a new blockchain and currency that may or may not be considered to be “Bitcoin.”The list of signatories of this agreement includes several of the largest Bitcoin startups and mining pools that, together, claim to represent a majority of users and hash power. Yet, it is far from clear that this 2x part of SegWit2x proposal really has much support outside of these signatories. Most of Bitcoin’s development community, a significant number of other companies, some mining pools, user polls as well as futures markets suggest otherwise.

And now, a growing list of international Bitcoin communities is putting out public statements against the SegWit2x hard fork as well.

On October 12, 2017, the Seoul Bitcoin Meetup – the largest and longest-running Bitcoin meetup in South Korea with over 1700 members – was the first user community to put out a statement on SegWit2x. More precisely, in their own words, the group voiced its “staunch opposition to this November’s proposed hardfork.”

In its statement, the Seoul Bitcoin Meetup places emphasis on the manner in which the agreement was made. Typically, changes to the Bitcoin protocol go through the Bitcoin Improvement Proposal (BIP) process where it is peer reviewed by developers across the ecosystem, whereas SegWit2x went through the New York Agreement, which was forged at an invite-only meeting among about a dozen company executives.

If a select group of CEOs and investors, no matter how benevolent their intentions, can unilaterally make decisions about the consensus rules without public comment and force these changes upon the network regardless of overall consensus, then Bitcoin will have lost the properties that make it valuable in the first place.

Additionally, the Seoul Bitcoin Meetup argues that the hard fork is needlessly risky without offering sufficient benefits to warrant the risk. It also takes issue with the controversial decision of SegWit2x developers not to implement strong replay protection.

On the same day as the Seoul Meetup Group, the Bitcoin Munich meetup group also put out a public statement against the SegWit2x hard fork. This meetup group consists of over 2000 members – though only several dozen of them actually engaged in the vote whether or not the statement against the SegWit2x hard fork would be accepted. This statement itself was spread via photo on social media.

In its statement, the Bitcoin Munich meetup explains it opposes the SegWit2x hard fork in part because of technical concerns:

Another doubling of the block size so quickly after SegWit seems hasty and might cause further mining centralization.

The statement further argues that a hard fork requires more and better preparation and should include more improvements from the hard fork wish list, and it endorses Bitcoin Core as “the true Bitcoin client.”

The biggest user community also published the longest statement against the SegWit2x hard fork so far. A combined effort between a significant group of Argentinian and Brazilian users and companies, published on October 17,2017, voiced “their deepest concerns over the upcoming November hardfork as mandated by the so-called New York Agreement (NYA), also known as SegWit2x (S2X).”

Not unlike other critics of the hard fork, emphasis was placed on the process that led to the SegWit2x agreement:

The very nature of an ‘agreement’ between a few parties in a decentralized consensus protocol can be interpreted as an aggression against the network.

Similarly, the statement addresses the lack of transparency from SegWit2x proponents, criticizing the notion of a “political compromise instead of a technical upgrade” and the “consensus imposition instead of consensus building.”

Other points of concern include the lack of replay protection, the rushed nature of the hard fork, misleading statements by SegWit2x proponents and much more.

The Israeli Bitcoin Association is a non-profit organization that promotes Bitcoin and similar technologies in Israel, with an open membership. On October 24, 2017, this association put out its own statement on the SegWit2x hard fork.

Slightly different from several of the other statements, the Israeli Bitcoin Association emphasizes the right of anyone to fork Bitcoin and create a new cryptocurrency. That naturally includes SegWit2x proponents.

But importantly, the association adds:

A protocol change in the currency holding the name ‘Bitcoin’, especially one requiring a hard fork, requires overwhelming consensus. The SegWit2x hard fork does not in any way enjoy such consensus, and while this remains the case we cannot refer to the resulting currency as ‘Bitcoin.’

The SegWit2x currency will instead be referred to as “‘Bitcoin2x.’ ‘SegWit2x coins,’ BT2, B2X, S2X or any other distinctive term that the industry will adopt.”

The Hong Kong Bitcoin Community in general, and the Bitcoin Association of Hong Kong specifically, put out statements against SegWit2x on October 25, 2017.

While technically separate statements, both voice their concern about the lack of consensus for the hard fork. The Hong Kong Bitcoin Community – a group of Hong Kong-based companies – states that “the lack of enthusiastic support for this fork among the community is striking.” The association – which mostly exists to promote Bitcoin in Hong Kong – states that “the proponents of the hardfork should kindly ask the Bitcoin community to support them and then only proceed with the hardfork if there is widespread community support.”

Additionally, the Hong Kong groups speak out against the lack of replay protection in the SegWit2x fork.

Due to the combination of both a lack of consensus across the community and a lack of strong replay protection, we consider SegWit2x a reckless endeavor that will cause disruption and harm to the ecosystem.

The Italian Bitcoin community, more specifically a group of companies, meetups, lobbying groups and other organizations, put out a statement against SegWit2x on October 31, 2017.

The statement is largely inspired by an earlier statement by the Italian blockchain research lab BHB, which rejected SegWit2x as “an attempt to perform a political takeover of Bitcoin.”

The statement by the broader Italian Bitcoin community is a bit more compact, but nonetheless touches on many of the familiar points of criticism regarding the SegWit2x hard fork.It reads:

The opposition is especially strong against any action of this kind that could cause huge inconveniences for service providers and serious confusion for users, potentially leading to financial losses: unilateral attempts to appropriate Bitcoin name, logo or “ticker”, attempts to mislead light-clients and SPV wallets on alternative networks not explicitly chosen by them, attempts to launch new coins in a way which leave users vulnerable to “replay attacks” or address format confusion, attempts to attack the network with a temporary hashing-power majority in order to create disruptive reorgs or to slow down the normal activity.

Meanwhile, the French-speaking Bitcoin communities are voicing their concerns with the SegWit2x hard fork through a change.org petition. It is currently signed by over 1300 people and counting.

The (French) text that accompanies the petition is mostly inspired by and based on the statement published by the Seoul Bitcoin Meetup. Like that statement, this petition emphasizes concerns about the manner in which the agreement was forged, while also noting the lack of replay protection and other problems.

Additionally, the petition includes a call to action to find alternatives for the companies that signed onto and continue to support the SegWit2x hard fork:

We would suggest avoiding the use of services of companies that support the NYA, and we hope to substitute them with alternative solutions.

Are they any more user communities that have put out statements against or in favor of the SegWit2x hard fork? Let me know at [email protected]

The post These International Bitcoin Communities Are Rejecting SegWit2x appeared first on bitcoinmining.shop.