The last time Donald Trump tweeted about the market was on October 31, 2018 when the Dow surged 400 points much the delight of a president who had grown accustomed to see the market as a barometer of his policy performance.

Stock Market up more than 400 points yesterday. Today looks to be another good one. Companies earnings are great!

And while Trump had a vocal track record of praising the US stock market prior to then, he had gone surprisingly mute in the past three months… 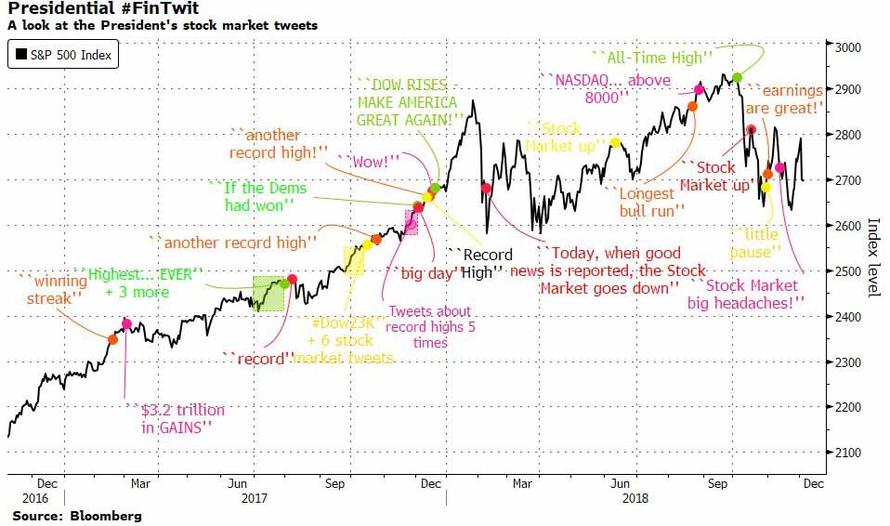 …  when instead he turned to bashing the Fed and its chair Jerome Powell. 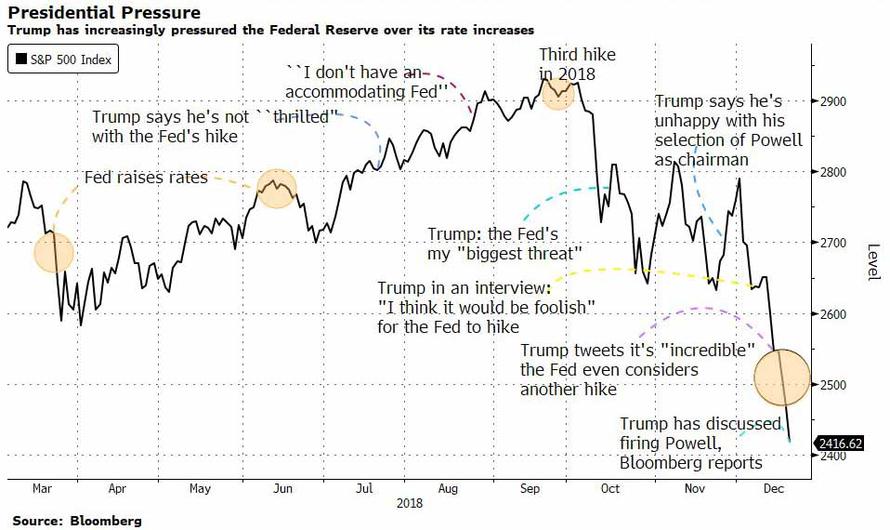 Following Powell’s complete and total capitulation in the face of market forces to which there is now no doubt the Fed is held hostage, market analyst Trump was back in full force, and delighted clearly delighted by today’s 435 surge in the Dow, to wit: “Dow just broke 25,000. Tremendous news!“

This was to be expected, because as we jokingly tweeted earlier after today’s Fed presser, Powell is no longer on the chopping block.

The question traders have is whether Trump jinxed it, again: the last time he tweeted – when incidentally the Dow also surged over 400 points – marked the start of the next leg lower in stocks. Will this time be different.