In the chaotic aftermath of the latest coup attempt against Nicolas Maduro, Venezuela’s US-backed opposition leader Juan Guaido, the head of the Venezuelan assembly has proclaimed himself ‘acting president’ with the explicit backing of the US in what’s looking more and more like a successful, US-backed coup.

“Today, January 23, 2019, I swear to formally assume the powers of the national executive as president in charge of Venezuela,” Guaido said as crowds of people singing the national anthem converged in Caracas central square.

During a speech in Caracas, he promised to run the country until free elections can be held. 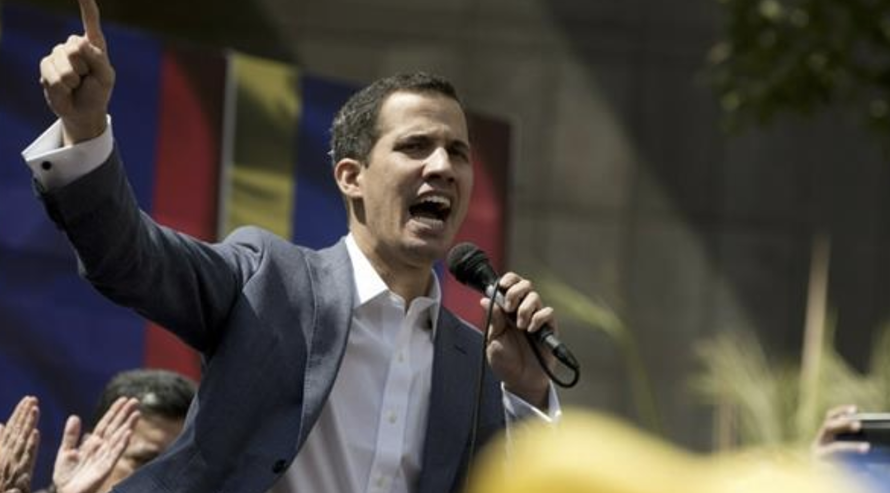 The defiant outburst comes shortly after Maduro started a new six-year term, and one day after Vice President Mike Pence urged Venezuelans to rise up against his corrupt regime.

Clashes have continued following a failed coup attempt organized by a group of National Guard soldiers  who tried to unseat Maduro. In a retaliatory crackdown, Venezuelan police have blocked Internet access.

The clashes have continued…

Chaos in #Venezuela as millions are fed up with a socialist government that restricts their freedom and dooms them to poverty. pic.twitter.com/LHSkPGlN56

…As tens of thousands of Venezuelans have taken to the streets across the country.

Wow! Video of just one of the various meeting points in #Caracas today calling for the end of the Maduro regime & restoration of Constitution. Massive turnout across dozens of cities across #Venezuela. Today is much different than past protests. pic.twitter.com/bZKDJTK2Pk

At least one military general has joined with the opposition (after US Sen. Marco Rubio encouraged military defections).

And in an unprecedented move, the Trump administration announced that it would recognize Guaido as the legitimate president of Venezuela, Bloomberg reported. Canada joined the US in recognizing Guaido, as did Brazil – though Mexico reaffirmed that it recognizes Maduro as the country’s legitimate leader.

“The people of Venezuela have courageously spoken out against Maduro and his regime and demanded freedom and the rule of law,” Trump said in a statement from the White House.

Trump published a full statement on his twitter feed.

The citizens of Venezuela have suffered for too long at the hands of the illegitimate Maduro regime. Today, I have officially recognized the President of the Venezuelan National Assembly, Juan Guaido, as the Interim President of Venezuela. https://t.co/WItWPiG9jK

In a statement, Secretary of State Mike Pompeo called on Maduro to step aside and reaffirmed that the US will support Guaido as the country prepares for legitimate elections.

After uprisings in the summer of 2017 were brutally crushed by police, the opposition is hoping that a strong turnout on Wednesday will convince the military to switch sides and support the people over Maduro’s regime.

As Bloomberg’s Sebastian Boyd pointed out, Venezuelan bonds rallied on the news (likely spurred by growing optimism that this might be the end of Maduro’s reign).

It’s unclear where Maduro is, or what exactly is going on.

i) a US-sponsored Venezuela coup and

ii) Venezuela oil production is about to soar