As had been expected for months, yet in a move that will likely unleash a fresh round of accusations that Trump is a Kremlin agent, on Sunday the US Treasury lifted sanctions against Rusal and En+, freeing two companies once controlled by Putin ally and billionaire oligarch Oleg Deripaska, from trading restrictions despite opposition from Democratic lawmakers and Russia hawks in Washington.

The Treasury department said on Sunday that it had removed the sanctions imposed in April, backing a deal that has been hammered out by Deripaska and En+ over the past nine months. Even so, the decision to remove the sanctions prompted fresh controversy in Washington because of Deripaska’s continued ties to the companies and his links to Paul Manafort, Donald Trump’s former campaign chairman, even though Deripaska will remain under U.S. sanctions, and his property will remain blocked. 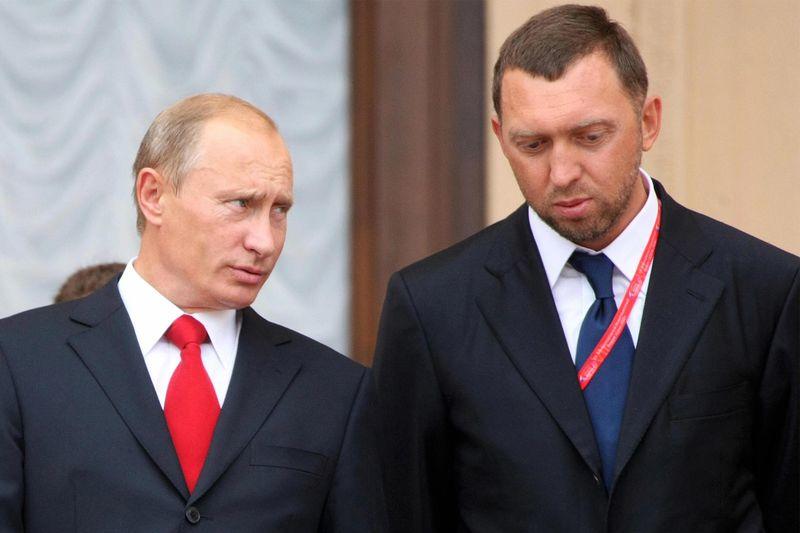 “This action ensures that the majority of directors on the En+ and Rusal boards will be independent directors, including US and European persons, who have no business, professional, or family ties to Deripaska or any other specially designated individuals, and that independent US persons vote a significant bloc of the shares of En+,” the Treasury’s Office of Foreign Assets Control (OFAC) said in a statement.

Not everyone was against the decision, and the deal enjoyed support from several US allies in Europe, including the UK and Ireland, as well as some former Treasury officials. Efforts to block the US Treasury’s decision in the House of Representatives stumbled in Washington this week, according to the FT.

Sanctions relief for Rusal, the world’s second largest aluminum producer, will remove a source of uncertainty from the aluminum market. Prices surged in April when Treasury announced the financial restrictions. But prices tumbled in recent months on speculation that the Rusal sanctions would be lifted. One group that will be delighted by the deal are downstream participants in aluminum supply chains. Aluminum manufacturing plants in Ireland, Scotland and other European countries also quickly came under threat, before the US Treasury agreed to freeze some of the measures. 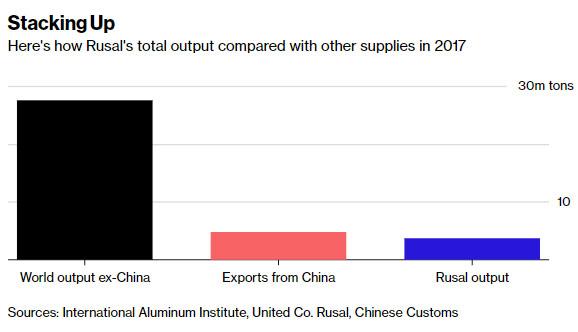 That explains why supporters of the deal – mostly out of Europe – argue it both meets the initial aim of the sanctions when first imposed and would avoid disrupting global supply chains in aluminum and alumina markets, which could have had a serious impact on the broader economy including for car manufacturers and airlines. 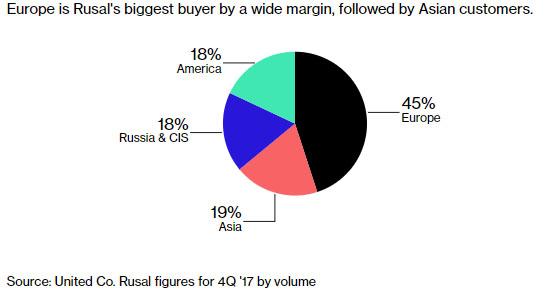 Additionally, under the agreement to lift sanctions, Deripaska has agreed to cut his direct and indirect share ownership below 50% in each company in a move designed to sever his control over the companies,  overhauling the boards of En+ and Rusal, and “committing to full transparency with Treasury by undertaking extensive, ongoing auditing, certification, and reporting requirements,” the department said in December when announcing its plans to remove the sanction. He will hold voting rights over just 35% of the company’s shares.

The board of En+, Deripaska’s London-listed holding company, has also been overhauled, further loosening his grip according to the FT. After the Treasury announcement, En+ named its new independent board members, including Christopher Bancroft Burnham, a former UN and US state department official, who has also worked in banking and private equity. Nicholas Jordan, who helped run both Goldman Sachs and UBS’s Russian operations during a 30-year banking career will also join the En+ board, alongside, Igor Lojevsky, who was once a senior executive in Deutsche Bank’s eastern European operations.

The former UK energy minister Lord Barker of Battle, who as En+’s chairman has worked closely with the US Treasury to have the sanctions lifted, said the board had been selected to help implement the terms of the agreement.

“The board now comprises eight first-class independent directors, who together have the requisite skills and experience to enforce the new robust reporting and verification regime, put in place in co-operation with Ofac,” Mr Barker said in a statement.

The Treasury defended the merits of the deal, noting that the plan would give it the right to re-institute sanctions on all three of Deripaska’s companies if the tycoon attempted to re-exert control.

As for Deripaska, he remains a persona largely non grata in the US, where he was targeted last year alongside other oligarchs and businesses as part of sanctions designed to punish Russia for its “malign” behaviour, including its attempts to influence US elections. And while the US Treasury has now lifted restrictions on two of his main companies, he remains under sanctions himself and will not be able to access dividend payments related to the businesses while still a designated individual.

According to the FT, as a result of the sanctions, Deripaska’s personal fortune has been reduced by $2BN to $3 billion. A number of his shares will be transferred to Russian bank VTB, which will sell them to cover debts the oligarch owes to the financial institution, which itself is under various US sanctions. Additionally, any dividend Deripaska receives from En+ in the future will be placed in a blocked bank account until he is also removed from the sanctions list.

As Bloomberg notes, Rusal is among the largest companies the U.S. has ever put on its sanctions designation list. The value of the aluminum producer has declined by more than half from $9.2 billion more than eight months ago.