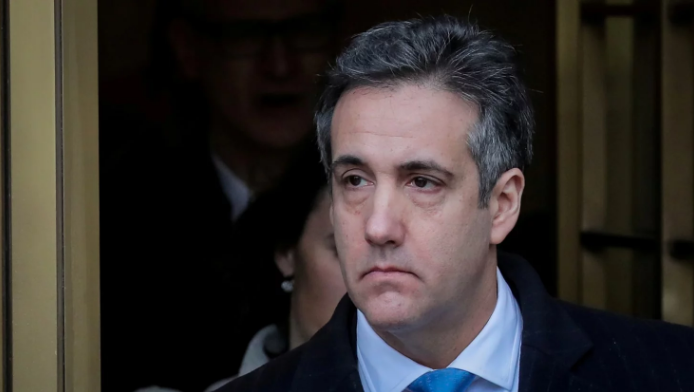 Trump also supported a plan hatched by Cohen to visit Russia during the 2016 presidential campaign in order to personally meet Vladimir Putin to see if it would help get the project off the ground. “Make it happen,” Trump allegedly told Cohen.

And even as Trump told the public he had no business deals with Russia, the sources said Trump and his children, Ivanka and Donald Trump Jr., received regular, detailed updates about the real estate development from Cohen, whom they put in charge of the project. –BuzzFeed

According to BuzzFeed, Cohen told special counsel Robert Mueller that after the election, “Trump personally instructed him to lie” – by claiming that the Trump Tower Moscow negotiations had ended months before they actually had. The special counsel’s office also allegedly learned about Trump’s insructions to lie “through interviews with multiple witnesses from the Trump Organization and internal company emails, text messages, and a cache of other documents,” which Cohen reportedly confirmed.

This revelation is not the first evidence to suggest the president may have attempted to obstruct the FBI and special counsel investigations into Russia’s interference in the 2016 election.

But Cohen’s testimony marks a significant new frontier: It is the first known example of Trump explicitly telling a subordinate to lie directly about his own dealings with Russia. –BuzzFeed

Trump repeatedly denied having any business interests in Russia while on the campaign trail – while simultaneously pushing for the Moscow project which he hoped could bring the Trump Organization profits in excess of $300 million. According to BuzzFeed, citing “two law enforcement sources,” Trump had at least 10 face-to-face meetings with Cohen about the deal during the election.

Meanwhile, lawyers close to the Trump administration helped Cohen craft his Congressional testimony, including his draft statement to the Senate panel according to the report. This did not include former White House counsel DOn McGhan, who told BuzzFeed through an attorney: “Don McGahn had no involvement with or knowledge of Michael Cohen’s testimony. Nor was he aware of anyone in the White House Counsel’s Office who did.”

Following Cohen’s guilty plea, the special counsel’s office filed a memo in court vouching for his “credible” and “useful” information during seven interviews – adding that Cohen had provided details about his contacts with “persons connected to the White House” in 2017 and 2018.

According to BuzzFeed‘s law enforcement sources, Cohen confirmed that Trump directed him to lie to Congress, and that he had provided details of his conversations regarding Trump Tower Moscow with Trump, Donald Trump Jr., and Ivanka Trump – all three of whom have distanced themselves from the issue, claiming they had little knowledge of the negotiations.

Ivanka, however, was set to manage a spa at the tower and personally recommended an architect, according to the report. She also instructed Cohen to discuss the project with a Russian athlete who offered “synergy on a government level” in order to get the project moving. Cohen reportedly rebuffed Ivanka’s suggestion to meet with the athlete, angering Ivanka according to emails reviewed by BuzzFeed.

But a picture of their deep involvement is now emerging, as FBI agents and prosecutors pore over witness interviews and internal documents from Cohen and other Trump Organization officials and executives.

Trump was even made aware that Cohen was speaking to Russian government officials about the deal. The lawyer at one point spoke to a Kremlin aide as he sought support for the tower.

Trump also encouraged Cohen to plan a trip to Russia during the campaign, where the candidate could meet face-to-face with Putin. –BuzzFeed

Felix Sater, meanwhile, – a real estate developer, convicted felon and longtime asset for US intelligence agencies, tried to arrange a trip for Cohen to the St. Petersburg International Economic Forum where he was to meet with top Russian government officials and bankers. In order to advance the deal, Cohen told Sater that Trump himself would also go to Russia after the Republican National Convention in July 2016.

Of course, buried towards the end of the story BuzzFeed notes “The trip to St. Petersburg never took place and the plans to build Trump Tower Moscow never came tor fruition.”

That said, “the negotiations occupy an important place in Mueler’s investigation, as agents try to learn whether it is connected to the Kremlin’s interferene campaign and whom Trump associates were in contact with to close the deal.”

Trump, in his defense of the project, stated last November “There was a good chance that I wouldn’t have won, in which case I would have gotten back into the business, and why should I lose lots of opportunities?”

Meanwhile, big questions remain over how involved Trump’s children were in the project.

A spokesperson for Ivanka Trump’s attorney wrote that she was only “minimally involved” in the project. “Ms. Trump did not know about this proposal until after a non-binding letter of intent had been signed, never talked to anyone outside the Organization about the proposal, never visited the prospective project site and, even internally, was only minimally involved,” wrote Peter Mirijanian.

Donald Trump Jr., meanwhile, testified to the Senate Judiciary Committee on Sept. 7, 2017, that he was only “peripherally aware” of the plan to build a tower in Moscow. “Most of my knowledge has been gained since as it relates to hearing about it over the last few weeks.”

The two law enforcement sources disputed this characterization and said that he and Cohen had multiple, detailed conversations on this subject during the campaign. –BuzzFeed

Cohen is set to testify publicly before the Democrat controlled House Committee on Oversight and Government Reform on February 7.