Via Rabobank’s Michael Every

An AP poll now puts US President Trump’s popularity at just 32%, so it seems the US government shutdown is not doing him any favours. Yet if the last few years has shown us anything, it’s that when pushed into a corner, Trump tends to escalate, to create chaos, to change the topic, as a negotiating tactic of sorts. And you know what? It’s often worked for him.

Some will say that’s why Trump has recognised Venezuela’s unelected opposition leader Juan Guaidó as interim president of the country as he tries to push aside President(?) Maduro: that’s called regime change, folks. Trump has warned that “all options are on the table” if Maduro tries to remain in power, though other US officials have since tried to emphasise that this means economic measures such as transferring Venezuelan assets overseas and oil FX revenues to Guaidó. Mmmm.

Is this the US Monroe doctrine back in effect, shortly afterRussian nuclear capable bombers just happened to visit the country back in December. Yet note that Argentina, Brazil, and Colombia are also joining the US is backing Guaidó, making it not just a US show. Even Canada is joining in, which shows either it really is “white supremacist” (as the Chinese ambassador has stated) or that this is a more general backlash against Venezuela’s downwards spiral into utter chaos. 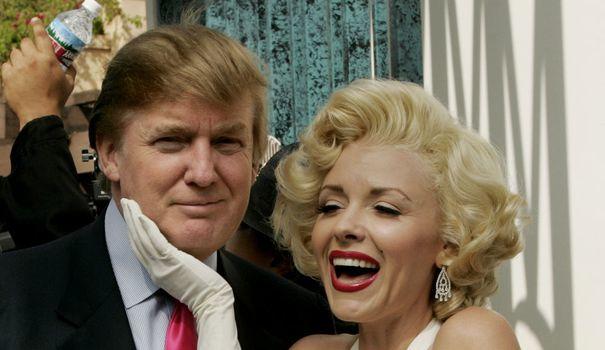 As such, could one interpret Trump’s actions as more of a Marilyn Monroe doctrine? After all, the famous beauty once noted:

“I am not interested in money. I just want to be wonderful.”

Fighting for truth and justice and the American way, and toilet paper, and sweeping aside the evils of socialism might appear wonderful to the US public; and even more so to the Washington neo-cons, who after Trump Tweets to “STOP THE ENDLESS WARS!” were probably starting to worry about who they could destabilise next.

In that regard, will history show this all began with the military revolt on Monday due to the obvious ruin of the Venezuelan economy? Or with a plot hatched by a three-letter acronym starting with ‘C’ and ending in ‘A’? (No, Commonwealth Bank of Australia, not you.)

Will the same commentariat and leading Democrats who are so resolutely anti-Trump now swing behind “presidential” actions of getting dragged into another foreign mess, just as they did after Trump ineffectually bombed Syrian over chocolate cake with Xi Jinping?

Crucially, who is to say this won’t end in chaos in Caracas: a Latin American Libya?

I don’t claim to have a granular enough view: but does Washington? Maduro has already rallied the people against “the coup-mongering, interventionist gringo empire”and the “fascist right” (That’s not Canada, is it?) Reports of gunshots and violence are also already coming out, and the internet has been shut down.

But let’s take this further: what if China and Russia are thinking of how to keep “their guy” in power as the Cold War spreads? What if Gentlemen Prefer Bombs? That would all be a recipe for making current global doom and gloom far doomier and gloomier. And would it make oil or Diamonds a Girl’s Best Friend, or the USD and safe haven currencies? Treasuries, certainly.

And yet ironically with the ongoing government shutdown, it’s also US citizens who are starting to worry about not having toilet paper.

Yes, there is now chatter that Q1 US GDP could be negative: but don’t worry, Q2 would then be amazing – if the government reopens…