In a late Friday tweet, President Trump has teased what he calls a “major announcement” about the Southern border and the government shutdown tomorrow afternoon at 3pmET.

I will be making a major announcement concerning the Humanitarian Crisis on our Southern Border, and the Shutdown, tomorrow afternoon at 3 P.M., live from the @WhiteHouse.

Will he declare the emergency that has already triggered the left? If his earlier tweet is anything to go by, he has th eparty with him and perhaps feels now is the time…

Never seen the Republican Party so unified. No “Cave” on the issue of Border and National Security. A beautiful thing to see, especially when you hear the new rhetoric spewing from the mouths of the Democrats who talk Open Border, High Taxes and Crime. Stop Criminals & Drugs now!

No wonder he decided it was better for Nancy to stay home and “negotiate.” 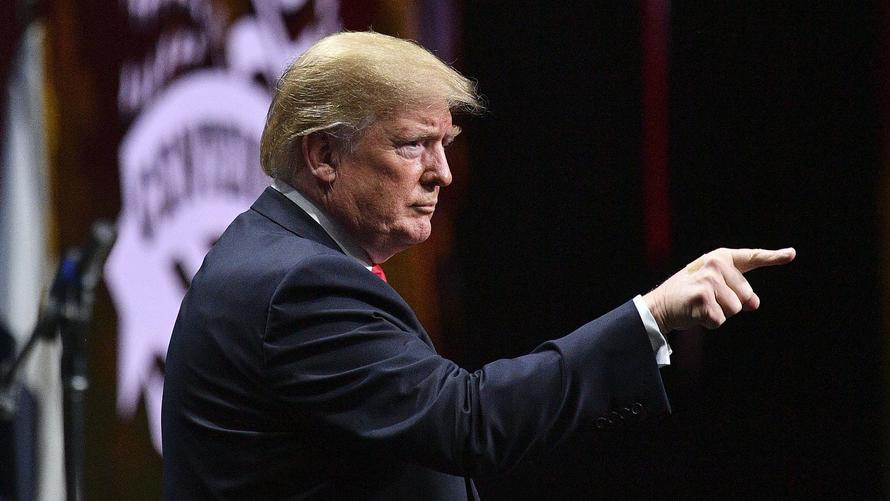 Perhaps it was pressure from average joes? As Statista’s Katharina Buchholz reports,according to a survey by The Economist and market researcher YouGov, 21 percent of Americans reported to be personally affected by the government shutdown in a poll conducted between Jan 12 and Jan 15. 46 percent of people said they knew someone who was personally affected by the limited operability of the government which has been shut down following a disagreement between Republicans and Democrats about building a wall on the Southern border with Mexico.

The most commonly reported problem that people were encountering was trying to access a government service that was not operating due to the shutdown. Eight percent of Americans questioned reported this problem. Seven percent said that they wanted to visit a national monument or park but couldn’t. Five percent reported that their business was affected. The same amount complained about a government website not being operational.

The survey also asked people if they had sympathy for furloughed federal workers. 76 percent of Americans registered as Democrats said they had “a great deal” of sympathy, compared to only 33 percent of voters registered as Republicans. Even though Democrats and Republicans reported to being affected by the different aspects of the government shutdown in similar numbers, Democrats more often claimed to know someone affected than Republicans.

Pat Buchanan urged Trump to declare the emergency last week – What should Trump do now? Act. He cannot lose this battle with Pelosi without demoralizing his people and imperiling his presidency.

Since FDR, we have had presidential government. And when U.S. presidents have been decisive activists, history has rewarded their actions.

Lincoln suspended habeas corpus. On taking office, FDR declared a bank holiday. When Britain was barely hanging on in World War II, he swapped 50 destroyers for British bases. He ordered U.S. ships to chase down German submarines and lied about it. Truman fired General MacArthur.

Reagan fired the striking air controllers and ordered the military to occupy Grenada to stop Marxist thugs who had taken over in a coup from taking 500 U.S. medical students hostage.

Critics raged: Reagan had no right to invade. But the American people rewarded Reagan with a 49-state landslide.

Trump should declare a national emergency, shift funds out of the Pentagon, build his wall, open the government and charge Democrats with finding excuses not to secure our border because they have a demographic and ideological interest in changing the face of the nation.

For the larger the share of the U.S. population that requires welfare, the greater the need for more social workers, and the more voters there will be to vote to further grow the liberal welfare state.

The more multiracial, multiethnic, multicultural, multilingual America becomes — the less it looks like Ronald Reagan’s America — the more dependably Democratic it will become.

The Democratic Party is hostile to white men, because the smaller the share of the U.S. population that white men become, the sooner that Democrats inherit the national estate.

The only way to greater “diversity,” the golden calf of the Democratic Party, is to increase the number of women, African-Americans, Asians and Hispanics, and thereby reduce the number of white men.

The decisive issues on which Trump was elected were not the old Republican litany of tax cuts, conservative judges and increased defense spending.

They were securing the borders, extricating America from foolish wars, eliminating trade deficits with NAFTA nations, the EU and China, making allies pay their fair share of the common defense, resurrecting our manufacturing base, and getting along with Russia.