Authored by Adam Garrie via EurasiaFuture.com,

While the de jure role of state sponsored propaganda is to convince a population to adopt a certain line of thinking on the issues of the day, the de fato function of state sponsored propaganda is rather different. In a society in which even a sizeable minority of the public are capable of critical thinking, few will immediately believe everything they are told, even if they can’t quite put their figure on a specific point of contention.

Because of that, in educated societies as the Soviet Union’s was, state propaganda serves a purpose of alerting people as to what they are forbidden to disagree with in public. In other words, if the official state line as delivered through state sanctioned newspapers, radio and television is that the economy is booming, people are being paid well and on time and that the new housing stock is superior to any other in the world – the authors of such propaganda do not expect those who are under-paid, living in mediocre housing and unable to elevate themselves into a higher living standard, to believe the self-evident nonsense that forms the core of the propaganda. 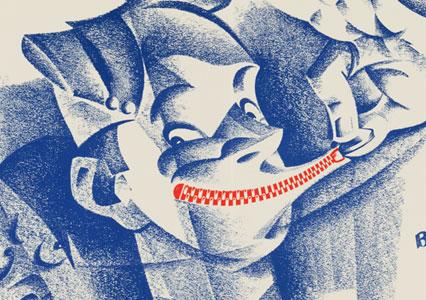 Instead, as part of the political requirement for society not to fall apart, it is expected that in private, people will complain to their friends and family about the fact that the economy is poor, people are stuck in dead end jobs and that housing is substandard, but that in public one will refrain from voicing these thoughts, because if they did, they would lose their job at a state owned factory, lose their state pension and if they took their message of opposition to greater heights, they could even receive a visit from the police.

Against this background, one could imagine a mild political dissident in early 1980s Moscow who enjoys poking fun at authority, but who nevertheless does not want to lose his day job or see his family harassed. Such an individual might look closely at the daily state propaganda that he does not for a moment take seriously, if for no other reason than to see if the satirical poem he is about to write regarding the Cuban fishing industry might get him into trouble back home in Moscow.

Thus, when the evening’s propaganda (aka “news”) bulletin indicates that one cannot criticise Soviet foreign policy (“because the war in Afghanistan is going great”), cannot criticise Moscow-Warsaw relations (“because both countries will forever be ruled by communist parties”) and cannot criticise timber production methods (“because worker productivity is at its highest in history”), the dissident in question will breathe a sigh of relief because there is no story indicating an official position on the fishing industry in brotherly Cuba.

But that was the Soviet Union, a now long gone state that has given way to a modern Russia whose biggest problem is not a lack of free speech but a lack of truly free markets.

But while the USSR’s old adversary, the United States is having its own problems with a less and less free market that is overly taxed, overly regulated, back in love with tariffs and all at the mercy of an inflation-happy yet unaccountable Federal Reserve, there is alas a giant free speech problem, one that is all the worse in America’s European allied states who don’t even bother to pretend to have something akin to America’s constitutional first amendment.

First, one must examine the propaganda business model of the US and the EU, as it is somewhat more complicated that the old propaganda model in the USSR. In the USSR, it was the state that owned the factories, your apartment and the media you were subjected to. Thus, the state looked after its own interests by telling people what they could not say in order to keep up the illusion that the state run industry and infrastructure was in far better shape than it was.

But while Soviet propaganda worked on a linear business model, today’s American and European propaganda machine works on a triangular model. At the top of the triangle is big business. At the bottom two points of the triangle are government and media – both of which want the help of big businesses in order to enrich themselves.

In order to accomplish this, big business will donate vast sums of money to all major political parties so that in spite of who is in putative control, they’ll generally get what they want out of government. To keep the people unaware of this scheme, big business will invest in the shares of media outlets in order for stories favourable to their business interests getting air time. Likewise, because government does not want its own complicity with the desires of big business to be exposed, it too will offer media corporations carrots and sticks so that they never step out of line. Some of the most popular carrots include everything from generous tax breaks, the ignoring of unethical business practices by media regulators, to invitations for so-called “journalists” to attend elite government events. The sticks are merely the opposite of the carrots and more often than not, everyone does what they are told so long as the increasingly worthless paper currency keeps being handed out to the good soldiers of the media-industrial complex.

The result is the same as it was in the USSR. 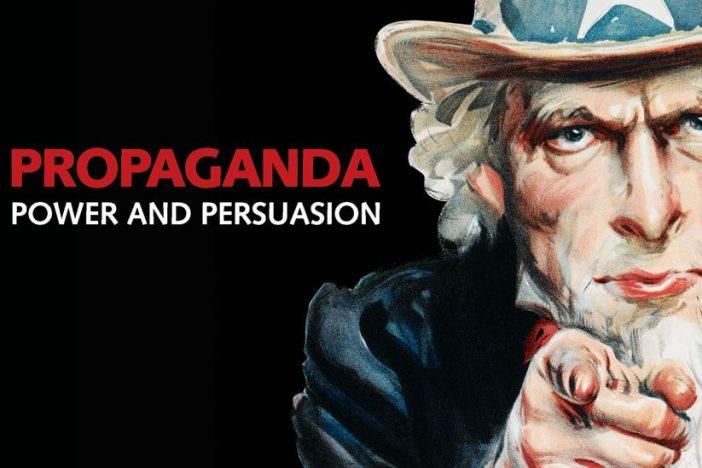 Every day major western media outlets (the largest of which are American) tell the masses what they cannot say if they want to keep their job, get a credit card, a mortgage, maintain a position of high social standing and stay on the right side of the law. The only difference is that because the western business model is one that pretends to be open, while the Soviet model did not hide that it was all controlled by the state, some in the west are actually still stupid enough to believe that the propaganda they see is either the truth or an attempt to tell the truth, when the reality is that it is merely guidance about what one cannot disagree with in public unless one is willing to take a major risk to one’s economic and social welfare.

Thus, the American and European media constantly send messages that it is impermissible to have an opinion contrary to the standard line on the following issues:  invading other people’s nations in the name of “human rights”, climate change being the fault of anyone with a car, the wonders of narcotics and pornography, why strict education is somehow evil and why fiat currencies are just swell.

Thus, just as Soviet propaganda had slogans that insulted the intelligence of the ordinary person like “brotherhood of nations” in order to keep people from questioning why certain investments were going to far off hinterlands while Russia’s heartlands were being economically destroyed, so too do western propagandists use terms like “fact checking” to imply that anyone who disagrees with a corporate (and hence government) sanctioned “fact” is a deceitful liar that should be shunned, shamed and insulted as such. While terms like “fact checking” are mostly used by social elites who author the propaganda, ordinary people tend to use the phrase “politically incorrect” to signal to their fellow man what cannot be said under fear of social and economic punishment.

This is why in the search for real news, one ought to look first at those proclaiming to be little more than entertainers, rather than official purveyors of “fact”. In societies whose official news outlets have vested interests in giving people nothing but guidance on what cannot be said, the best way to amuse the masses is by telling the truth that they are otherwise not only allowed to hear but more importantly, are not allowed say in the open with a straight face.