Authored by Andrea Germanos via CommonDreams.org,

Nation classified as a “flawed democracy”… 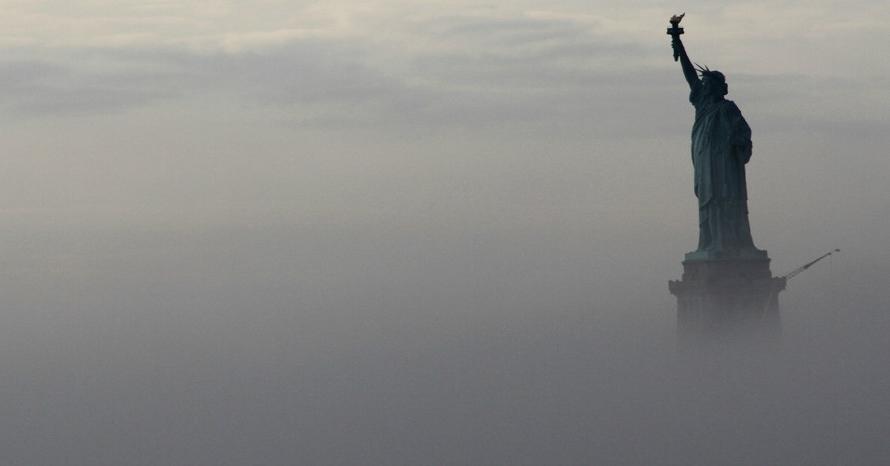 A new index released this week offers a sobering look at how democracy is faring in the United States.

According to the 2018 edition of The Economist Intelligence Unit’s Democracy Index, the U.S. doesn’t even make the list of top 20—its demonstrably “flawed democracy” notching it the 25th spot.

The ranking is based on 60 indicators spanning five interrelated categories: electoral process and pluralism; civil liberties; the functioning of government; political participation; and political culture. Each category gets a 0-10 score, with the final score being the average of those five.

Topping out the index are Norway, Iceland, Sweden, New Zealand, and Denmark. They are each declared “full democracies,” as their scores, all above 9.22, were easily above the 8.2 threshold. With a final score of 7.96, the United States, in contrast, earned the “flawed democracy” label. The country’s highest score was 8.22, which it earned back in 2006 and again in 2008.

North America still holds the claim for the highest average score of any region, but that’s thanks to Canada’s 9.15, which landed it the number 6 spot overall. Twenty countries (12 percent) were designated as full democracies, 14 of which are located in Western Europe.

Rounding out the bottom of the list, meanwhile, are Chad, the Central African Republican, the Democratic Republic of Congo, Syria, and North Korea, with scores identifying them as “authoritarian regimes.”

In the United States, according to the analysis:

Most of the major policy actions in 2018—including the escalation of the trade war with China; diplomatic engagement with North Korea; and extensive deregulation of the energy, mining, and automotive industries—have not required congressional approval. Moreover, [President Donald] Trump has repeatedly called into question the independence and competence of the U.S. judicial system with regard to the ongoing federal investigation, led by Robert Mueller, into potential ties between Mr. Trump’s presidential campaign and Russia, and various courts’ efforts to block some of his policy orders, particularly regarding immigration. Although we expect the U.S. system of checks and balances to remain intact, this internal conflict risks further undermining public confidence in institutions. As a result, the score for political culture declined in the 2018 index.

The analysis also found that the political participation category overall is on the rise, halting the three-year trend of a decline in the Democracy Index. For that, thanks go to women. From the new report:

[…] In perhaps the most notable advance in women’s participation in 2018, quotas proved unnecessary; in the wake of the U.S. mid-term election in November 2018, participation of women in Congress reached an all-time high of 20.3 percent. This is just above the top threshold in our model, which sits at just 20 percent, reflecting the historical reality of extremely limited female legislative representation.

Still, there’s not cause for breaking out the champagne just yet. While the index didn’t decline overall, it didn’t improve either.  In addition, the analysis found that global disillusionment with the functioning of government continued as did a decline in civil liberties.