After Europe’s PMI plunged (led by contractions in France and Germany), US PMIs offered a mixed bag with Services dropping to 4-month lows and Manufacturing rebounding to 2-month highs. 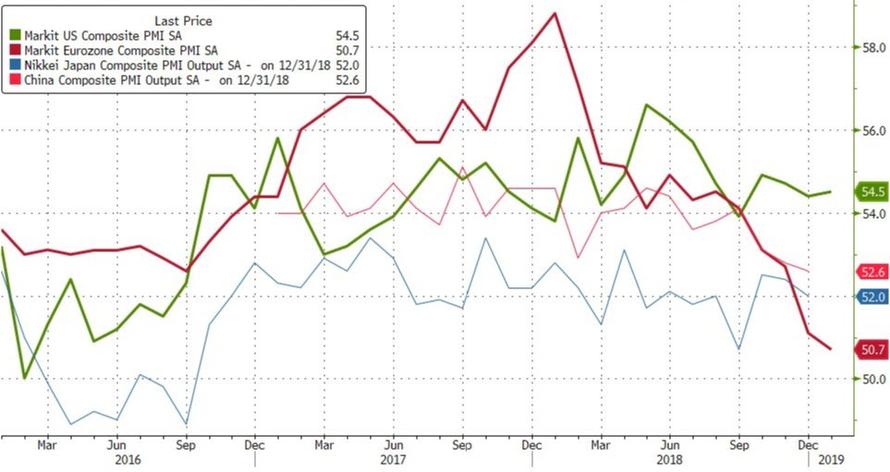 On the Services side, new business growth remained subdued in comparison to the peaks seen in the first half of 2018. The latest rise in new work was one of the weakest seen in the past year-and-a-half.

On the manufacturing side, the improvement in overall business conditions was driven by the fastest expansion of production since May 2018. New orders, employment and stocks of purchases also increased at faster rates in January. 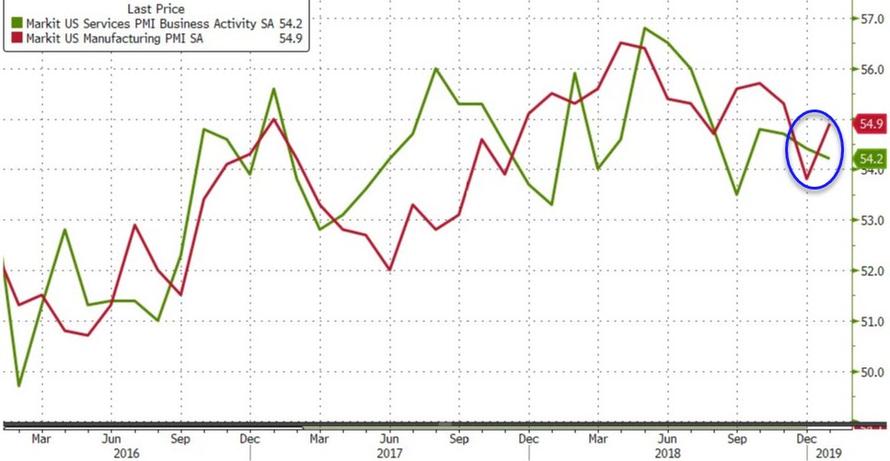 “US businesses reported a solid start to 2019, with the rate of expansion running only slightly weaker than the average seen in the second half of last year.

“The resilience of the survey data suggest little impact from the government shutdown on the private sector, with very few companies reporting any material detrimental impact on their output or order books.

“Historical comparisons suggest January’s survey data are indicative of the economy growing at an annualised rate close to 2.5%. However, as the survey does not include the government sector, the impact of the shutdown may not be fully captured.

“Manufacturers reported faster rates of increase for both output and order books during the month, accompanied by ongoing robust service sector growth. Both sectors continued to rely on domestic demand, however, with service sector exports falling for a second successive month and goods exports rising only moderately, acting as a drag on overall order books.

“The jobs data from the surveys were also somewhat disappointing, with the overall rate of job creation slipping to a 20-month low. However, even this weaker January survey employment index reading is consistent with private sector payroll growth of approximately 150,000.

“Encouragingly, business sentiment about the year ahead lifted higher, suggesting companies have started the year with increased optimism, boding well for robust business growth to be sustained in coming months.”

Finally, we note that ‘soft’ survey data has been collapsing recently, as hope plunged back below ‘hard’ data reality for the first time since Trump was elected… 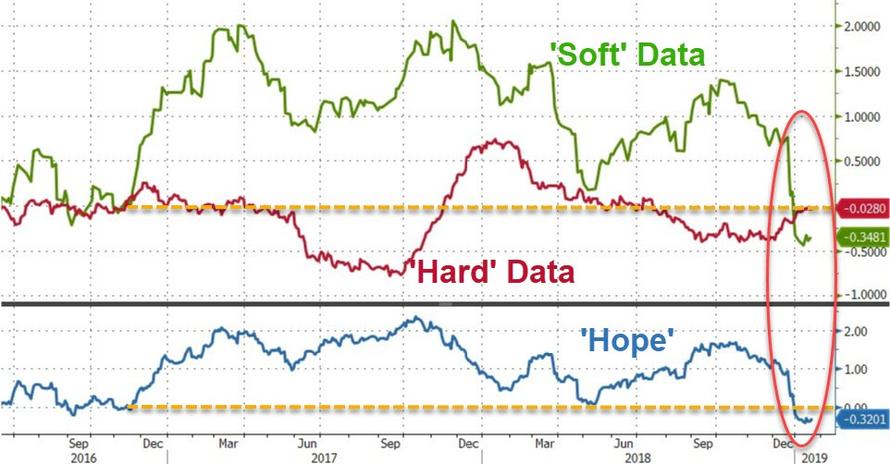 Will ‘hope’ rebound with stocks? Or has the shutdown spoiled the party?