US equity markets, aided by JPY carry, spiked in the last few seconds of trade today after an NYTimes report suggested there was a deal to end the shutdown on the table.

The plan, a compromise between Senator Mitch McConnell, the majority leader, and Senator Chuck Schumer, the Democratic leader, offers the first hint of a path out of the partial shutdown, which is now in its fifth week and has left 800,000 federal workers without pay. The two announced it Tuesday afternoon on the Senate floor. 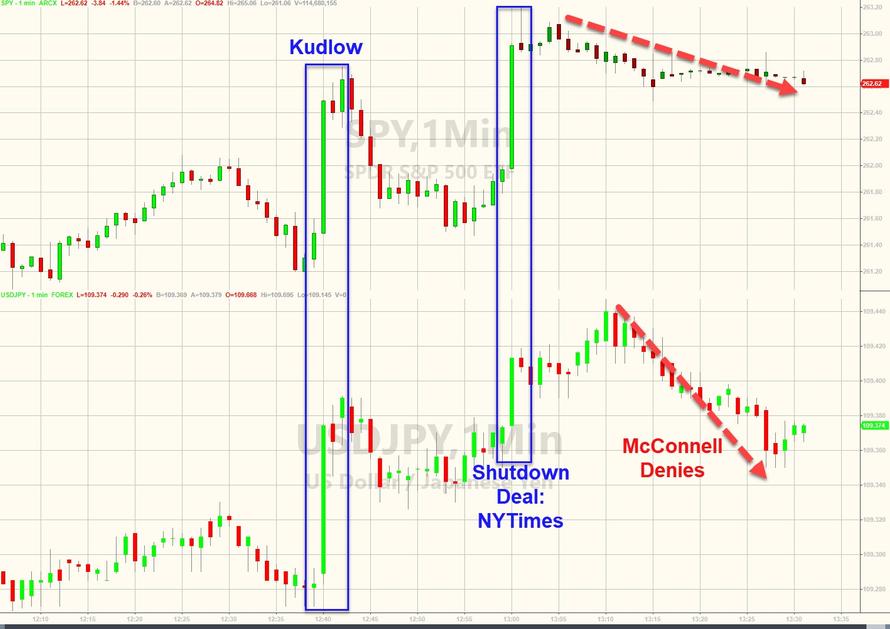