Walmart stock is soaring, brushing off December’s dreadful retail sales print, after reporting Q4 revenue and earnings that beat expectations, and same store sales that not only crushed forecasts, but were the best holiday quarter for Walmart in a decade. 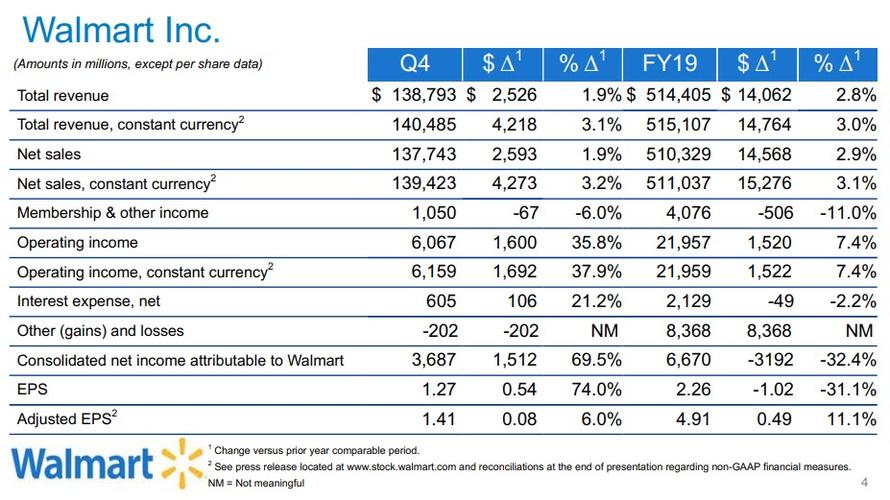 More notably, Walmart reported comparable same store sales in the US of 4.2% for the fourth quarter which included Christmas, beating analysts’ estimates of 3.2%, by a full percentage point.

Surprisingly, higher prices – more than increased foot traffic – drove the revenue gains, with the average ticket up 2.3% even as traffic dropped 0.7%.

… making Q4 the best holiday quarter in at least a decade, and soothing concerns about the industry’s outlook for 2019. 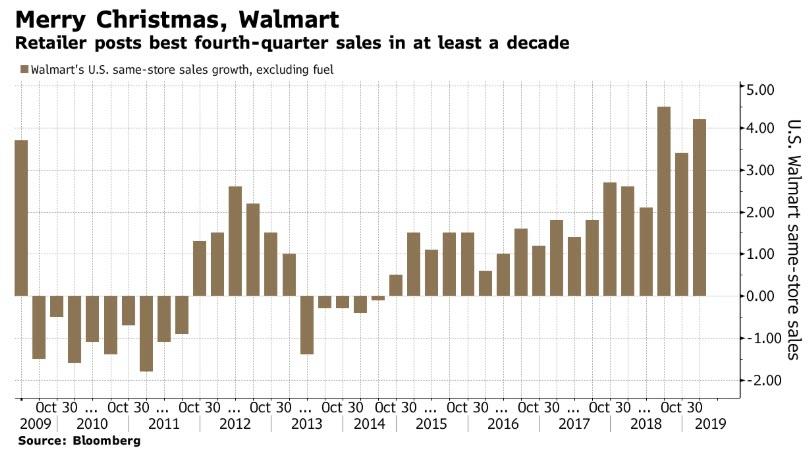 On the international side, WMT was hit hard by the rising dollar, with Q4 reported sales for Walmart international down 2.3% to $32.3BN, however, in constant currency sales would be up 2.7% to $34.0 billion. Curiously, the one place that saw price deflation was China, resulting in a hit to the gross profit.

Some other observations courtesy of Bloomberg:

Still, before the US retail sales malaise is declared dead, consider that much of the gains in the quarter were more related to timing:, especially as relates to the early release of government food-stamp payments that were supposed to have become available to American shoppers in February, which boosted U.S. same-store sales by 0.4 percentage points in the quarter, the company said.

Finally, the age-old question emerges: are strong sales for Walmart – America’s discount retailer – a good thing for the economy (refuting the plunge in retail sales narrative), or a bad thing (as more Americans are forced to buy stuff at lower prices, as discretionary incomes decline).

In any case, the market loves the report, and WMT stock is up over 4%, and pushing Dow futures higher. 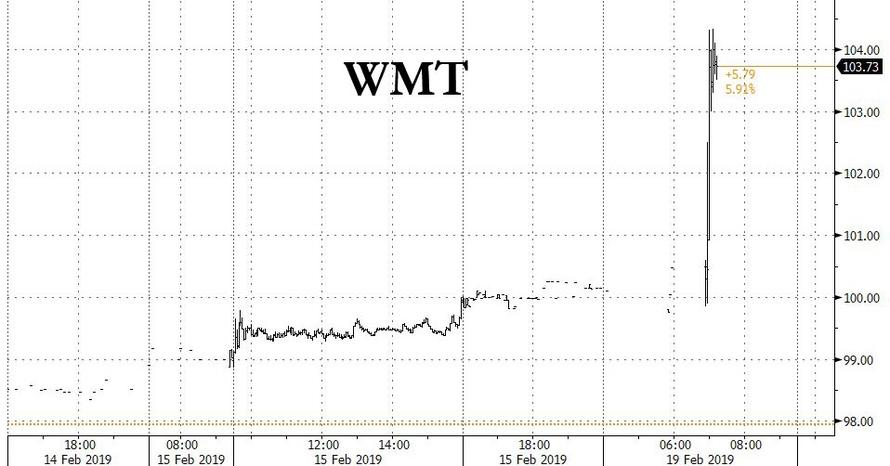