If the Anti-Iran conference in Warsaw was the opening act, the annual Munich Security Conference was the main event. Both produced a lot of speeches, grandstanding and virtue-signaling, as well as a lot of shuffling of feet and looking at the ground. 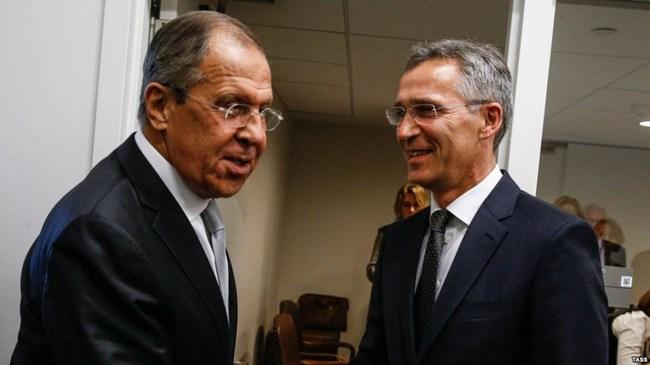 The message from the U.S., Israel and Saudi Arabia was clear, “We are still committed to the destruction of Syria as a functional state to end the growing influence of Iran.”

Europe, for the most part, doesn’t buy that argument anymore. Germany certainly doesn’t. France is only interested in how they can curry favor with the U.S. to wrest control of the EU from Germany. The U.K. is a hopeless has-been, living on Deep State inertia and money laundered through City of London.

The Poles just want to stick it to the Russians.

Everyone else has a bad case of, “been there, done that, ain’t doin’ it again.”

They know supporting the fiction that the War in Syria was a war against the evil President Bashar al-Assad is counter-productive.

The geopolitical landscape is changing quickly. And these countries, like Hungary, Italy, and the Czech Republic, know that the current policy trajectory of the Trump administration vis a vis Russia, Iran and China is a suicide pact for them.

So they show up when called, receive our ‘diplomats’ and then pretty much ignore everything they said. This is what happened, ultimately, in Munich.

Even the EU leadership has no illusions about the goals of the U.S./Israeli/Saudi policy on Syria. And that’s why they refused to shut Russia and Iran out of the Munich Security Conference despite the hyperventilating of Pompeo’s amateur-hour State Dept.

These countries are struggling with the after-effects of eight years of war displacing millions who Angela Merkel invited into Europe for her own political purposes.

The resultant chaos now threatens every major political power center in Europe, which could culminate in a Euroskeptic win at the European Parliamentary elections in May.

Continuing on this road will only lead to Russia, Iran, Turkey and China forming a bloc with India to challenge the economic and political might of the West over the next two decades.

So it was no surprise to see Israeli Prime Minister Benjamin Netanyahu glad-handing looking for support to beam back home for his re-election campaign.

It was also no surprise to see NATO Secretary General Jens Stoltenberg grovel at the feet of the U.S. over the shared mission because he knows that’s where the gravy flows from.

But there was no statement of purpose coming out of Munich after two days of talks. Warsaw already set the stage for that. Vice-President Mike Pence fell completely flat as the substitute Trump. Secretary of State Mike Pompeo looked sad and confused as to why no one applauded him for his cheap and empty rhetoric about how evil Iran is.

The Syria operation was put together by the U.S., Israel, Saudi Arabia and Qatar with the expressed purpose of creating a failed state of ungoverned fiefdoms. Syria was to be carved up piecemeal with a great land grab for all major partners getting a piece.

Israel gets a buffer zone east of the Golan Heights, Turkey gets Idlib, Afrin and Aleppo. The Kurds get everything east of the Euphrates. And Europe gets pipelines from the Arabian peninsula.

Meanwhile Iran loses Syria and Lebanon, Russia gets pushed out of the European gas market (along with the putsch in Ukraine) and the center of the country is a hot mess of terrorism which can be exported all around the region and further directed against Russia and Iran.

It all looked so good on paper.

But, as I’ve described multiple times, it was an operation built on perception and the false premise that no one would stand up to it.

In came Russia in October 2015 and the rest, unfortunately for the neocons, is just a chase scene.

Because for Europe, once it became clear what the costs would be to continue this project, there was little to no incentive to do so. That’s why they sued for peace with Iran by negotiating the JCPOA.

For every MAGApede and Fox News neocon who excoriates Obama for giving Iran $150 billion dollars (of their own money back which we stole) I remind you that it was Obama in 2012 that signed the sanctions which froze that money in the first place.

The JCPOA was signed because in 2014 the Syria operation looked like it was on auto-pilot to success. Iran could have their money back because it wouldn’t matter. They would be vassals and the money wouldn’t buy them anything of substance.

It was Russia and China’s making the move into Syria that changed that calculus.

That’s why the only ones who keep pushing for this balkanization strategy are the ones who still stand to gain from it. The U.S., Saudi Arabia and Israel. It was clear in Munich that Russian Foreign Minister Sergei Lavrov was the man everyone wanted to talk to.

Everyone has cut bait. Even the Saudis are hedging their best cozying up to Vladimir Putin.

The U.S. still needs to project power globally to support the dollar and its obscene fiscal debauchery. Israel is staring at a future in which its myriad enemies have won and the Saudis need to rule the Sunni Arab world by leading them in a war against Iran.

The Warsaw Summit was a triumph only insofar as the U.S. can still call its allies to attention and they’ll do so. But that’s about it. But it was clear at Munich that Europe isn’t buying what the U.S. is selling about its relationship anymore.

It’s an not only an abusive one with Trump applying maximal economic pressure but also a wholly unrealistic one. Foreign policy midgets like Pompeo and Pence were literally pleading with everyone to not undermine their latest plan to make the world safe for Israel and Trump’s moronic Energy Dominance plan.

In the end, the whole Munich affair looked like a bunch of people gathering to whistle past the graveyard of the fraying post-WWII institutional order. Trump wants Europe to pay for NATO so we don’t but Europe doesn’t want NATO on Trump’s terms which put them in the cross-hairs of his power play with Russia and China over the INF treaty.

Putin has built a version of fortress Russia that is for all practical purposes impregnable, short-of an all-out nuclear conflict which no one except maybe the most ideologically possessed in D.C. and Tel Aviv wants.

The naysayers have had their day but the weapons unveiled by Putin at last March’s State of the Union address changed the board state in a way that requires different tactics. I said so last March and it identified a shift narrative for all of us as to what Putin’s long-game was.

These new weapons represent a state change in weapons technology but, at the same time, are cheap deterrents to further escalation.  They fit within Russia’s budget, again limited by demographic and, as I pointed out in a recent article, domestic realities…

…[They highlight] we’re not winning in technology.  So, all we can do is employ meat-grinder policies and force Russia and her allies to spend money countering the money we spend.

It’s a game that hollows everyone out.  And it’s easier for Putin to sell the defensive nature of his position to Russians than it is to sell our backing Al-Qaeda and ISIS to defeat them.  Because that reality has broken through the barrier to it.

And that’s why Europe is so unwilling to go along with Trump on the INF Treaty, Iranian regime change and even his Arab NATO plan. They are the ones being asked to be on the front lines, pay for and fight a war against their best interests.

And that’s why no one was willing to join the latest ‘coalition of the willing’ in Munich to perpetuate the conflict in Asia. They’ll go along with Trump’s plans in Venezuela, it doesn’t cost them anything strategically.

But even Merkel knows that in light of the events of the past three and a half years, the right move for Europe is to cut a deal with Russia and Iran while keeping their head down as the U.S. loses its mind.

To support more work like this and get access to exclusive commentary, stock picks and analysis tailored to your needs join my more than 235 Patrons on Patreon and see if I have what it takes to help you navigate a world going slowly mad.