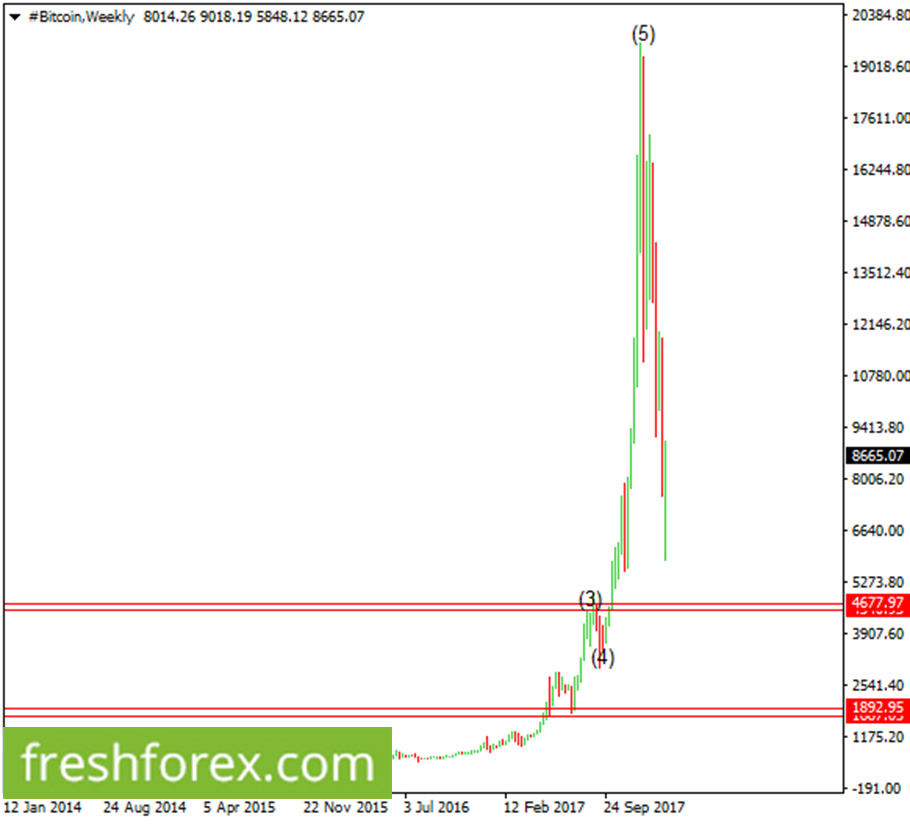 Last week, Bitcoin crashed down but ended up closing above it’s opening price. The previous week’s candle is a perfect bullish pin bar candle but we’re still reluctant to long this cryptocurrency, instead, we expect further decline in price but should not go beyond the weekly support line seen at 4677.94. If this support is broken, then  we expect further bearish momentum towards 1892.95 or even lower. According to the weekly chart above, its good to remain flat, but if you’re short already, then you could  leave this position open but have your take profit at 4677.97. Alternatively, you may consider buying Bitcoin alternatives such as Ripple, Etherium and Bitcoin Cash. 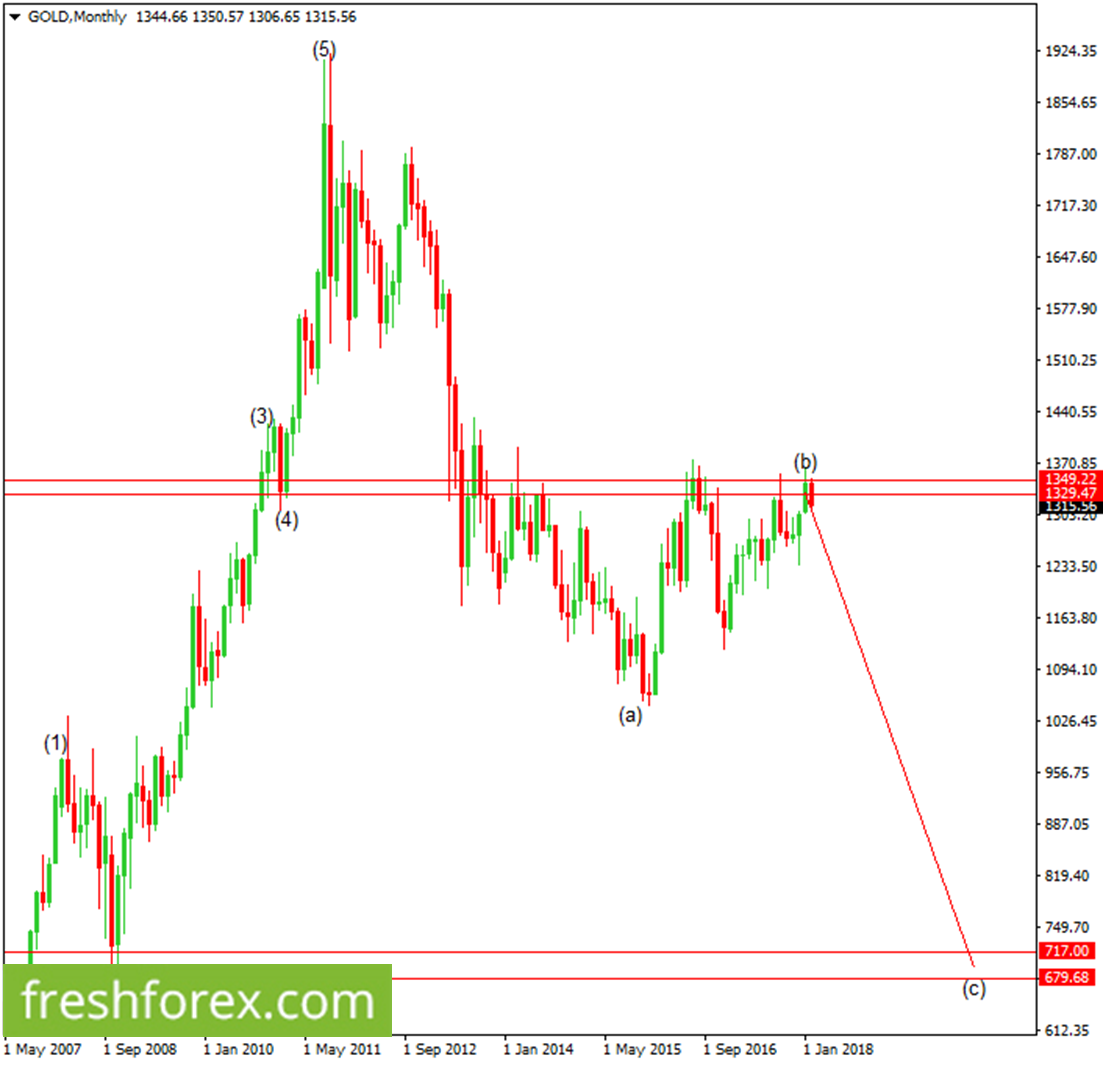 Perfectly as previously forecasted, Gold markets failed to break above 1349.22, rather, it pulled back from the same level and is currently heading to the lower side, we expect this rebound to have marked the end of the corrective wave (b) that the current bearish price rally is the unfolding of the impulsive wave (c) to the lower side but should not go beyond the monthly support level seen at 717.00. According to the monthly chart above, only a short position can be recommended, but should the price break above 1348.22, then we expect a possible bullish price movements, but should not go beyond 1854.65. While we’re selling this commodity, we’re also selling silver, these two have a strong positive correlation of up to +80% and will move in same direction today. 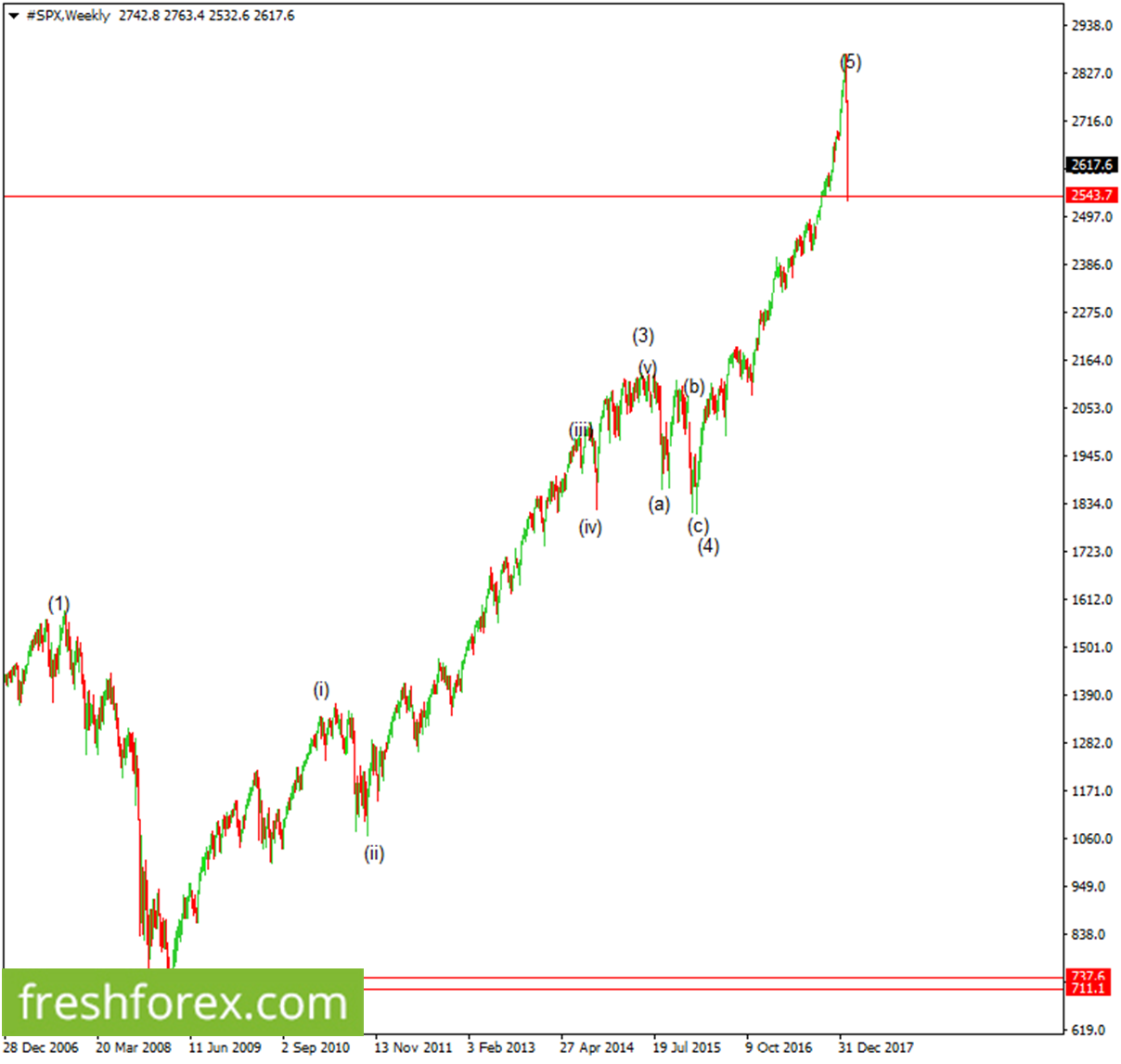 As forecasted last week, Standard Poor’s 500 index continued to crash alongside other indices, loosing up to 4% in almost a decade with one week. According to the weekly chart, this index could continue to crash, especial if the price can break below 2497.00, this being the case, we expect a sharp decline towards 2164.3, however, if the price is contained above 2543, then we still expect this index to recover upwards. This index should should be traded alongside other indices such as NASDAQ, HSI, and others such German stock index. These have a strong positive correlation of up to +60% and may move in the same direction today.