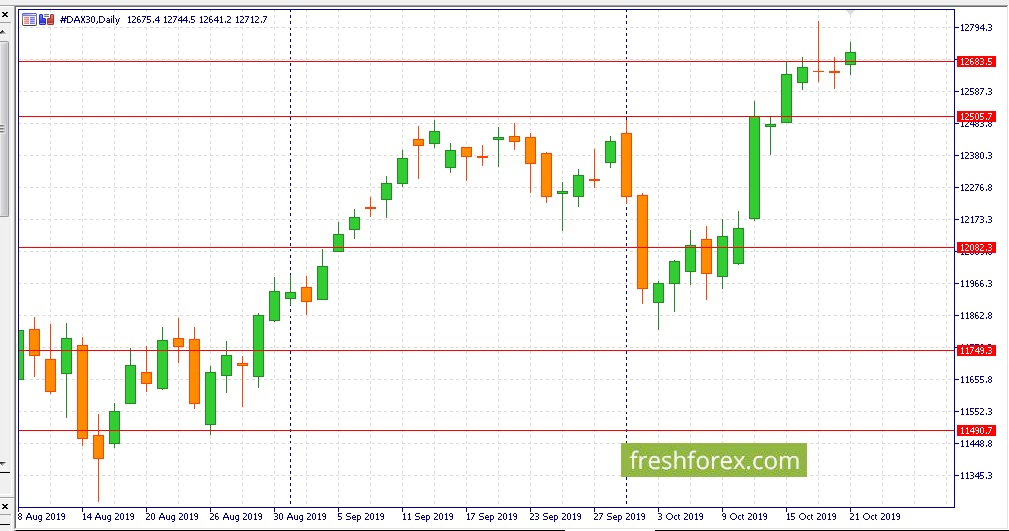 We are expecting a bullish rally in the German stock market this week! The ECB will restart QE in November with 20 billion Euros of asset purchases a month. The scheme is likely to be broadly in line with the previous round, in which government bonds made up the bulk of purchases. At its September meeting, the ECB increased its charge on bank deposits to -0.5% to protect the euro zone from a global economic slowdown. Many economists expect a December ECB rate reduction. This is a positive signal for the stock market! We are expecting to test the psychological level of 13,000 points. 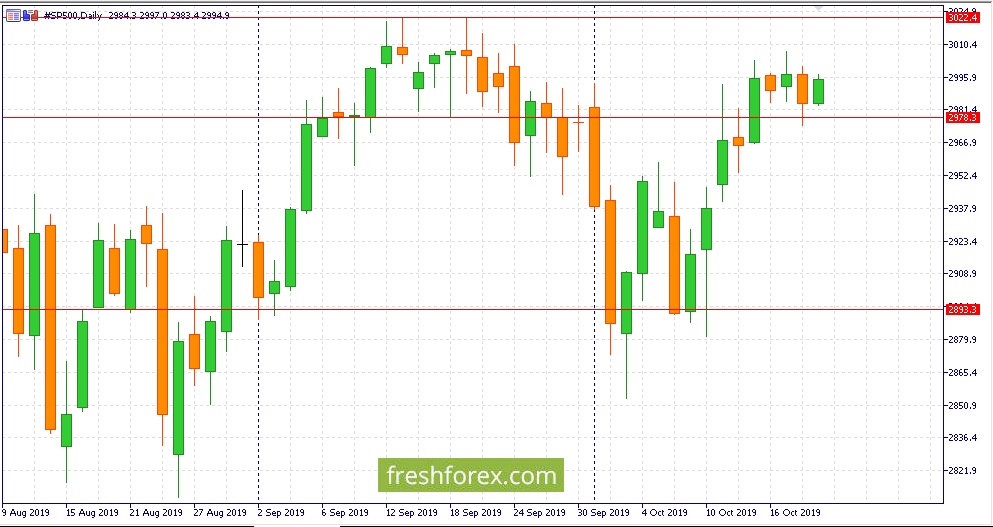 Investors are expected the Federal Reserve to cut interest rates at its October 30 meeting. Lower interest rates have traditionally contributed to lower U.S. government bond yields. The market of government bonds and corporate shares always competes for investors ‘ funds. Low bond yields have a positive impact on the stock market. Additional support for the stock market will be provided by news from China. China’s Vice Premier Liu He confirm that Beijing and Washington “have made substantial progress in many aspects” and that they have “laid an important foundation for a phase one agreement.” China is “willing to work in concert with the U.S. to address each other’s core concerns on the basis of equality and mutual respect.” 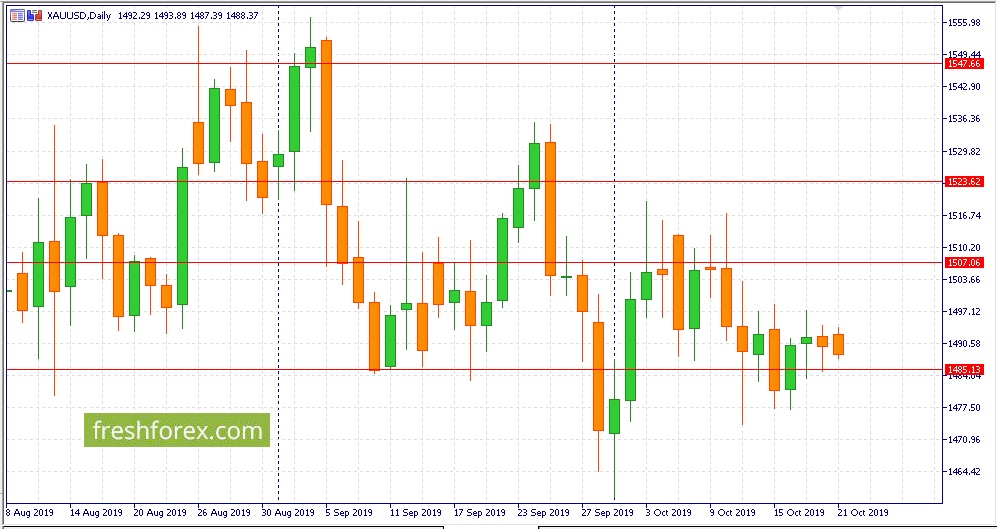 We are expecting the bearish trend in the precious metals market to continue. The reduction of geopolitical tensions will have a negative impact on the value of the precious metal. British lawmakers voted on the weekend to delay a decision on Prime Minister Boris Johnson’s BREXIT deal, forcing him to request a third postponement of Britain’s departure from the European Union. Investors sell “low-yielding” assets and buy “high-yielding” assets. The low-yielding assets are gold, Swiss franc and Japanese yen.