On the weekly chart above, Brent has been plummeting steadily towards 62.19 with last week’s candle closing bearish. The current candle is bullish but it might close at the end of the week as bearish. My expectation is either a correction to the key resistance zone 80.71-79.28 followed by  a rejection within it for possible bearish momentum towards 62.19,or , a decline to 62.19 followed by a  break below it and a correction to it for downwards movement of Brent. I’ll remain neutral right now and wait for either of the circumstances mentioned above to trade Brent. Only short positions can be recommended on the chart above. 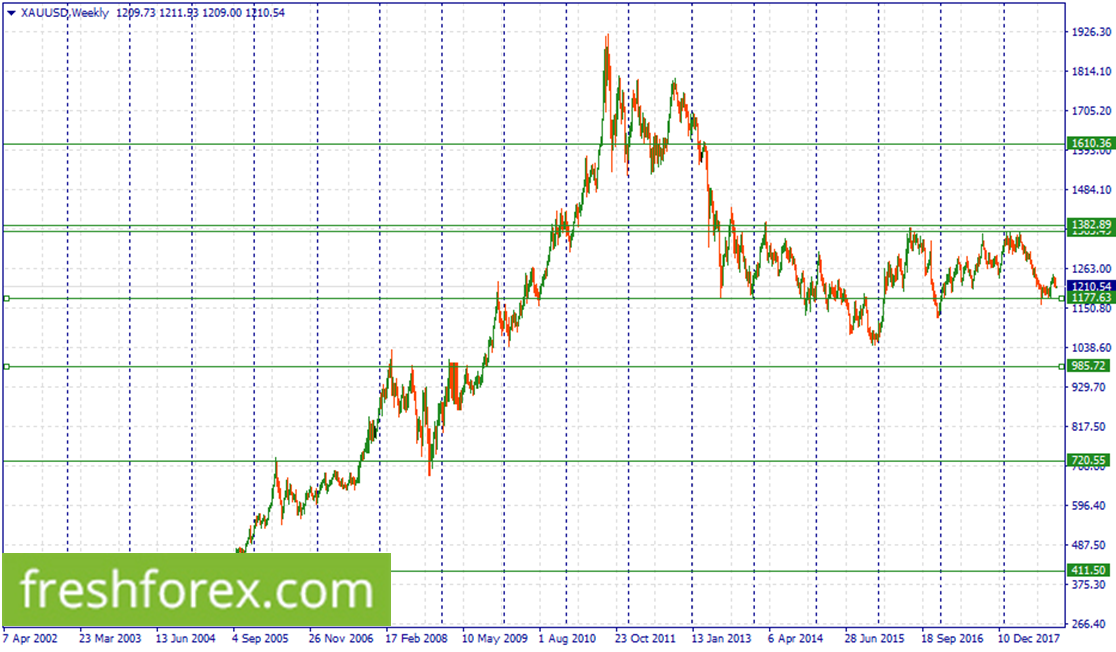 Gold is rallying around a key supportive line 1177.63 and I expect either a rejection at it or a clear breakout below it followed by a correction to it for downwards momentum of Gold. In case of a rejection at 1177.63 followed by a retracement to the key resistance zone 1382.69-1365.49 and a bounce within it, sell Gold within the zone with your take profit at 1177.63 and stop loss slightly above 1382.69, but should there be a clear break below 1177.63, wait for a correction to it before you pick short positions, on your way downwards the key lines to look for include; 985.72, 720.55and 411.50.Only short positions can be advisable.

Platinum is still at the resistance line 1122.45 and I expect either a clear breach above it followed by  a retracement for upwards momentum, or a pullback to the support 904.70 followed by a rejection at it for possible bullish momentum of price towards 1122.45.In case of a break above 1122.45,wait for a correction to it before you long this pair and should there be a correction to 904.70 and  a rejection at it, that would be the best place to buy platinum with your take profit at 1122.45 and stop loss around 828.46.As long as price remains above 904.70,only long positions look ideal and can be advisable on the weekly chart above.

Do you know against which currencies CFD is the most profitable 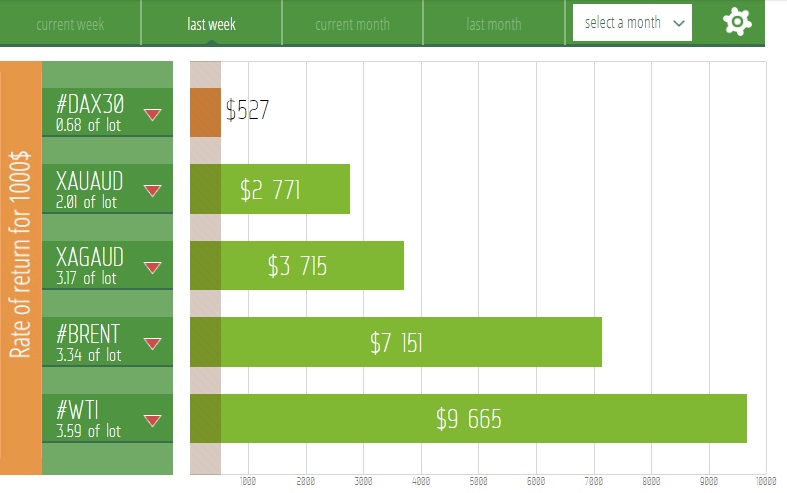