Cryptocurrencies aside, the most ridiculous bubble of the past two years has to be the ridiculous move in Weight Watchers stock which exploded higher in early 2017 after Oprah Winfrey bought a sizable chunk of stock, with investors betting that the “Oprah effect” would make this chronically disappointing stock a star, and sending it higher from $10 in early 2017 to above $100 in mid 2018. 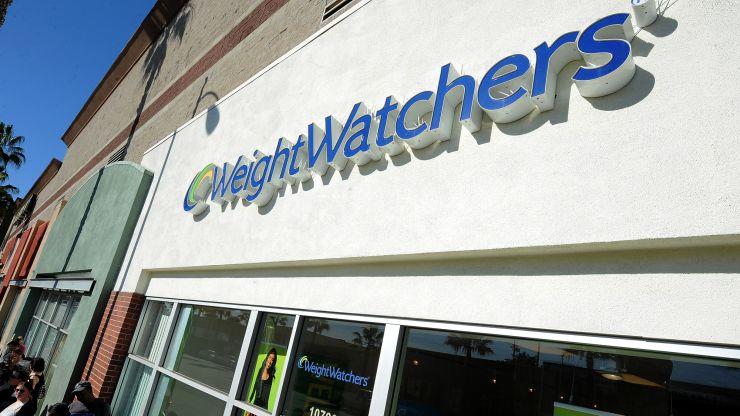 That is all over now as WW, formerly known as Weight Watchers, is down 30% after hours after missing on the top- and bottom-line, and slashing its outlook after a weak start to the year (its key selling period).

Here are the key numbers compared with what analysts surveyed by Bloomberg were expecting: 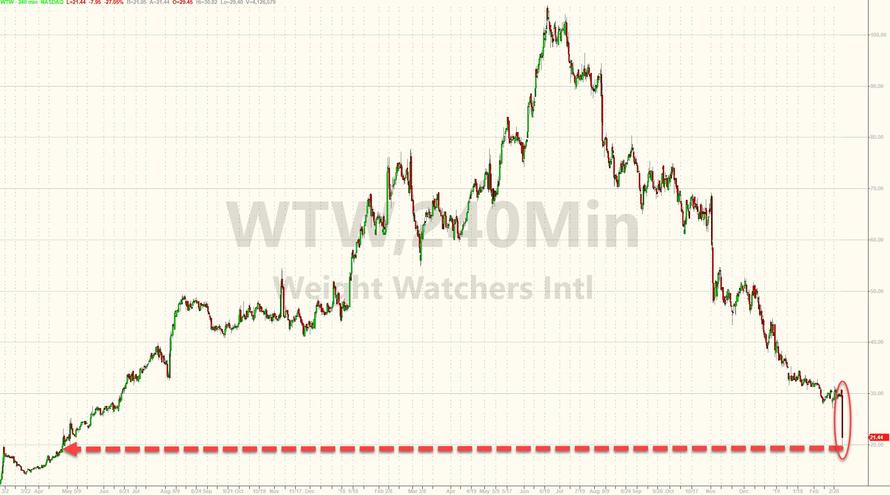 “2018 was a significant year for WW,” said CEO Mindy Grossman in a press release. “We launched WW Freestyle, built an expanded technology ecosystem, rebranded to WW and reinforced our mission to become the world’s partner in wellness.”

“While we are proud of our accomplishments in 2018, we had a soft start to 2019 versus last year’s strong performance with the launch of WW Freestyle. Given our Winter Campaign did not recruit as expected, we have been focused on improving member recruitment trends. We quickly moved to course correct, including introducing new creative with a stronger call-to-action and further optimizing our media mix.”

Since Oprah jumped on board in Dec 2016, she is still in the money – just.

Seems like insiders have been active since Oprah jumped in…