A white couple in the United Kingdom have been getting tanning injections to turn their skin black. Now, they claim that they both “identify as black” and they stated they will have black children, according to a new article by the Daily Mail.

The couple consists of “model” Martina Big, who is 30 years old and from Germany and Michael Eurwen, her 31-year-old husband. They have both used Melanotan, a synthetic hormone for tanning injections, in order to darken their skin. The once blonde haired Big had already been in the news in the United Kingdom due to plastic surgery she had to make her breasts a size 32S. 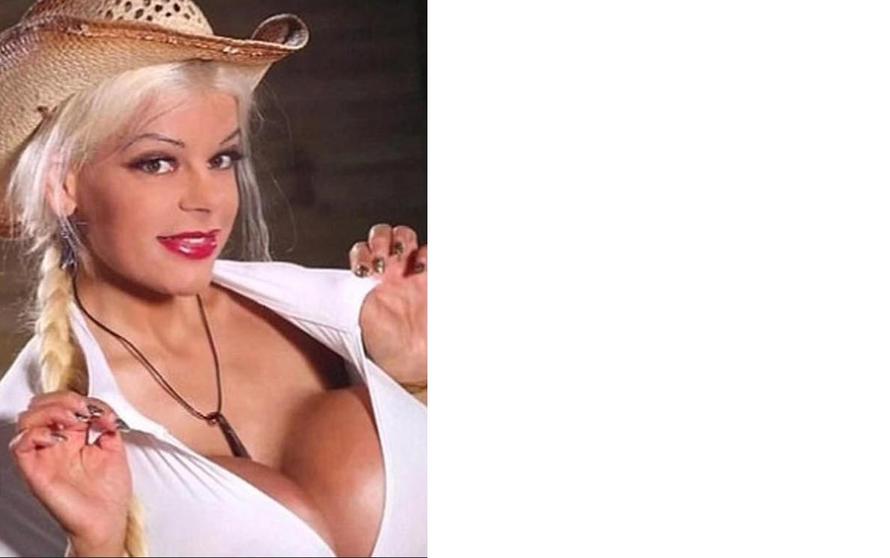 Big claims that just three injections turned her from a well-known white skinned model to a person of color.

…and after, with husband Michael. 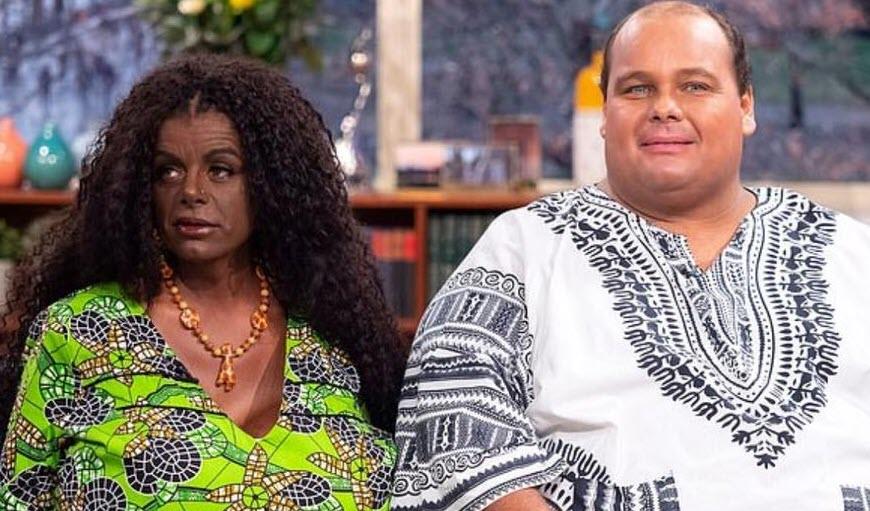 Naturally, after a national TV appearance across the pond, the couple was ridiculed on Twitter. Many asked about how the child could be black as a result of tanning injections if the couple’s DNA remained the same.

Others went after the couple’s doctor, who told them they would have black babies. Some took exception with Martina stating that her child could be “milk chocolate”. 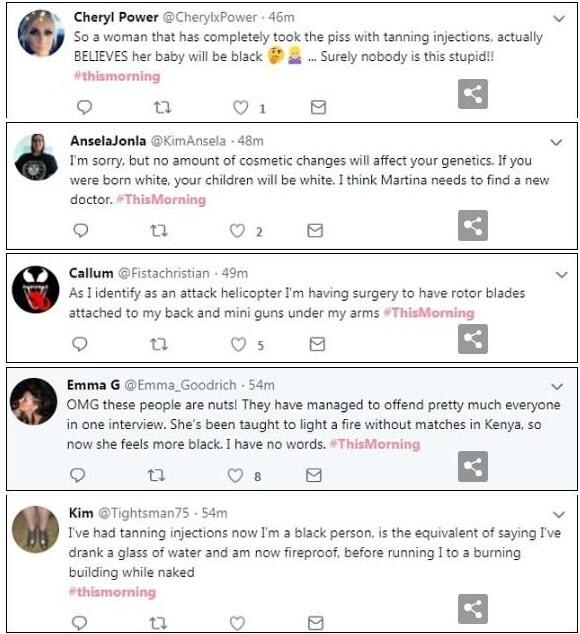 A TV host overseas had similar questions for Big, asking, “‘If that baby is not black, because I’m trying to understand how genetically this would be possible, will you still be close to them if you give birth to a white baby?'”

Big responded: “Of course- it will be a mix of me and Micheal, but I’m pretty sure it will be black, but if it is milk chocolate or a little bit lighter it doesn’t matter.”

In March, Big reportedly flew to Kenya to be “baptized as a real African woman”.

“‘In his sermon the pastor said: ‘You have to be born again and now you are a new creature.’ I’m so happy and proud to be a real African woman’,” according to Big.