Just as UK Prime Minister Theresa May was meeting with European Commission President Jean Claude Juncker to ‘formally’ petition for reopening the Brexit Withdrawal Agreement to allow for “meaningful changes” to the text (spoiler alert: He said not a chance, and counter-offered with the possibility of changing the accompanying political declaration), the Financial Times was reporting the existence of a top-secret Cabinet plan to mitigate the economic fallout from a ‘no-deal’ Brexit. Though some stray details had already leaked (like the notion that the UK could temporarily cut tariffs to zero to help goods flow across new customs barriers more quickly), the plan – known as “Project After” – hadn’t been previously disclosed.

Of course, the UK isn’t alone in preparing for the “worst-case scenario” of a no-deal Brexit. Europe reportedly began ramping up plans of its own weeks ago. But the fact that the UK’s plan is being sheparded by Cabinet Secretary Mark Sedwell shows how seriously the government is taking the process. As it stands, the plan would require the cooperation of senior figures from the Cabinet Office, the Treasury, the business department and the international trade department, as well as the Bank of England (which sent the pound reeling on Thursday after it slashed its GDP forecast and warned about the economic damage already being wrought by the chaotic Brexit negotiations). 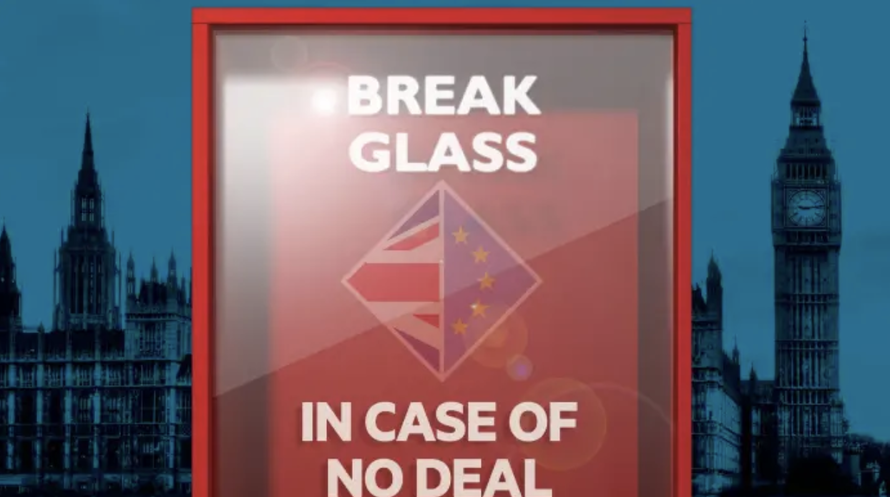 One civil servant who spoke with FT on the condition of anonymity described the plan as “basically a Doomsday list of economic levers we could pull if the economy is about to tank” and claimed that Sedwell has been working on it since the summer. Though others said the earliest incarnations of the project could be traced back to just after the Brexit referendum vote two years ago, when it was a project of the Department for International Trade. And while he described some elements as “radical” – like slashing tariffs and cutting taxes – he said others would be “more conventional” like supply-side reform and export support.

Some MPs worried that “Project After”‘s focus on supply-side reforms could create problems for the UK economy in the long run.

Officials are trying to eliminate options that could prove economically counter-productive. Some worry that slashing taxes and increasing public spending could lead inflation to spike, damaging consumer confidence, raising interest rates and ultimately increasing the cost of Britain’s debt servicing.

“If Britain has a supply side shock and the government uses demand-side stimuli it would cause inflation,” one official said.

Unlike “Operation Yellowhammer” the other major Brexit contingency-planning measure, which is focused on building out the necessary civil service for ‘no-deal’, “Project After” is focused exclusively on measures to mitigate the economic blowback.

One facet of the planning is looking into deregulation and other possible remedies that one lawmaker said would transform the UK into “Singapore-on-the-Sea”.

At one point civil servants were examining areas to boost the economy through deregulation – for example of environmental standards and reforms to labour laws. “If we wanted to become Singapore-on-Sea that’s what we would have done,” said one official.

In other words: If the EU holds firm and MPs don’t cave and pass Theresa May’s “Plan B” bill, the Tories will transform Britain into a polluted, Dickensian, anarcho-capitalist hellscape.