Start up companies become “conveniently” pessimistic about their valuations prior to going public when stock options are handed out to employees, according to a Wall Street Journal analysis. The lower valuations create a windfall for employees and can lower their tax burdens going forward.

The report analyzed recent initial public offerings and identified 68 companies that gave employees stock options to buy about $1.5 billion worth of stock during the 12 month run up to each respective company’s IPO. The fair market value of those shares, however, was an estimated $2.2 billion at the time, based on a valuation model developed by academics. This is the equivalent of a 32% discount on shares for employees.

Will Gornall, an assistant finance professor at the University of British Columbia, said: “The Journal’s findings show that the valuations being reported by companies are significantly below what the shares are really worth—the price that investors would pay for them.” 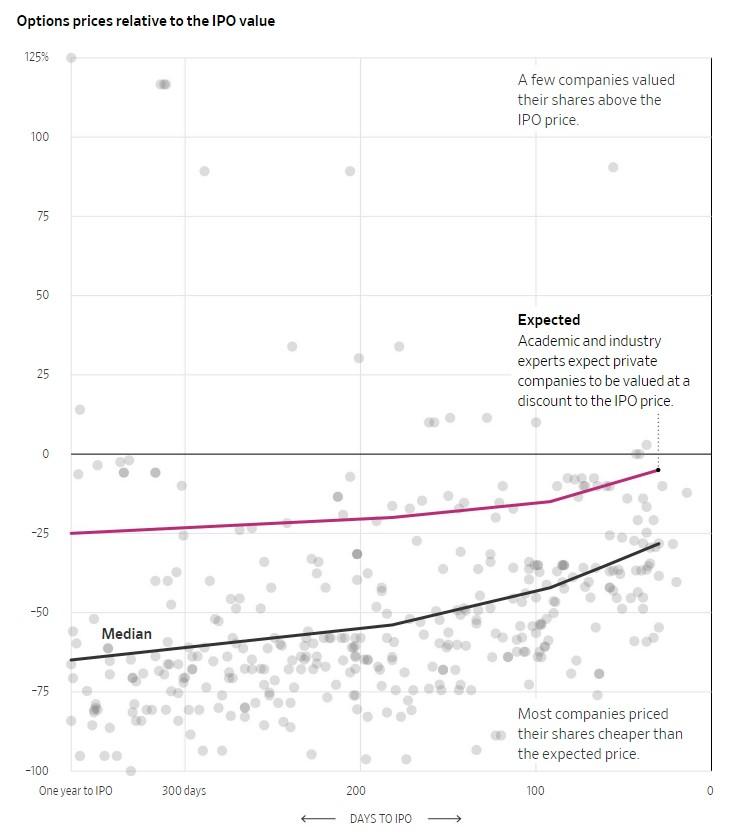 This year, these types of valuations will be in focus as names like Uber and Pinterest prepare to go public. A good example of this “low-balling” was Blue Apron Holdings. The founders of the company received a total of $30 million in October 2015 from stock sales to outside investors at $13.33 a share. This is more than triple the $3.69 per share that the company would use four months later as it granted options to employees. Blue Apron shares now trade at about $1.54 per share.

Mukesh Bajaj, a financial economist who has testified in many valuation cases for the Internal Revenue Service said: “The law states employee-allocated stock should be priced at its fair value but doesn’t specify the basis of the pricing—which may give companies a tempting loophole to enrich their executives.”

Stock options are one of the best weapons for startups to attract talent, and these types of discounts on stock can be a profitable benefit. Being such early investors and having options before a company goes public makes it easier for employees to reap profits, even though public market participants may see the company’s share price decline. In addition to getting stock cheap, these profits are taxed as capital gains instead of income, saving employees on taxes.

Robert Willens, a New York-based tax analyst, said: “There’s a tremendous incentive to value the stock at the lowest possible figure. It’s a tried and true strategy and the IRS surprisingly is not very vigilant about it.” 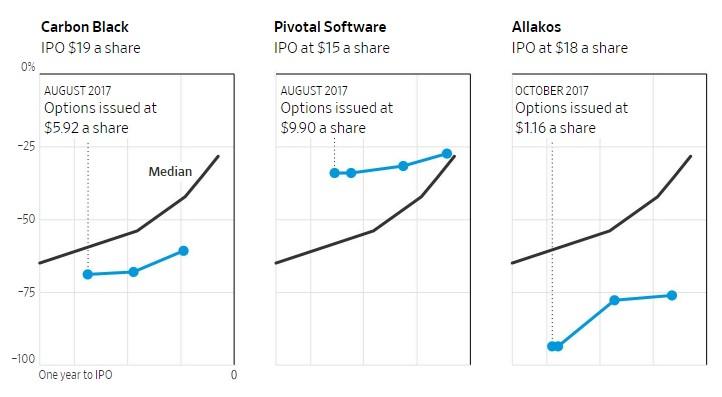 Private company valuations are usually far more opaque and subjective than public companies, whose valuation is constantly on display by public markets.

The IRS is trying to clamp down on this tax avoidance by imposing penalties on companies and employees if options are granted to buy shares at less than fair market value. But IRS rules generally shield companies from action if they use an independent valuation firm, unless that valuation is deemed to be “grossly unreasonable”. As a result of this 2004 rule, many “independent” firms sprang up and got into the business of performing these types of valuations.

Dan Eyman, managing director of San Francisco-based Meld Valuation, said online: “What we aim for … is to try and get you the lowest possible answer that is still defensible against an audit.”

The IRS has done very little in enforcing these rules. The SEC has asked more than 180 companies that were planning an IPO to explain the pricing of their options or equity awards between 2016 and 2018. However, they didn’t ultimately require any of these companies to adjust their financial statements.