WikiLeaks announced in a Wednesday statement that it’s seeking to force the Trump administration to unseal any charges against founder Julian Assange, according to AP. 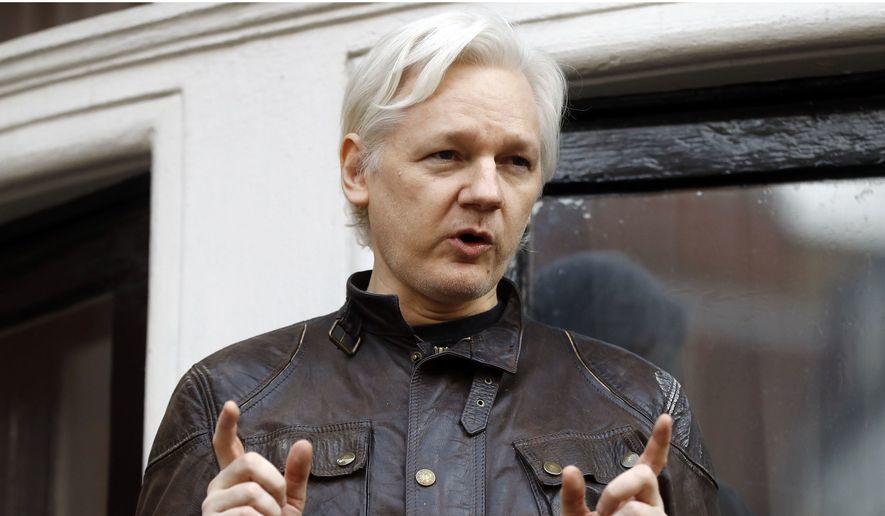 According to the statement, they have filed a legal challenge with the Inter-American Commission of Human Rights in Washington, while also asking Ecuador to prevent Assange’s extradition to the United States.

The charges against Assange were accidentally revealed due to a copy-paste error in an unrelated federal case involving a 29-year-old who had been charged with enticing a 15-year-old girl into sex acts.

Assistant US Attorney Kellen S. Dwyer, urging a judge to keep the matter sealed, writing that “due to the sophistication of the defendant and the publicity surrounding the case, no other procedure is likely to keep confidential the fact that Assange has been charged.” Later in the filing, Dwyer wrote that the charges would “need to remain sealed until Assange is arrested.”

That Kokayi case involved previously classified information and prosecutors were planning to use information obtained under the FISA act. Kokayi was indicted last week and is set to be arraigned on Friday. His case has been sealed since September.

Since the revelation was made in error, no other details about the charges against Assange were revealed.

Dwyer is also assigned to the WikiLeaks case. People familiar with the matter said in November that what Dwyer was disclosing was true, but unintentional.

Joshua Stueve, a spokesman for EDVA, said “the court filing was made in error. That was not the intended name for this filing.”

The DOJ has for years refused to reveal whether charges have been pending against Assange under seal, though it was widely believed that they were. But seeing as filings like Dwyer’s are probably vetted by multiple readers, the fact that an error of such magnitude was allowed to be made is almost suspicious in and of itself.