During a day where three concurrent Congressional hearings dominated the news cycle in the US, the testimony of Canada’s former Attorney General seemed to slip under the radar. But unlike Michael Cohen’s star turn in front of the House Oversight Committee, what former AG Jody Wilson-Raybould shared with lawmakers and the Canadian public actually might cause one head of state’s carefully constructed house of cards to come crashing down – just as campaign season is ramping up.

With roughly eight months left until an election where Canadians will decide whether to stick with – or reject – the progressive agenda of PM Justin Trudeau, a widening corruption scandal is threatening to take down the prime minister’s entire government. Two weeks ago, journalists at the Globe and Mail blew the lid off a scandal involving Trudeau and his closest aides, where the prime minister appeared to pressure Wilson-Raybould, then the attorney general, into offering a DPA to a Quebec-based engineering firm – then fired her when she refused to obey his demands. And after weeks of radio silence, she shared her side of the story during a widely watched (in Canada) Congressional hearing Wednesday afternoon. 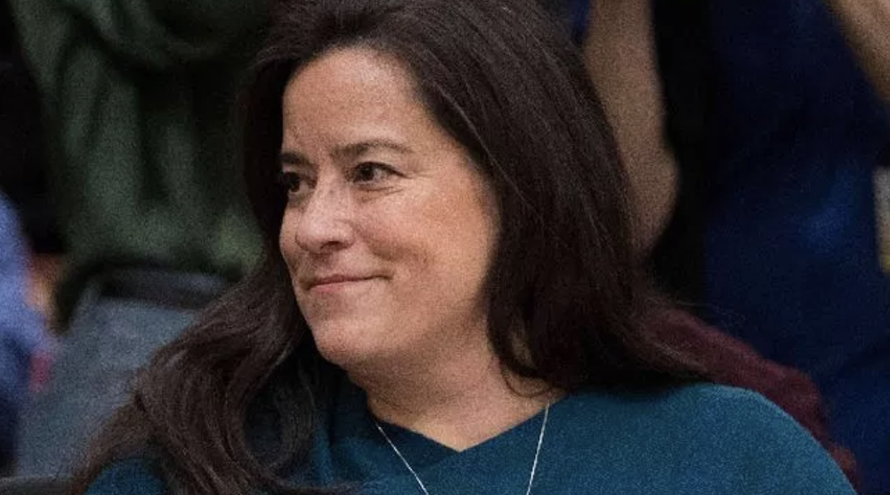 Answering questions posed by a conservative MP, Wilson-Raybould said she faced intense political pressure and veiled threats from at least 11 people involved in the government – either the PMO or the Privy Council Office – related to the SNC-Lavalin affair. She also said she was warned directly by Trudeau about the negative consequences should the company face prosecution, according to CBC.  One close aide to Trudeau has already resigned over the scandal.

Wilson-Raybould listed the people she had warned about “the inappropriate nature of these conversations” after they “hounded” her about the affair, including Trudeau, Finance Minister Bill Morneau, Clerk of the Privy Council Michael Wernick and the (now-fired) senior senior aide to the prime minister, Gerald Butts.

“For a period of four months from September to December 2018, I experience a consistent and sustained effort by many people within the government to seek to politically interfere in the exercise of prosecutorial discretion in my role as the attorney general of Canada in an inappropriate effort to secure a Deferred Prosecution Agreement (DPA) with SNC-Lavalin.”

“Within these conversations there were express statements regarding the necessity of interfering in the SNC-Lavalin matter, the potential of consequences, and veiled threats if a DPA was not made available to SNC-Lavalin,” she said.

During a series of meetings, one of which took place on Sept. 17, Wilson-Raybould described how Trudeau and Privy Council clerk Michael Wernick tried to reason with her after she informed them that she had decided not to overturn a decision from the director of the Public Prosecution Service to proceed with criminal prosecution against SNC-Lavalin.

After hearing her answer, Trudeau warned of potential job losses should the company choose to move, and purportedly asked her to “help out.”

“At that point, the prime minister jumped in, stressing that there is an election in Quebec, and that, ‘I am an MP in Quebec, the MP for Papineau,'” she recounted. ‘I was quite taken aback.”

At that point, Wilson-Raybould said, she posed a direct question to Trudeau while looking him straight in the eye, asking if he was politically interfering with her role and her decision as the attorney general.

“I would strongly advise against it,” she told the committee she warned Trudeau, who responded, “No, no, no, we just need to find a solution.”

During another conversation, PMO senior staffer Mathieu Bouchard purportedly told Wilson-Raybould when discussing the case that “we need to get re-elected,” and proceeded to pressure her to change her ruling.

After repeatedly refusing to yield, she was moved in January from AG to the head of the department of Veterans’ Affairs – which was widely seen as a demotion. She resigned from the cabinet soon after. It wasn’t until weeks later that reports surfaced alleging that the seemingly arbitrary move may have been carried out in retribution for her refusal to cooperate on the SNC-Lavalin case.

And with that, calls for Trudeau to resign grow louder.

There can’t help but be demands that Trudeau resign, now. This is extraordinary. #CDNPOLI #LavScam