The largest mobile carrier in the world – outside of China – Vodafone, has gone on record that it is temporarily halting purchases of certain components made by Huawei. The fallout caused by security concerns at Huawei could pose a threat to its growth and further harm its reputation, according to the WSJ.

Vodafone said it will temporarily halt the purchase of gear from the company for use in its new 5G networks that it is in the midst of a European roll out. As the reason, the company cited uncertainty about whether or not certain governments will eventually ban the Chinese company’s hardware.

Vodafone says the suspension is only going to affect networks in Europe and it hasn’t ruled out Huawei components from other large markets like India and Turkey. The company is now in talks with European government officials about what the potential impact of a ban on Huawei could be. 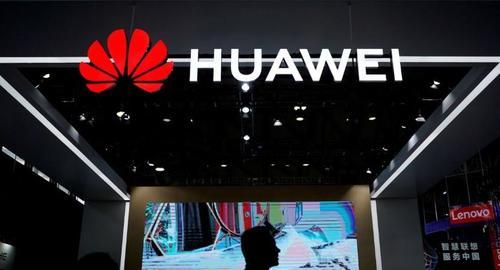 While wireless carriers around the globe are spending massive amounts of capital in their roll out of 5G, Vodafone wants to make sure it gets it right the first time. Huawei equipment in question is “core” component gear that “directs calls and internet traffic”. It would not have an effect on non-core network components, like cell towers.

A spokesperson for Huawei came out and said that the gear it provides to Vodafone only represents a small portion of the company’s business and that it’s going to continue to work with Vodafone to try and find a solution.

“We are grateful to Vodafone for its support of Huawei, and we will endeavor to live up to the trust placed in us,” a Huawei representative told the Wall Street Journal.

In recent memos, Huawei’s founder told employees to expect growth to slow due to the global scrutiny that’s been placed on the company. Ericsson also said on Friday that security concerns have caused some uncertainty in planning for its new networks. For now, the company’s CEO said it was still too early to tell whether or not Ericsson’s business would be affected.

“We probably won some contracts that we wouldn’t have otherwise,” a smaller telecom competitor executive said about scrutiny on Huawei.

US officials have long held Huawei as a national security threat, a symbol of China’s relentless information transfer, worried that the Chinese government could compel it to use its infrastructure and know-how to spy or reverse engineer the latest western technologies. The U.S. scrutiny has led governments in Australia, Britain, Canada, Germany, Poland and Japan to all examine their telecom supply chain, as well,while Australia and New Zealand have already restricted Huawei’s potential involvement in their coming 5G networks.