Slowing demand, an ebbing global economic growth outlook and ample gasoline supplies inform our reserved stance on balances, despite OPEC’s compliance with capacity curbs. The cartel and its partners will need to extend curbs into 2H to support benchmarks.

After last week’s huge surprise crude build, expectations were for another big build but DOE reports a mere 919k rise in inventories (well below the +3.15mm exp). Additionally, gasoline stockpiles dropped for the first time since November, by the most since October… 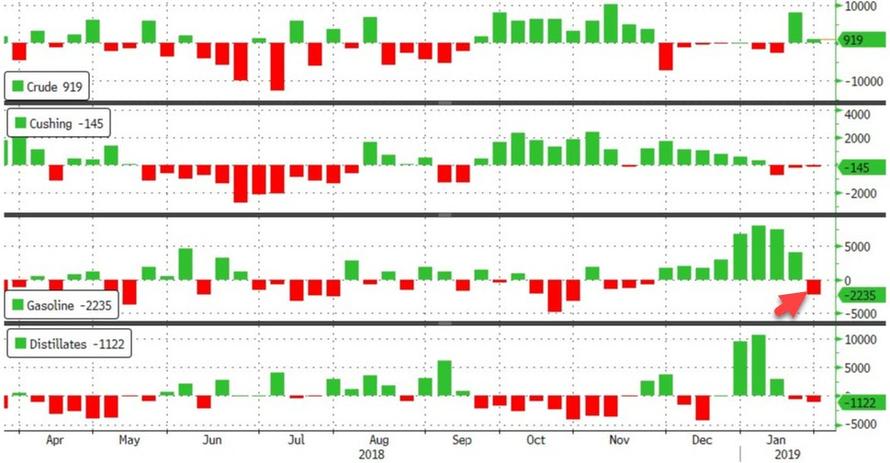 U.S. Crude Imports from Saudi fall to the lowest since Oct. 2017 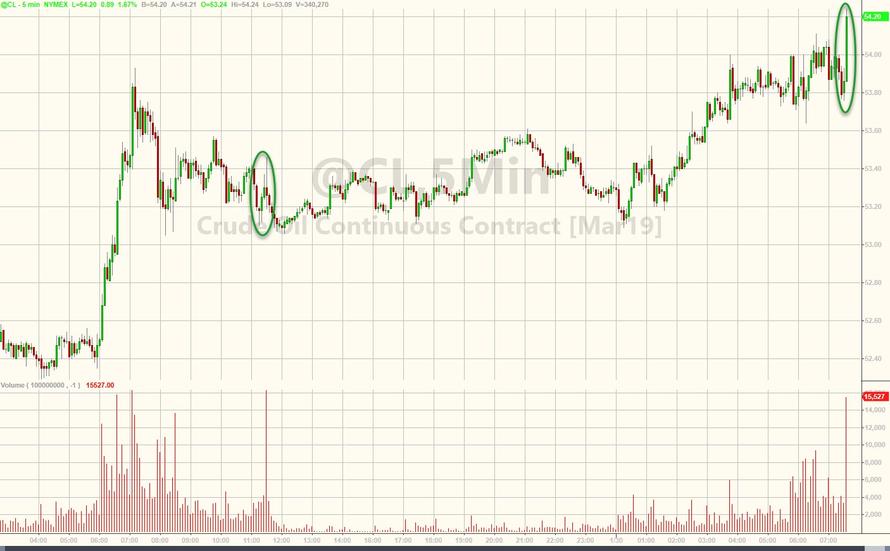 “Geopolitics have returned with a bang,” said Stephen Brennock, an analyst at PVM Oil Associates Ltd. in London. “This latest attempt to tighten the financial noose on embattled President Maduro will further cement Venezuela’s supply outlook to the downside.”