Having risen almost non-stop since the start of the year – despite dismal economic data, a still-tightening Fed, and an increasingly ‘easing’ PBOC – the last two days have seen offshore yuan start to fade.

Following stimulus headlines overnight (“but not a flood of liquidity” according to the PBOC), US Sen. Grassley admitted today that Sino-US trade talks had made “little progress” – both of which sent yuan notably lower.

This drop was interrupted by cable’s surprise surge (squeeze) after the Brexit vote (stronger pound, weaker dollar, stronger yuan), but yuan has reverted back down again to the lows after the PBOC injected a near-record amount of liquidity into the financial system. 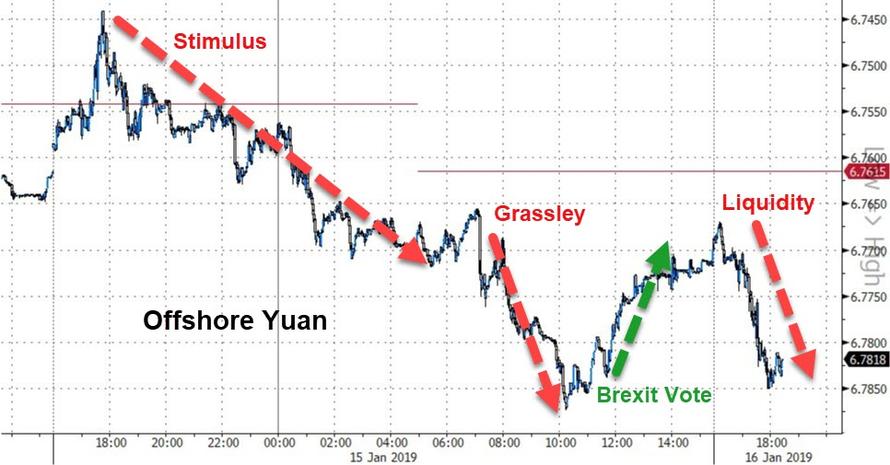 The PBOC injects net 560b yuan into the banking system using 7-day reverse repo contracts – one of the largest one-day addition on record, according to data compiled by Bloomberg. 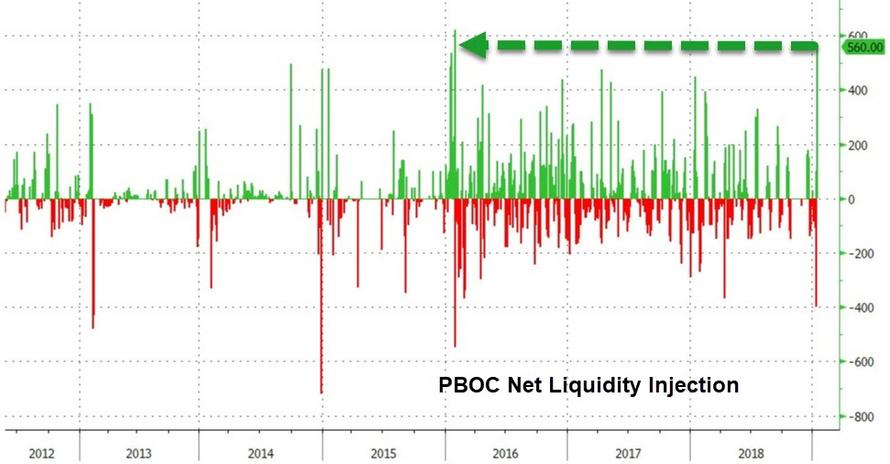 The move is aimed at “keeping reasonable and sufficient liquidity in banking system as liquidity falls relatively fast during peak season for tax payments,” according to a statement from the PBOC.

With the Lunar New Year falling on Feb 5th this year (two weeks earlier than last year), we suspect liquidity provisions will be a daily occurrence from here (the last 3 days have seen 340 billion yuan for a 28-day term injected – to cross the new year liquidity threshold).

Do not mistake this for ‘stimulus’ as it will be withdrawn or rolled and merely plugs a hole – that we suspect will grow larger as trade data suggested capital outflows are re-accelerating. 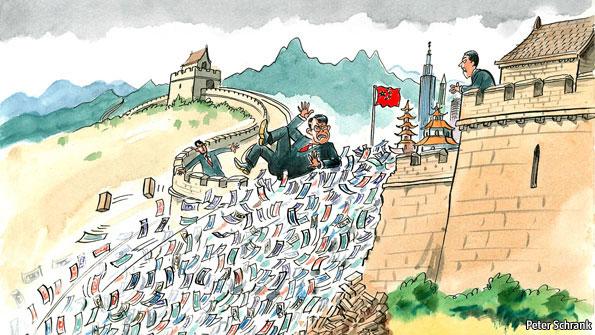