China’s yuan is resurgent in 2019, driving higher against all rationales, spiking to its highest since July tonight following suggestions from US Treasury Secretary Mnuchin that there are plans for top Chinese trade envoy Liu He to journey to the US later this month.

As Reuters reports, U.S. officials expect China’s top trade negotiator may visit Washington this month, signaling that higher-level discussions are likely to follow this week’s talks with mid-level officials in Beijing as the world’s two largest economies try to hammer out a deal to end a tit-for-tat tariff war.

“The current intent is that the Vice Premier Liu He will most likely come and visit us later in the month and I would expect the government shutdown would have no impact,” U.S. Treasury Secretary Steven Mnuchin told reporters on Thursday in Washington.

“We will continue with those meetings just as we sent a delegation to China.” 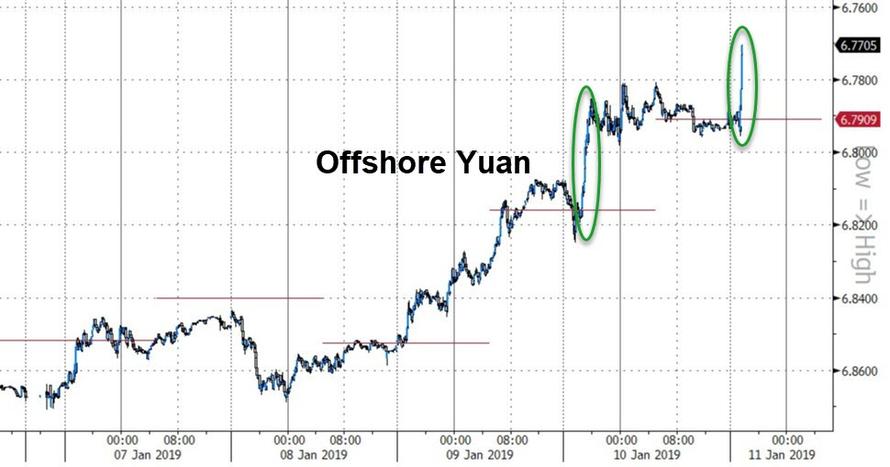 As Bloomberg notes, even after data on Thursday showed a sharp downturn in China’s factory-gate price gains, the yuan hit its strongest against the dollar since July. It’s up more than 1.5 percent so far this week, despite the central bank having moved to boost liquidity in the financial system. 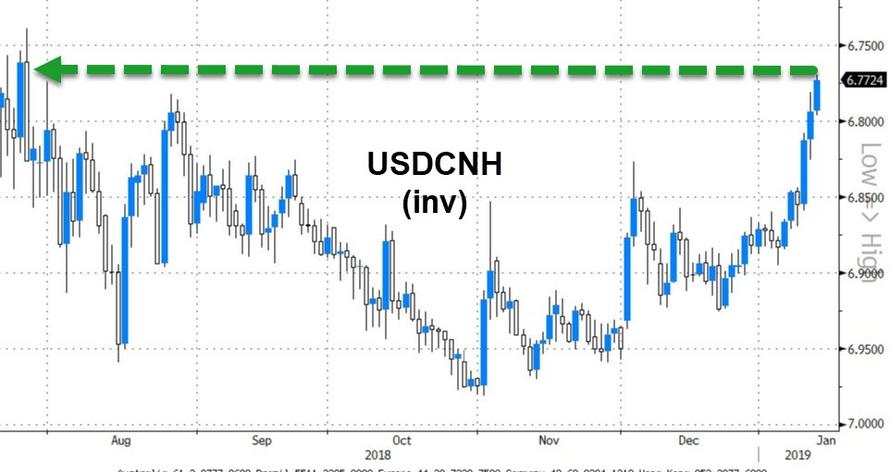 “The yuan can hold up fine” until the Fed hikes again, trade tensions resume and China “goes all-in on stimulus,” said Michael Every, head of Asia financial markets research at Rabobank in Hong Kong.

“It’s a ‘when’ and not an ‘if’ for when it reverses direction again and we test new lows.”

Because nothing says buy the nation’s currency like a collapsing economy, an increasingly easing central bank, and The Fed still tightening… 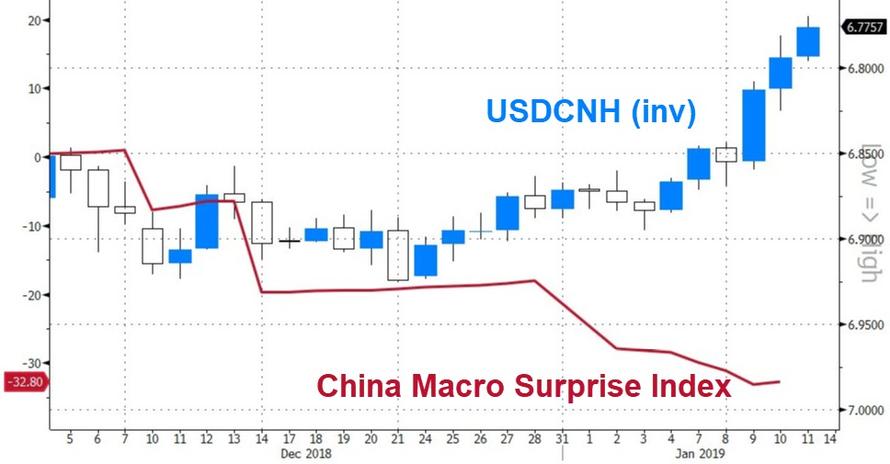 There is one possibility that explains the recent ‘odd’ gains in the yuan against the USD. Is the PBOC trying to re-align the currency with it’s recent ‘peg’ against gold? 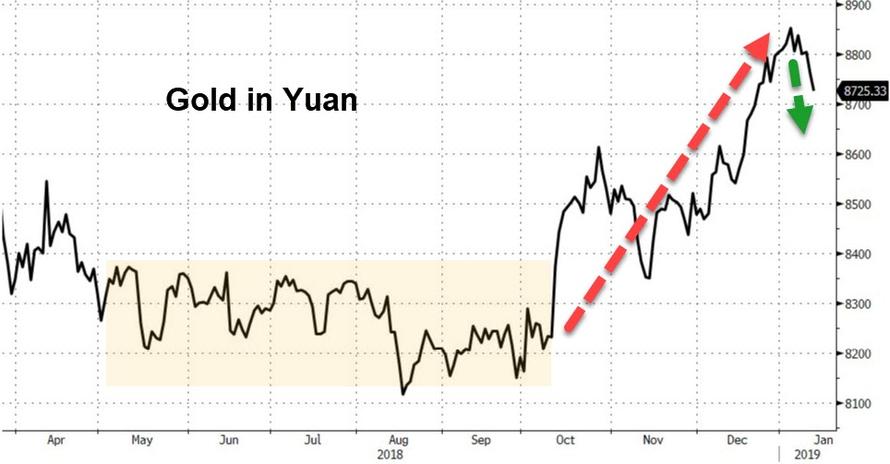 As we noted last year, it appeared they lost control of the well-managed pair in October (gold surging against the yuan). Is this latest yuan strength an effort to regain control?