Authored by Patrick Armstrong via The Strategic Culture Foundation,

I’m not sure what to make of Integrity Initiative (what a great gaslighting name: integrity? Hah hah: no, just furtive paid propaganda and opinion steering). But I watch the unfolding revelations with fascination. Certainly, the whole thing is bigger than it seemed at first and all the documents being revealed appear to be true. 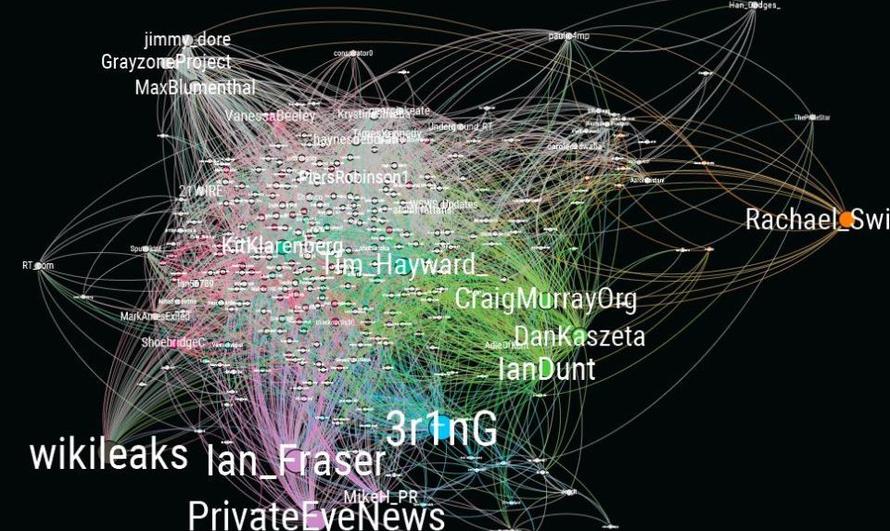 On the one hand, it looks like a group of superannuated old gits gassing on about how warfare today involves everything, especially “information warfare”, while last century it was only bullets. (Ever read any, say, Sun Tzu or Clausewitz? Or, speaking of the last century, Goebbels? How about Bernays?) And how we concerned individuals have voluntarily come together (assisted by £2+ million of the taxpayer’s money) to save democracy. Unpaid, unasked and unplotted. Completely conspiracy-free in fact. (Too late, the documents are out).

In short, that the essence of democracy is never to doubt what the Ministry of Truth tells you. There’s a naïve and bubble-like quality to this: they never think any thoughts but their own. So maybe these guys, instead of kveching at the mirror and shouting at the TV set, have figured out how to flim-flam the government into supplementing their pensions in return for pages of conspiracy-babble.

Or are we looking at something rather bigger? As John Helmer points out, there is a long history of British intelligence operating behind such “independent” and “disinterested” cover. Did they help start the Russia hysteria in the USA? Did they not only play up the Skripal affair but actually create it? Did they have an effect on Spain and Catalonia? Infiltrate Sanders’ campaign? What’s this “impose changes over the heads of vested interests. NB we did this in the 1930s” stuff? Is that a reference to the Zinoviev Letter forgery? (1924 actually, but they don’t look like people who bother to check details). Corbyn, of course, they see as another Kremlin stooge: is it time to “discover” a Dear Jeremy, How can I help you win? Your friend Vladimir letter? There is a danger these “clusters” of like-minded (and paid) flacks pose: in a time when the “news” media solemnly informs us that Putin has weaponised humour and Pokemon, to say nothing of killer squids, a group of “expert” “concerned citizens” who “voluntarily” appear can ratchet the hysteria up to further heights. (Although only a Russian troll would “emphasise the dangers of war in Europe (!!)”) They are trying to establish a base in the USA (“challenging the ignorance of, tolerance of or sympathy for the Russian activity” – tolerance!!?? the US media Russia-bashes 24/7!) So, no matter the temptation, we can’t write them off as silly old fools.

Here’s their website. And here’s some of their output, most of it written straight off the top of the head. Bellyfeel, as they say in Newspeak.

Its [Russia’s, of course] ongoing lawfare activities have shaken the pillars of the post-WWII security architecture in Europe. Who knew? The very pillars!

Russian state media have succeeded in persuading some parts of the Arab world that Russia intervention is required to resolve the region’s disputes, which appears be the ultimate goal of Russia’s strategy in the region. I don’t think it’s Russian media, I think it’s these guys. Here they are again in Manbij.

Russia attacked Georgia in 2008, lying that it was Georgia which had attacked Russia, absurd though this sounds when one compares the respective sizes of each country. A powerful argument, not heard before. (And not considered by the EU either; even its feeble report understood that Tbilisi attacked.)

Russia’s only aircraft carrier, Admiral Kuznetsov, is often presented as the most striking symbol of Russia’s resurgent military power. Really, by whom? I follow this stuff and I know Russians like to talk about Piotr Velikiy or their submarines but the elderly Kuznetsov is just functional. (Although, escort tug, belching smoke and all, it works and the British media gets the fantods every time it appears.) This piece tries to show that Russia’s infrastructure is falling apart. Maybe they should spend more time on YouTube.

The Kremlin lies. Repeatedly and seriously. This is the only conclusion which can be drawn if you accept the view of the British Government that the Russian state is behind the attack using a nerve agent on Sergei Skripal and his daughter, Yuliya. The Russian authorities have already put out at least 17 different versions of what happened. (47 here). Ah, but the prosecution doesn’t win if the accused can’t prove who did it. Presumption of innocence – isn’t that one of those fundamental principles you’re supposed to be defending? The problem with accepting the “view of the British Government” is that it requires superhuman doublethink and crimestop as this summary of the absurdities shows. The latest being that a bit of “Novichok” on a door handle requires removing the roof of the house while Zizzi’s, old roof and all, is open for business!

However, at no time has the Integrity Initiative engaged in party political activity and would never take up a party-political stance. Spain and Catalonia? Sanders? Corbyn? Stay tuned.

These guys really should get out more. If they were being paid by some private individual for this tripe that would be one thing; but the British government (and others?) is paying – in fact, it’s actually paying these people to influence its own policy. Think about that: that’s rather different. Even leaving aside all the stuff about “we did this in the 1930s”. It’s a bit Deep Stateish – it’s a lot Deep Stateish.

Or maybe it’s just a bunch of retirees swindling the government by writing fluff about how Russia is sapping and impurifying all our precious bodily fluids.

Sarcasm is fun but the big question is: who’s winning: these guys with millions and the support of most media outlets, or us with hundreds and sites like this one? But then we have reality on our side and, eventually, but it can be a long eventually, it bites.

You decide. Here and here are the hacks. Or are they leaks? Interesting question, eh? We owe much thanks to Anonymous for exposing these people. Add Kim Klarenberg to your Twitter feed – an actual reporter doing actual reporting! I think there’s lots more to be revealed.

I’m amused by Donnelly saying that the fact that their stuff has been hacked shows that they must be having an effect; no, there are people out there who are tired of the lies, secret manipulations and managed media campaigns whooping up war fever. They found you and they broke into your files. That’s all.